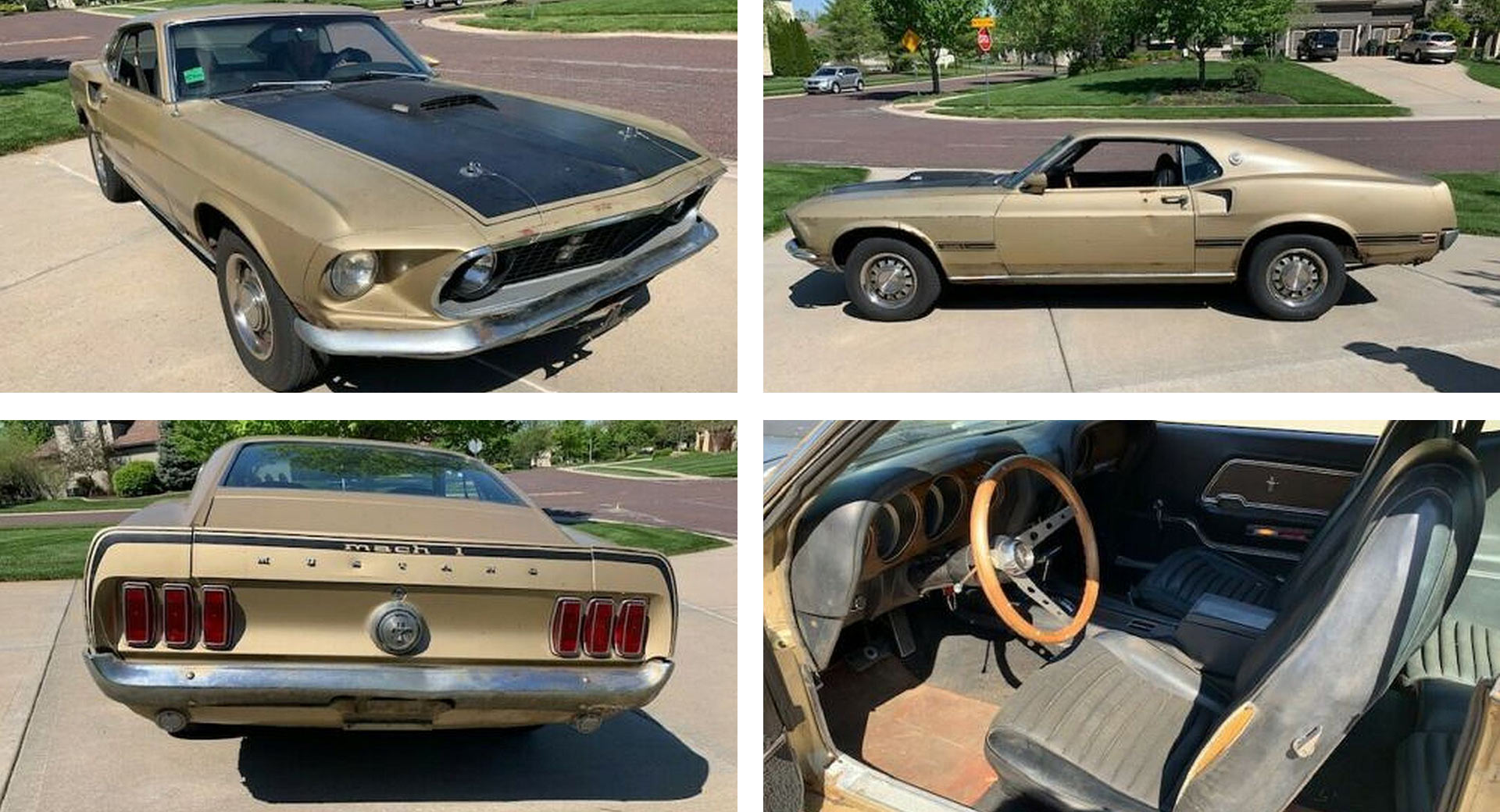 If you’re looking for a project car you can tinker with during the summer, this 1969 Ford Mustang Mach 1, currently up for sale on eBay, could be right up your alley.

The listing reveals that this Mustang rolled out of the factory on May 1, 1969 and has spent the last several decades in storage. Earlier this year, key mechanical components were revived but the car still needs a lot of work to return it to its former glory.

The interior of the pony car is in generally good condition but would benefit from a complete detailing to make it feel fresh and clean.

The good news is that the Mustang is said to be in good running condition. It recently had a new Holley carburetor installed and both the engine and transmission are running well, while all the major mechanical parts have matching numbers.