Spy photographers snapped a hardcore BMW M8 last year and speculation initially suggested it was a mid-engine prototype. We were skeptical and BMW ultimately confirmed the model wasn’t mid-engined at all.

Fast forward to today, and spy photographers have snapped new pictures of the prototype which is now believed to be an M8 CSL. While that remains to be seen, it’s certainly more aggressive than the standard model.

Starting up front, the car has been equipped with an eye-catching grille that recalls the one found on the Vision M Next concept. It sports a carbon fiber surround as well as red accents and an open design. 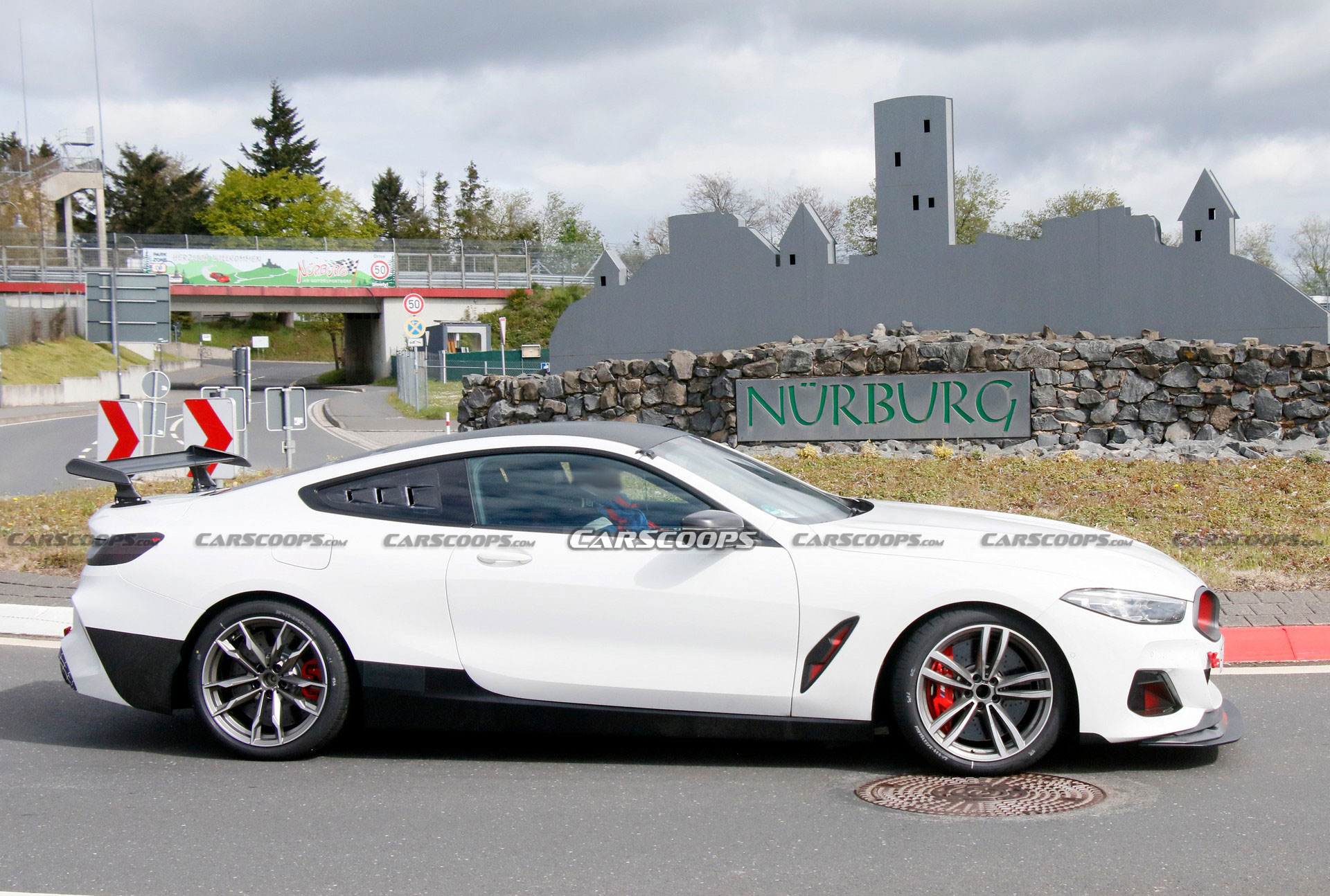 That’s just the tip of the iceberg as the model also has a carbon fiber splitter, unique front fender vents, and lightweight wheels that are backed up by a high-performance braking system with red calipers. We can also see a carbon fiber roof and vents where the rear quarter glass would normally reside.

Out back, the car is distinguished by a large wing and a unique diffuser with a F1-inspired third brake light. The model also has slimmer reflectors and what appears to be a familiar four-tailpipe exhaust system. 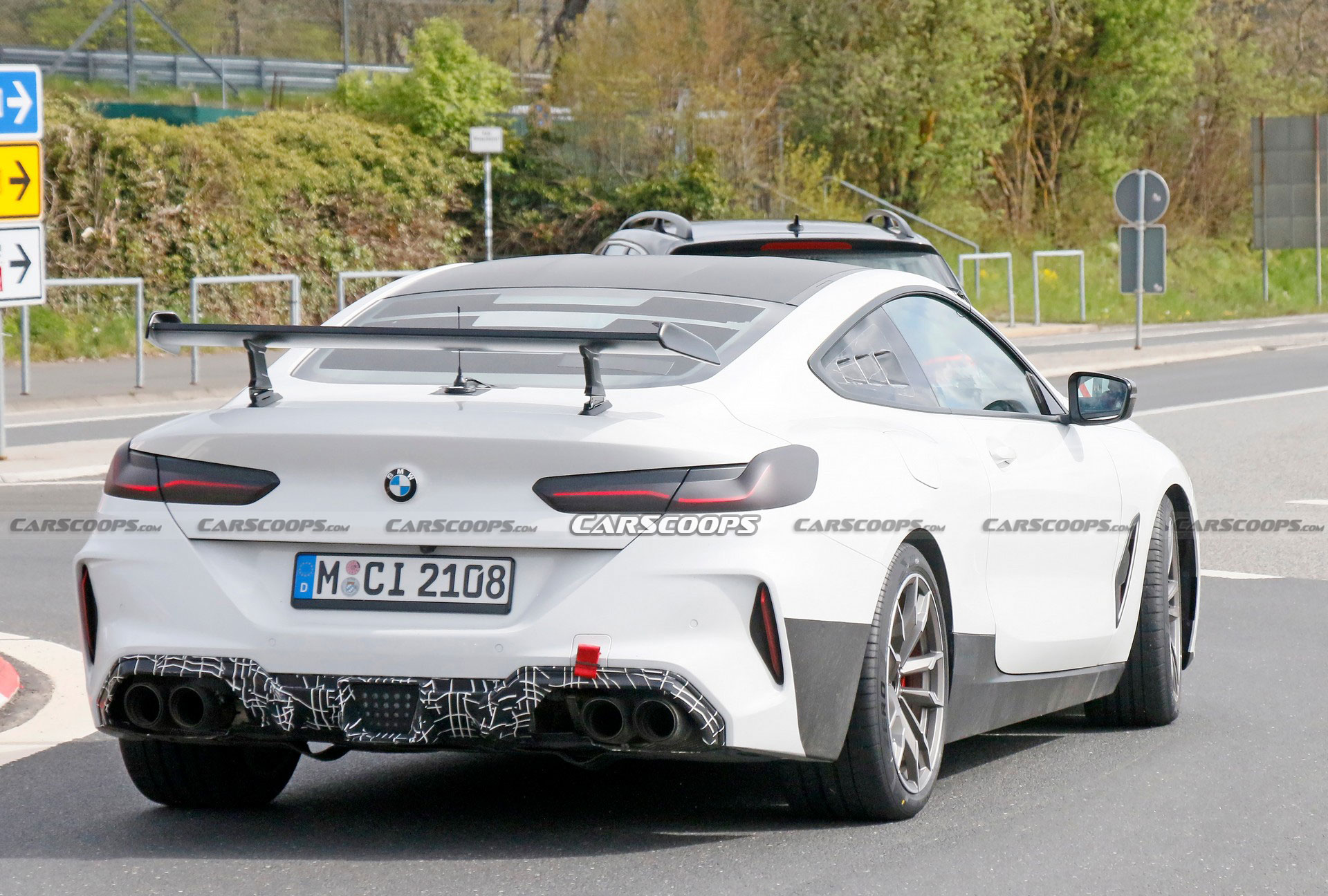 Speculation also suggests the model will feature a number of weight saving measures. These could include the use of lightweight glass as well as the removal of the rear seats.

While a lot of questions remain, the M8 CSL is expected to debut next year as part of BMW M’s 50th anniversary which promises to be a “year full of surprises.”