Hyundai has confirmed that it will unveil the high-performance Elantra N on July 14 at 9:30 AM South Korean time (for Americans that will be 8:30 PM EST/5:30 PM PST on July 13) in its latest teaser. The short video features the outline of the car, the date, and some good audio of the engine revving.

The teaser also features a collection of two-letter and three-letter abbreviations scattered about the car. While the nature of the abbreviations hasn’t been made explicit, their location on the car would seem to suggest they represent driver technologies. The “ELSD” on the wheel could suggest that the car will have an electronic limited-slip differential, while the “ETM” could be an electronic traction management system.

We caught an earlier official glimpse of the Elantra N on June 21, when Hyundai released a few images of the car steeped in shadow. There was enough light, though, to make out a wing, a big exhaust tip, red highlights, and a sporty blue paint job. We could also make out some large, attractively designed wheels. 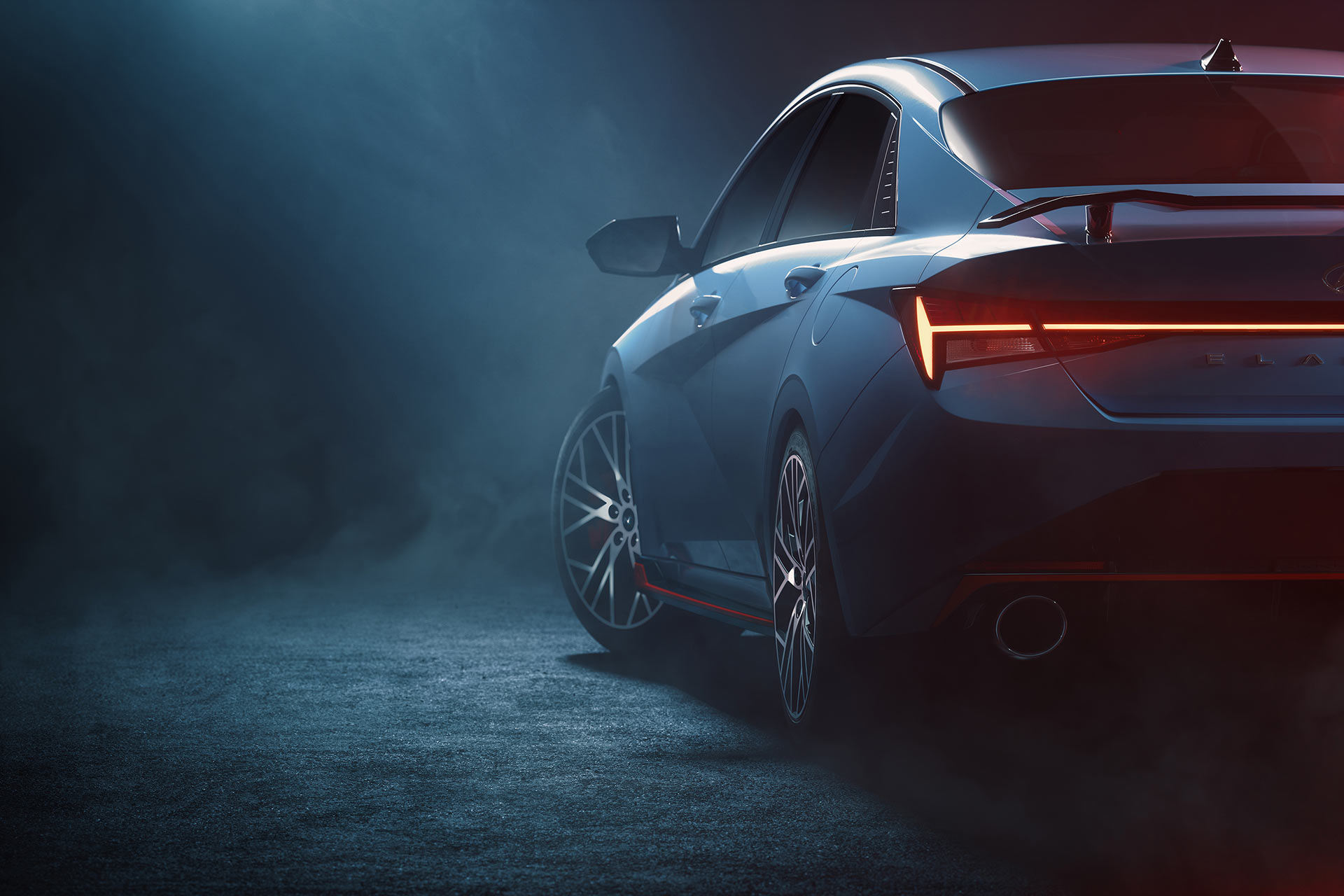 Following that teaser, Hyundai released another one on July 2 that suggested that, along with the reveal of the Elantra N, there would be a reveal related to the Nurburgring, as a pen could be seen drawing the track. Whether Hyundai will announce a record or simply wants to suggest that the car was developed at the legendary track is a question that only time can answer.

Although official details have not been released, reports suggest that the Elantra N will be powered by a 2.0-liter turbocharged inline-four producing somewhere in the neighborhood of 275 hp. An eight-speed auto or six-speed manual transmission will be offered to buyers and if it’s anything like Hyundai’s other N products, it should be a pretty fun car to drive.