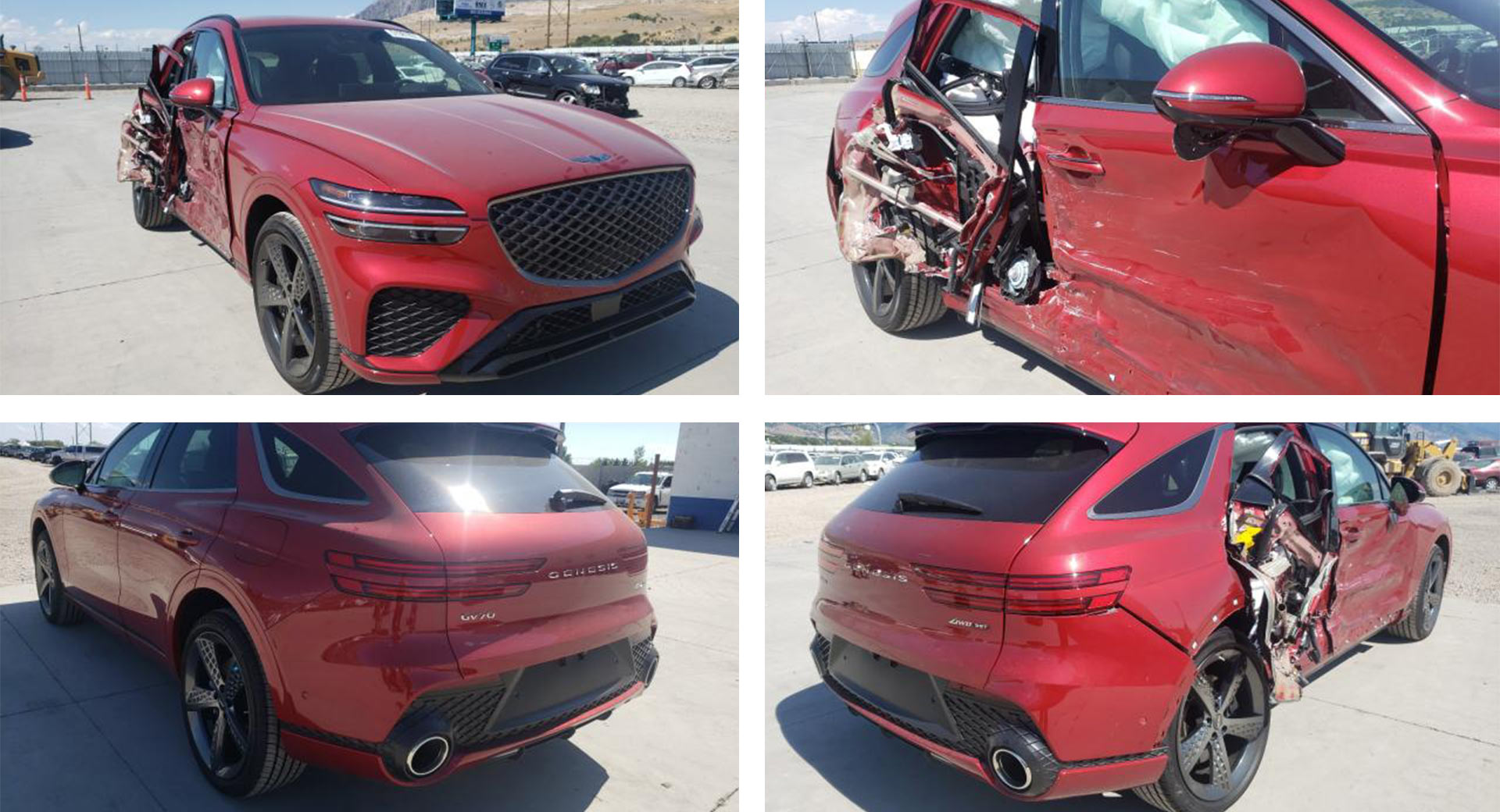 The 2022 Genesis GV70 only recently touched down in the U.S. and already, one example has been destroyed.

This listing doesn’t specify what exact variant of the GV70 this is, but we can see it is powered by the flagship 3.5-liter twin-turbocharged V6 (as evidenced by the exhausts) and is painted in the same shade of red that Genesis launched the car with.

As is typical of Copart auctions, no mention is made about how the luxurious SUV ended up in this sorry state. However, as most of the visible damage appears limited to the passenger side front and rear doors, it either hit something from the side or was perhaps T-boned by another vehicle. Whatever the explanation, the damage has been severe enough to send the GV70 straight to the scrapyard.

As the damage is limited to the passenger side, the SUV still runs and drives, which is good news as it had only been driven 179 miles (288 km) at the time of the crash.

The listing notes that the GV70 in question has a retail value of $53,964 and while it may be repairable, we suspect someone will probably buy it with the intention of stripping it back and selling it for parts. After all, Genesis’ 3.5-liter twin-turbocharged V6 has proven itself to be an excellent performer and it would be great to see it live on in another vehicle.

Not only can the powertrain be salvaged but much of the front and rear fascias, as well as parts across the driver’s side can all be saved, as can many interior parts.