It seems the market for clean, relatively affordable MkIV Toyota Supras has all but disappeared, and this car is one of the many nails in the coffin. Selling for $201,000 on Bring A Trailer, it was the same 1995 Supra we had reported on a little over a week ago, and even then we thought the asking price of $136,000 at the time was absurd.

All that being said, this is probably one of, if not the most desirable MkIV Supras you could get your hands on, featuring a red over tan color scheme, a turbocharged 2JZ-GTE engine, a six-speed manual transmission, and the “Sport Roof” removable top. On top of that, the car has only ever had one owner, who only drove it 6,571 miles (10,575 km) in the past 26 years. 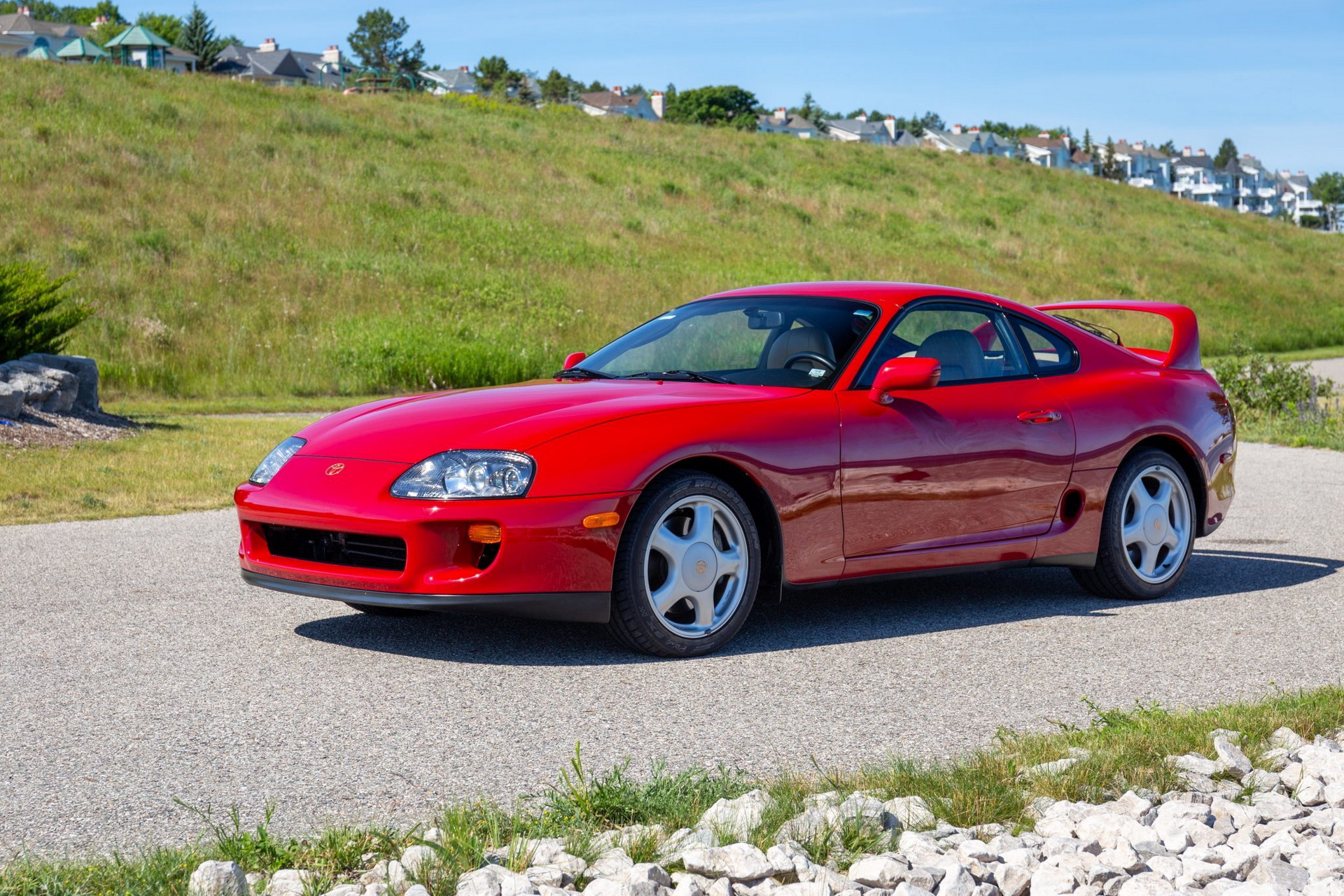 As mentioned before, this car’s exterior wears the famous Renaissance Red paint, and complementing it is gold badging and 17-inch silver wheels. It also features the iconic wing out back, but is it really a Supra (especially a $201k one) without it? Additionally, this car features the “Sport Roof” top, which is removable in a sort-of-targa fashion.

See Also: Toyota Supra From Fast And Furious Sold For A Record-Breaking $550,000 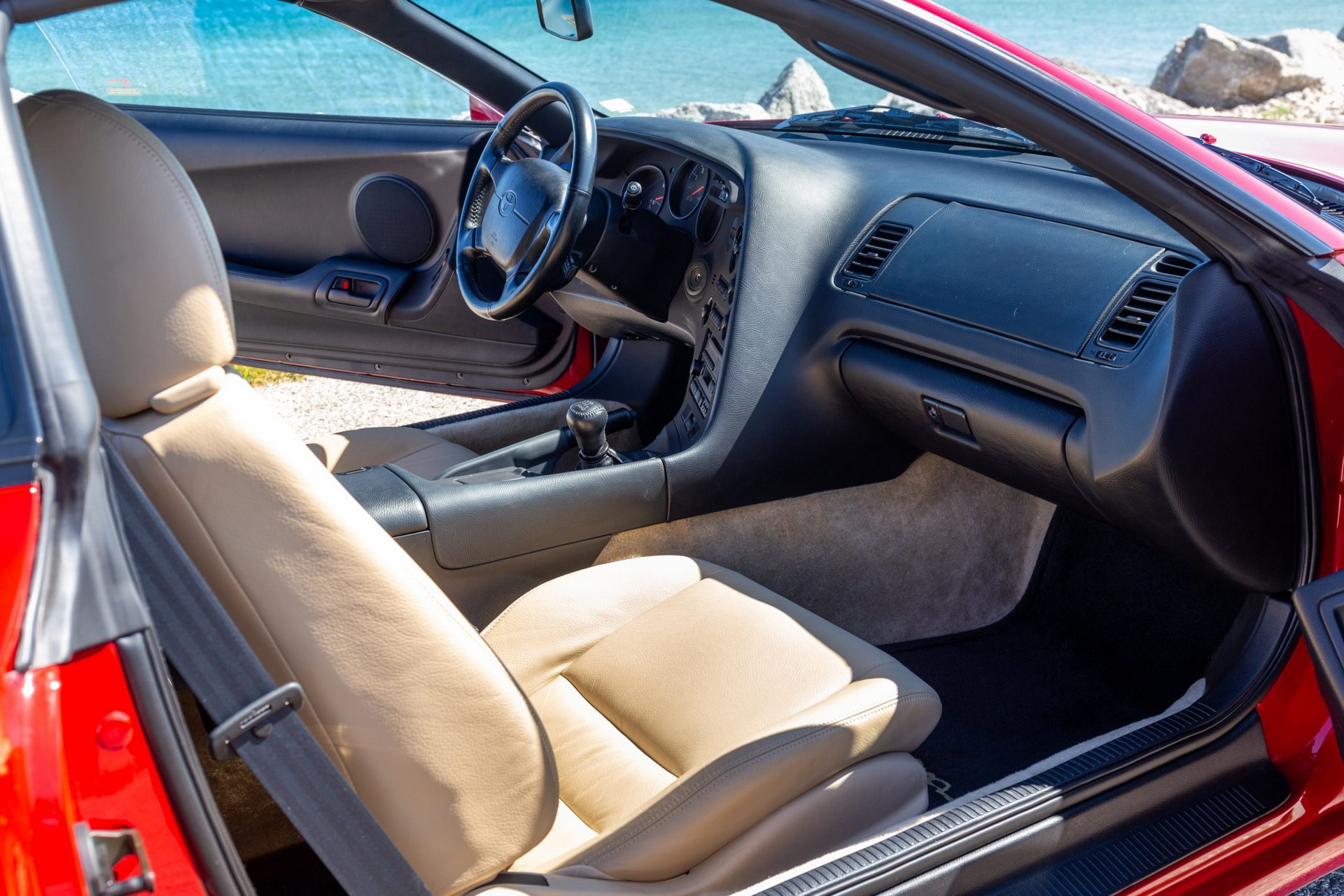 The fighter jet-like interior is upholstered in Ivory leather, which features the same color carpeting to match, and a black dashboard for contrast. Some of the car’s equipment includes automatic climate control, dual front airbags, cruise control, and a factory CD/cassette stereo. The interior as a whole, along with the rest of this car, is bone stock, which is likely at least part of what contributed to its astronomical selling price.

Read More: Toyota Gazoo Racing To Reproduce More Genuine Parts For The A70 And A80 Supra 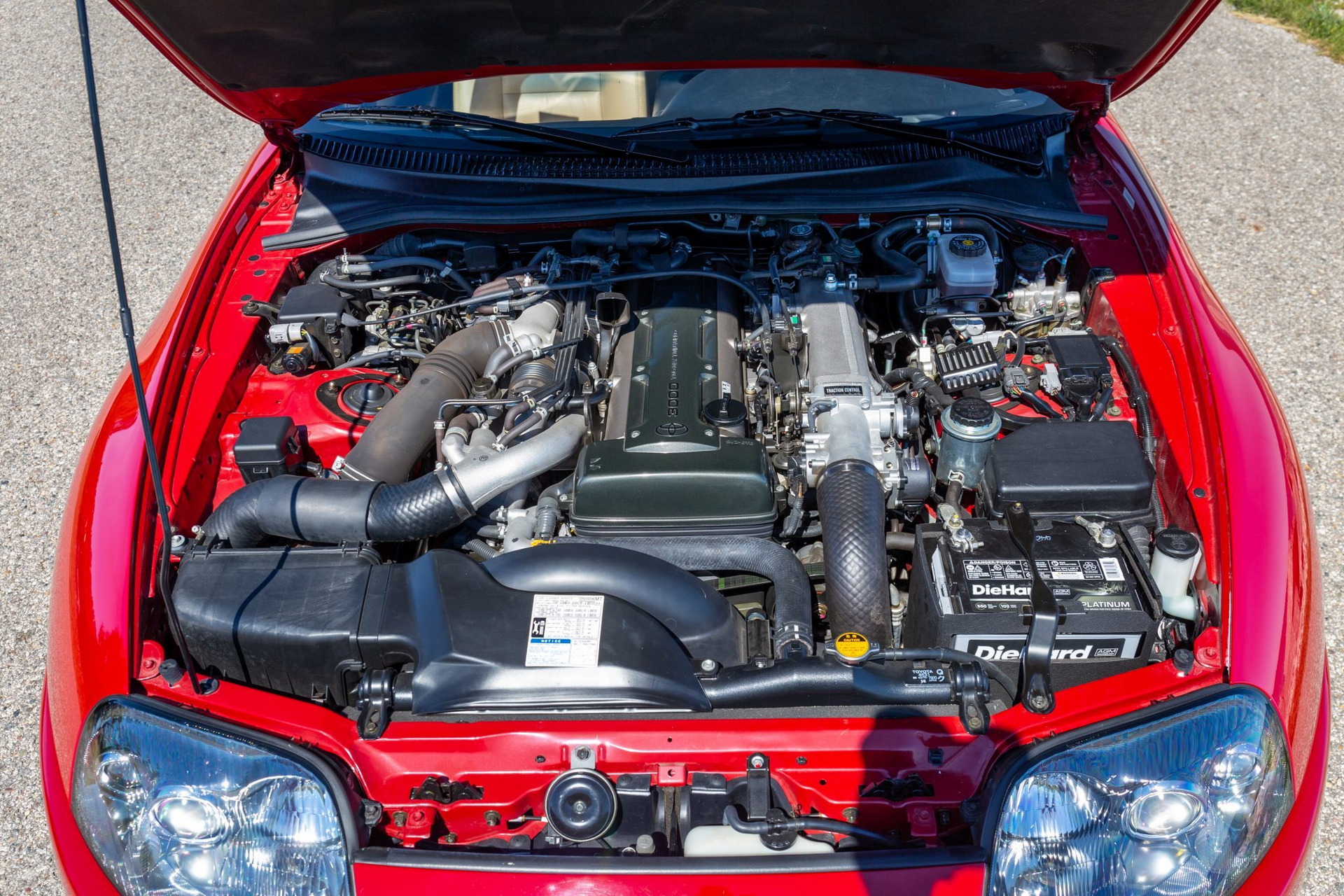