What would you do if you wanted a two-seater convertible but you also needed a pickup? Well, you could either buy two different vehicles – or get this custom Dodge Ram 1500 that serves both purposes.

We found this weird car on a Facebook Marketplace ad where the owner (and builder) has it listed for $7,500. The vehicle, located in Spicewood, Texas, is based on a third-generation Dodge Ram 1500 from 2003. Under the hood, there is a 4.7-liter Magnum V8 mated to a five-speed manual which sends power to the rear wheels. The factory-spec engine produced 235 hp (175 kW / 238 PS) and 295 lb-ft (400 Nm) of torque, although we don’t know if this unit has received any modifications. 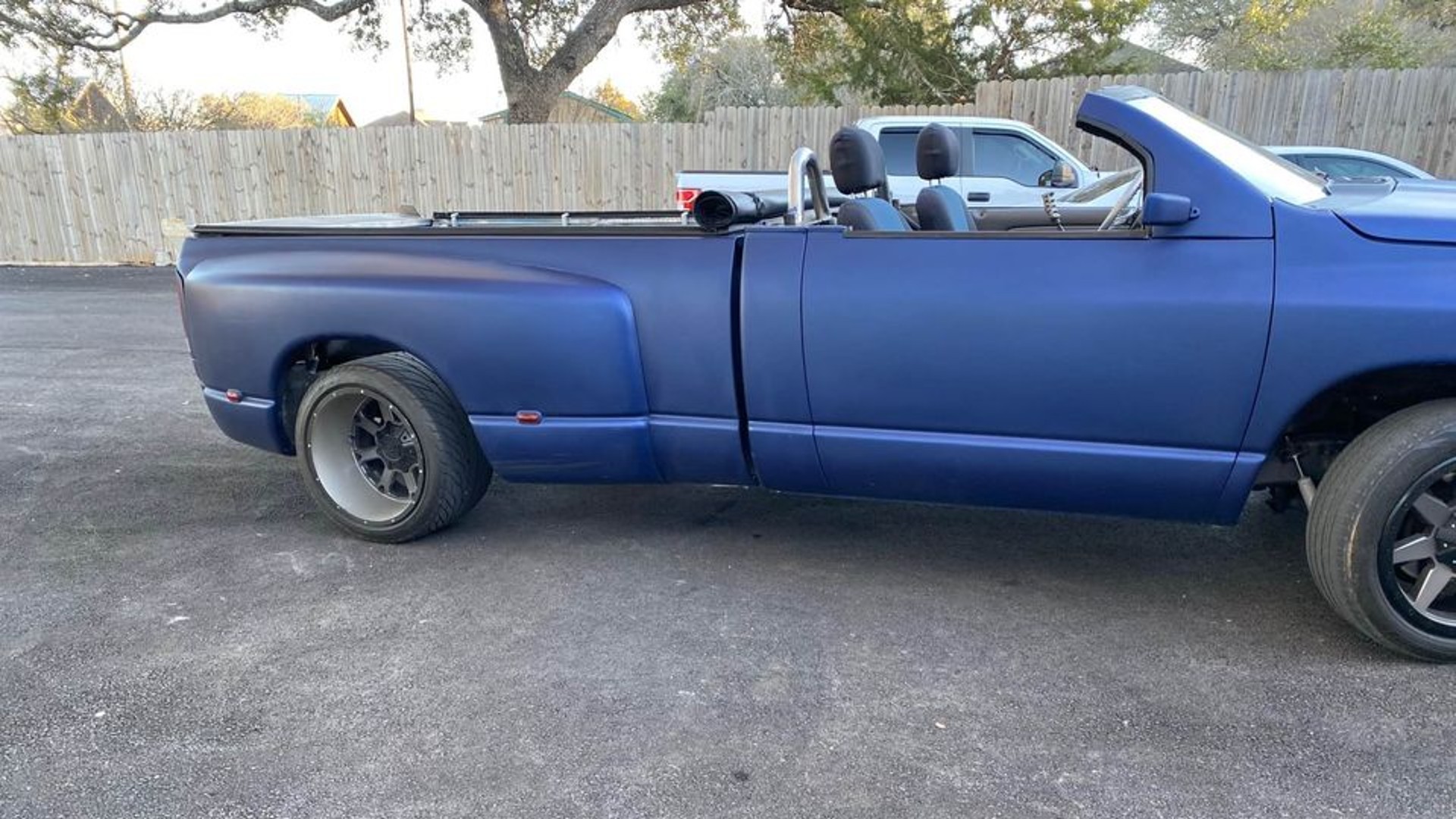 Besides the obvious modifications on the bodywork including chopping up the roof and adding a new windshield and wide rear fenders, the pickup got a new air suspension with tubular upper and lower control arms and two air compressors and it rides on 20-inch wheels that are wider on the rear end to match the dually’s wider track. There is also a fuel cell in the rear bed but it’s not connected to the fuel vent system so there is an engine light always on.

Unfortunately, the equipment doesn’t include air conditioning or a heater, so you will have to rely on good weather to stay cool. Actually, this car doesn’t even have a dashboard, but at least there is an instrument cluster, a three-spoke steering wheel, and a small rearview mirror for your convenience.

See Also: Aznom Palladium Detailed In New Image Gallery, Has It Grown On You Yet? 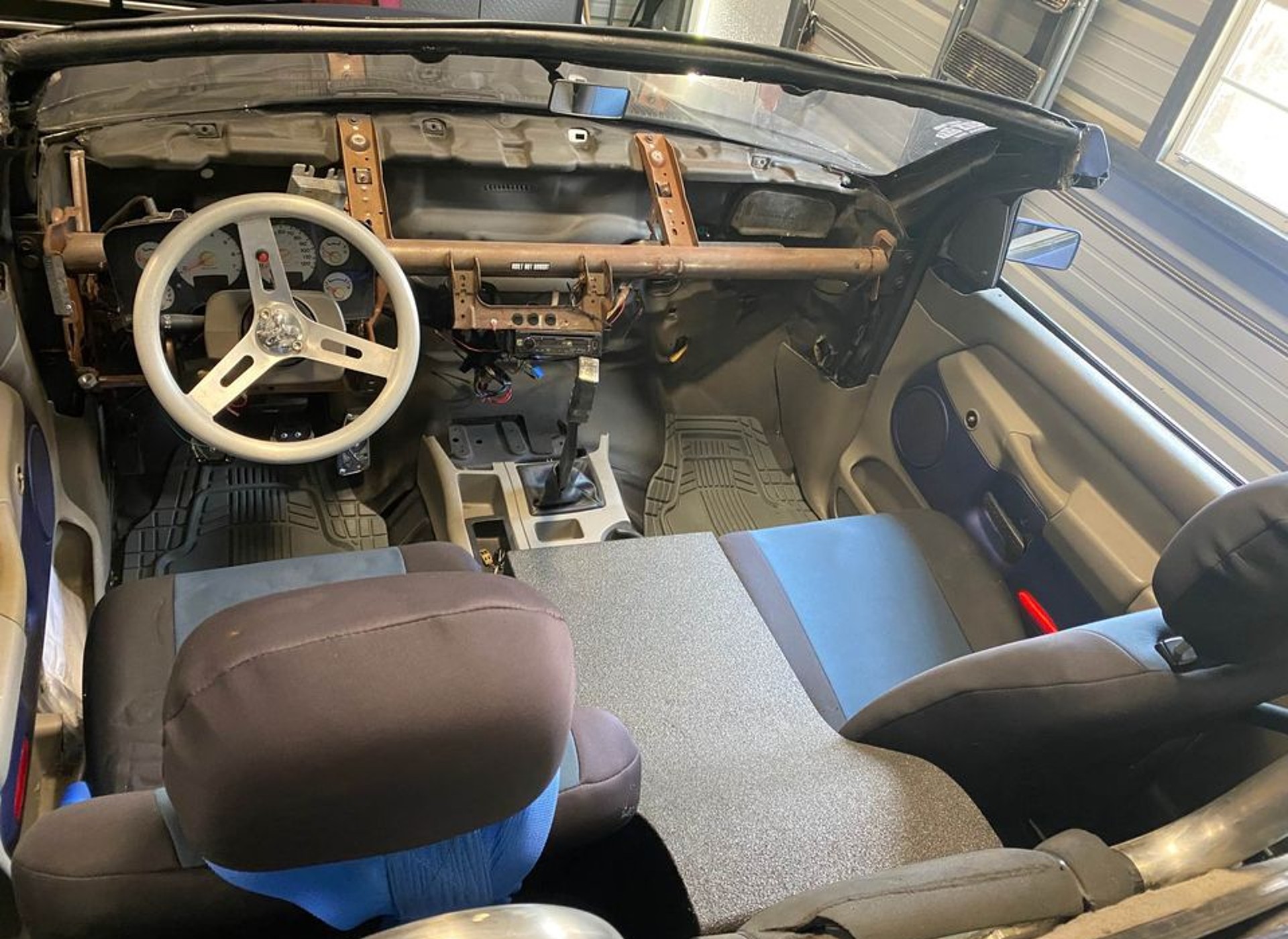 Despite the spartan looks, the newly added and extremely loud sound system by Memphis audio will make sure you get even more attention every time you fly by listening to your favorite tunes. It includes a 15-inch subwoofer, 4 x door speakers, and 2 x amplifiers located under the seats. According to the seller, it costs $2,500, which is one-third of the car’s price.

The seller suggests that the modified truck “runs and drives good” and describes it as “an amazing eye-catcher”. He admits that the fun project is far from finished but he has already put a lot of work into it. Would you be willing to continue this crazy build?