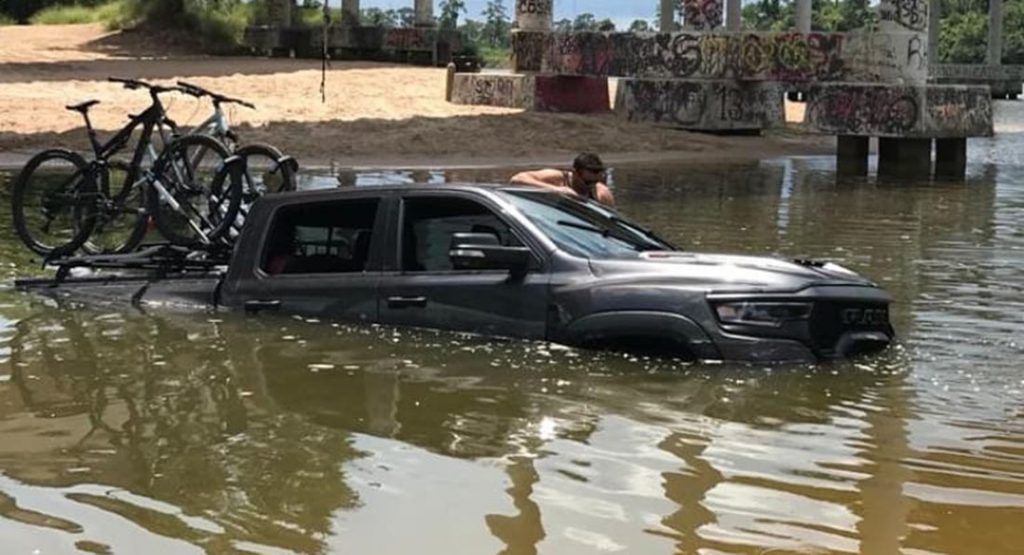 The Ram 1500 TRX is one of the fastest and most capable off-road-focused pickup trucks out there but as the owner of this particular example recently discovered, it’s not invincible.

Pictures shared to the Xtreme Off-Road Park page on Facebook show a grey TRX that was driven into a body of water that was clearly far too deep for it.

While we can’t say for sure, it certainly seems as though the owner of the TRX decided to drive between two sandbanks under a bridge. However, the water was far too deep for the Hellcat-powered pickup and it appears to have become stuck. The water was just deep enough to fill the bed and cover most of the doors. It is hard to say how much damage the engine sustained but it could have sucked in some water while the owner was attempting to make the crossing.

Unsurprisingly, Facebook users commenting on the post haven’t held back in criticizing the driver. “The bikes still work,” said one user, while another joked that the owner couldn’t afford the repayments on the truck and drove it into the water intentionally.

We haven’t been able to find any information to determine how long the truck was stuck in the water before it was retrieved. It’s also hard to say how much damage the TRX has sustained, but we have a hunch that repairs aren’t going to be cheap.