No less than 13 vehicles from Mad Max: Fury Road are currently up for auction in Australia.

Mad Max: Fury Road was once of the biggest Hollywood blockbusters in 2015, starring Tom Hardy and Charlize Theron. A plethora of wild vehicles was commissioned for the film, which was basically one long, spectacular-looking chase sequence, and some of them are now up for grabs through a Lloyds auction.

Read Also: This VW Beetle Looks Like A Reject From A Mad Max Movie

Included as part of the sale are the War Rig, the Gigahorse, the Doof Wagon, Nux Car, two convoy cars, the Razor Cola, Poke car, Sabre Tooth, Fire Car, Caltrop, a buggy, and a Buick. Those names may not mean much to you but photos of each car are included. 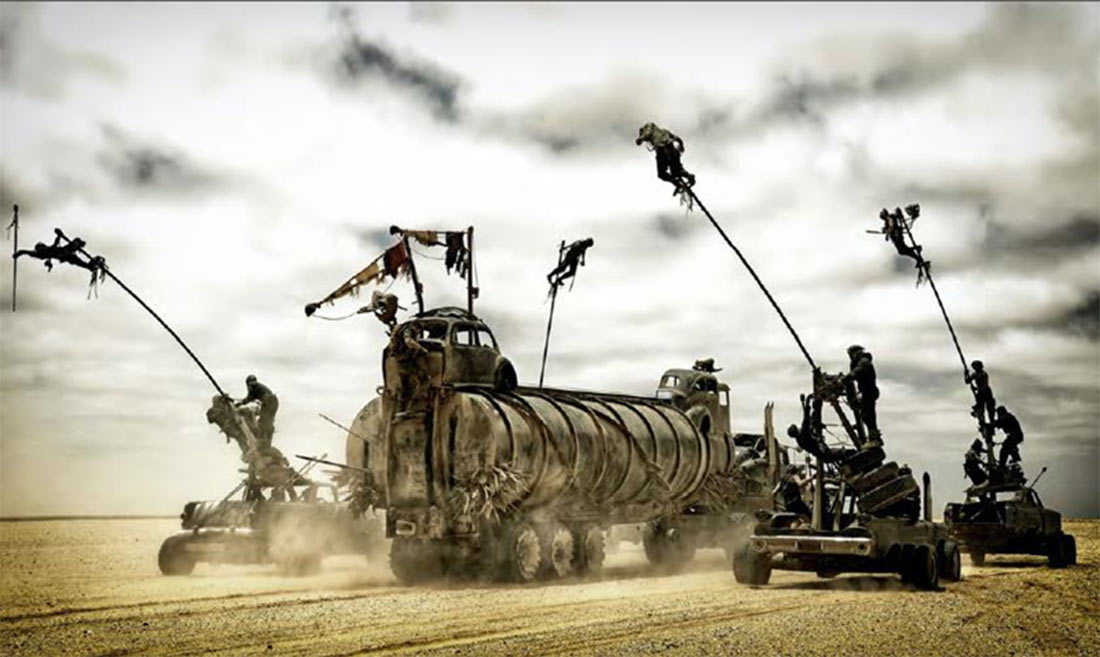 One of the craziest creations is the War Rig. It is the “mutant lovechild of a semi-trailer and hot rod” and features two V8 engines, six-wheel drive, and is an 18-wheeler. The Doof Wagon from Mad Max is also rather ridiculous and features dozens of speakers and is based on a M.A.N. missile carrier.

Perhaps the most famous of them all is the reborn Interceptor that had a starring role in the film. It is based around a 1973 Ford XB Falcon Coupe and has a powerful engine sticking out of the hood. It has also been equipped with off-road-focused tires.

The biggest highlight of the auction however is the Gigahorse. Made from not one but two 1959 Cadillac Coupe de Ville bodies, this gorgeous monstrosity represents post-apocalyptic excess in the best possible way. It even has two V8 engines, serving as one of the most memorable bad-guy cars in modern cinema history.