Remember the VW Beetle GT racecar from Gran Turismo Sport which was going to spawn a real-life bodykit? Well, tuning companies JP Performance GmbH and Prior design have completed the first car as we can see from a video posted a few days ago on the former’s YouTube channel.

The bodykit does its best to make the Beetle look like a proper Beetle RSi successor, even better than Volkswagen’s own 2011 Beetle R Concept. The most striking feature is the fender extensions which are connected with the aerodynamic flaps on both the front and rear bumpers creating a DTM-style effect. In a weird fashion, dual exhaust pipes are exiting from the inlets on the front fenders.

See Also: For $62,335, The Wild And Super Rare VW Beetle RSi Will Trade Your Flower For VR6 Power 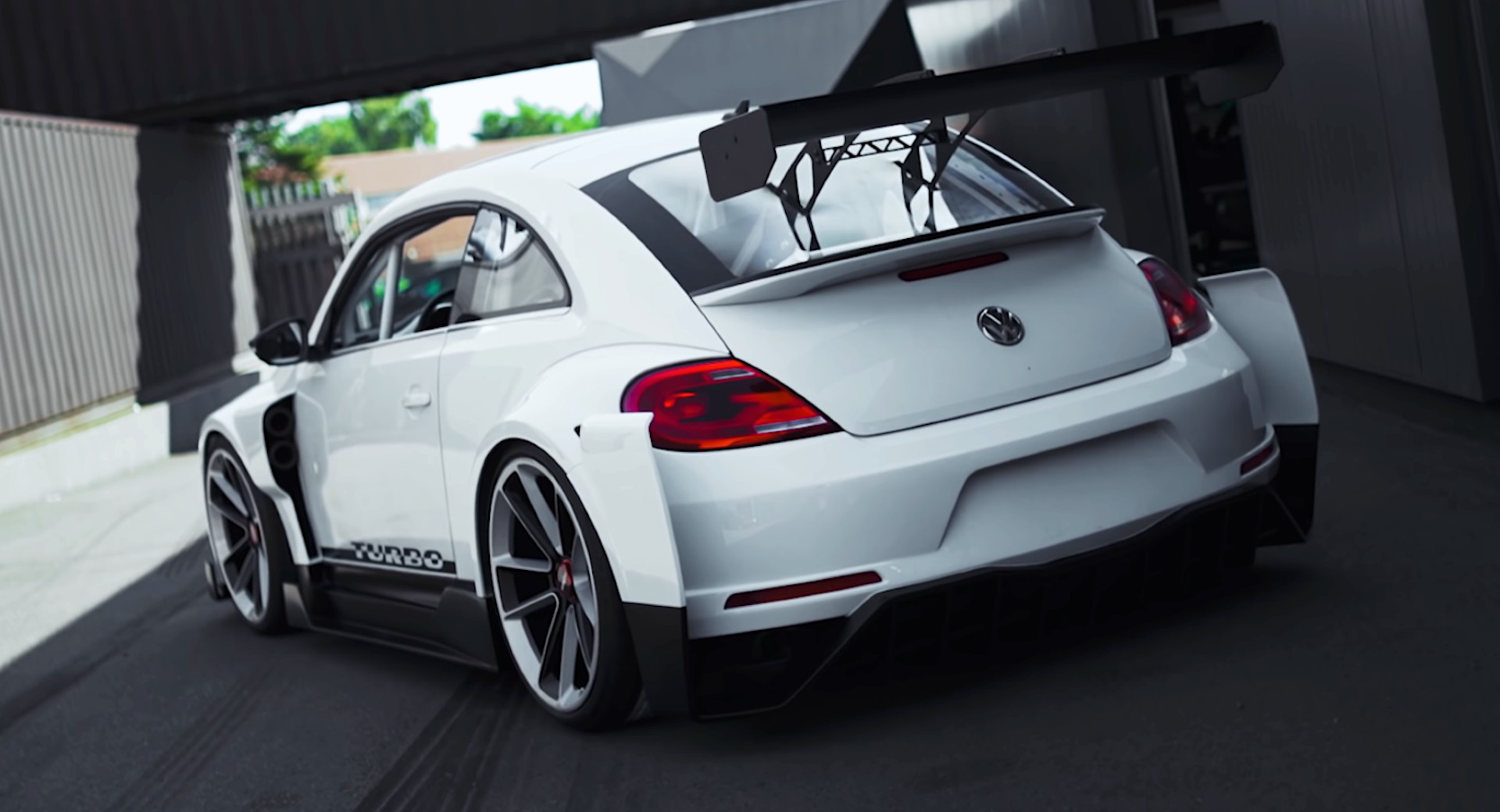 The Beetle GT wouldn’t be complete without the yellow LED lights on the custom-designed front bumper which also features a wide lower intake and a prominent splitter. On the side, there are black sill extensions to match the increased width and a set of huge five-spoke alloy wheels wearing ultra-low-profile tires. The tail is equally impressive with a huge wing mounted on the rear windscreen and a diffuser fitted on the stock bumper.

The bodykit is offered as a standalone visual upgrade, but the guys at JP Performance took it a step further and added some mechanical changes. The Audi-sourced turbocharged 2.5 TFSI five-cylinder engine seems like the perfect choice for this build. After all, the last Beetle was based on the VW Group’s MQB platform which makes it compatible with several performance parts borrowed from the VW Golf GTI and Golf R, and the Audi TT RS and RS3. Given that the engine has been tuned, it will definitely produce in excess of the 394 hp (294 kW / 400 PS) and 500 Nm (369 lb-ft) of torque found on the previous-gen stock unit. 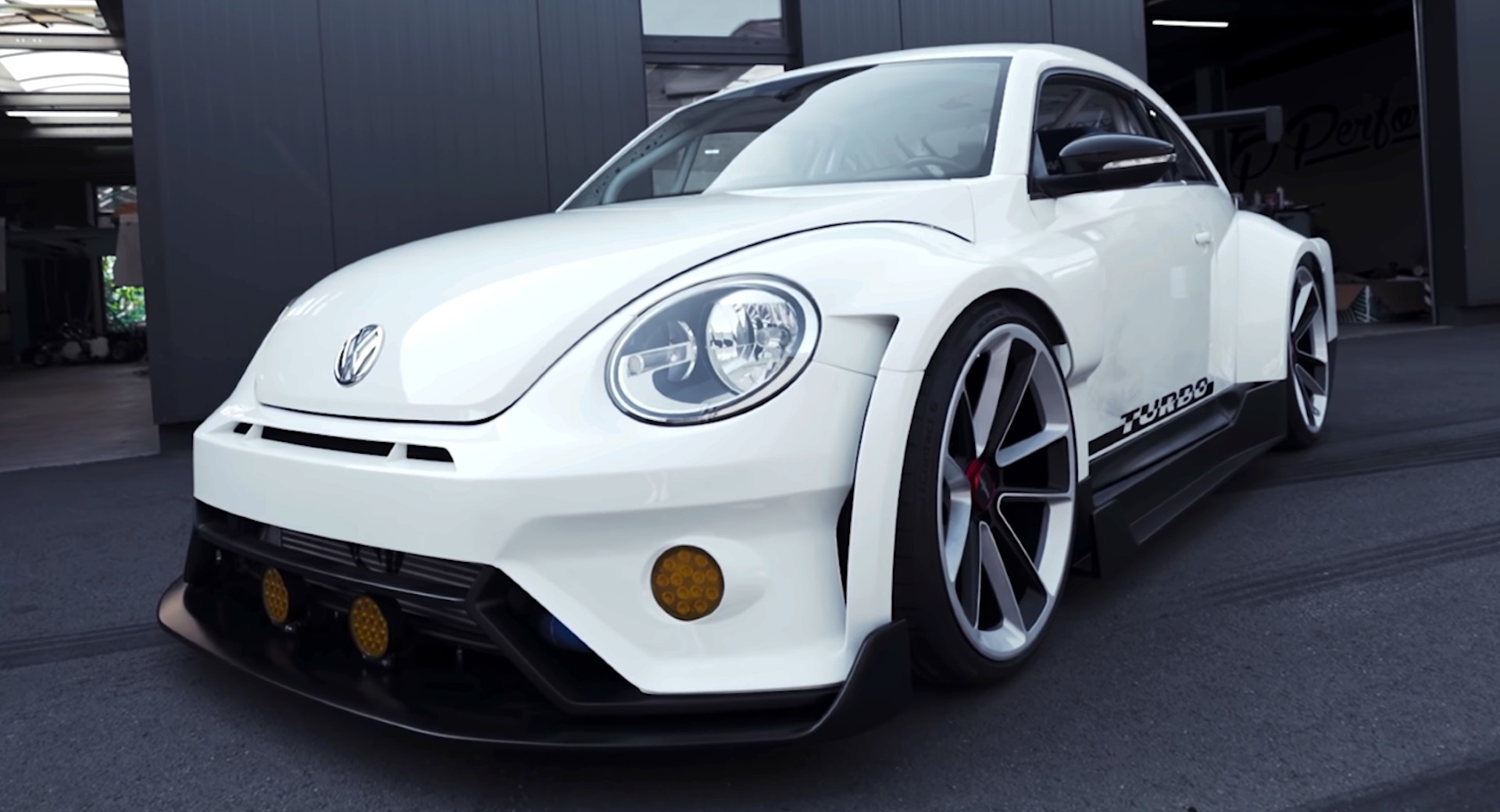 The creators of the bodykit claim that both Volkswagen and Polyphony Digital have approved the build. If you are interested, the Beetle GT bodykit will be offered in a limited run of 53 units. Our visit to the official website of Prior Design confirms that you can still place your order.

The conversion is compatible with all last-generation Beetle models built between 2011 and 2019. The bodykit alone costs €5,990 ($7,073), while there’s no price quote regarding the mechanical upgrades.

All pictures are screenshots from JP Performance’s video