Few supercars and even less that are at a reasonable price point will be more exciting than the 2023 Chevrolet Corvette Z06 and its engine is shaping up to be something quite extraordinary.

Powering the car will be a 5.5-liter naturally-aspirated V8 with a flat-plane crank, derived from the engine of the C8.R race car. Performance specifications for this engine have yet to be announced but we know it will have over 600 hp. It may not match the 650 hp of the C7 Z06 but it will definitely sound even better.

As Hagerty notes, this engine is also poised to set some intriguing records. For one, it will be the largest displacement V8 with a flat-plane crank. This record is currently held by the 5.2-liter Voodoo engine of the Ford Mustang Shelby GT350. The largest flat-plane V8 from Ferrari displaced ‘only’ 4.5-liters so Chevrolet’s engineers will have to work hard to reduce unwanted vibrations from its larger engine.

Additionally, the Z06’s engine should out-muscle the Voodoo V8 with torque, setting a new record for most torque from a naturally-aspirated flat-plane V8. The GT350 has 429 lb-ft (581 Nm) and while we don’t have confirmation of the Z06’s torque figure, the C8.R racer has 480 lb-ft (650 Nm) and is restricted to comply with racing regulations. The Z06 should also have the highest redline of a performance car from the U.S., also beating out the GT350 with its 8,250 rpm redline and approaching the 9,000 rpm mark.

There is one other record that the Z06’s engine may claim. The world’s most powerful naturally-aspirated V8 from a production car is the M159 engine of the Mercedes-Benz SLS AMG Black Series with 622 hp. Some reports have pegged the ‘Vette’s engine at 617 hp but it’s certainly possible Chevy engineers will look to push it to beyond 622 hp simply to claim this record. 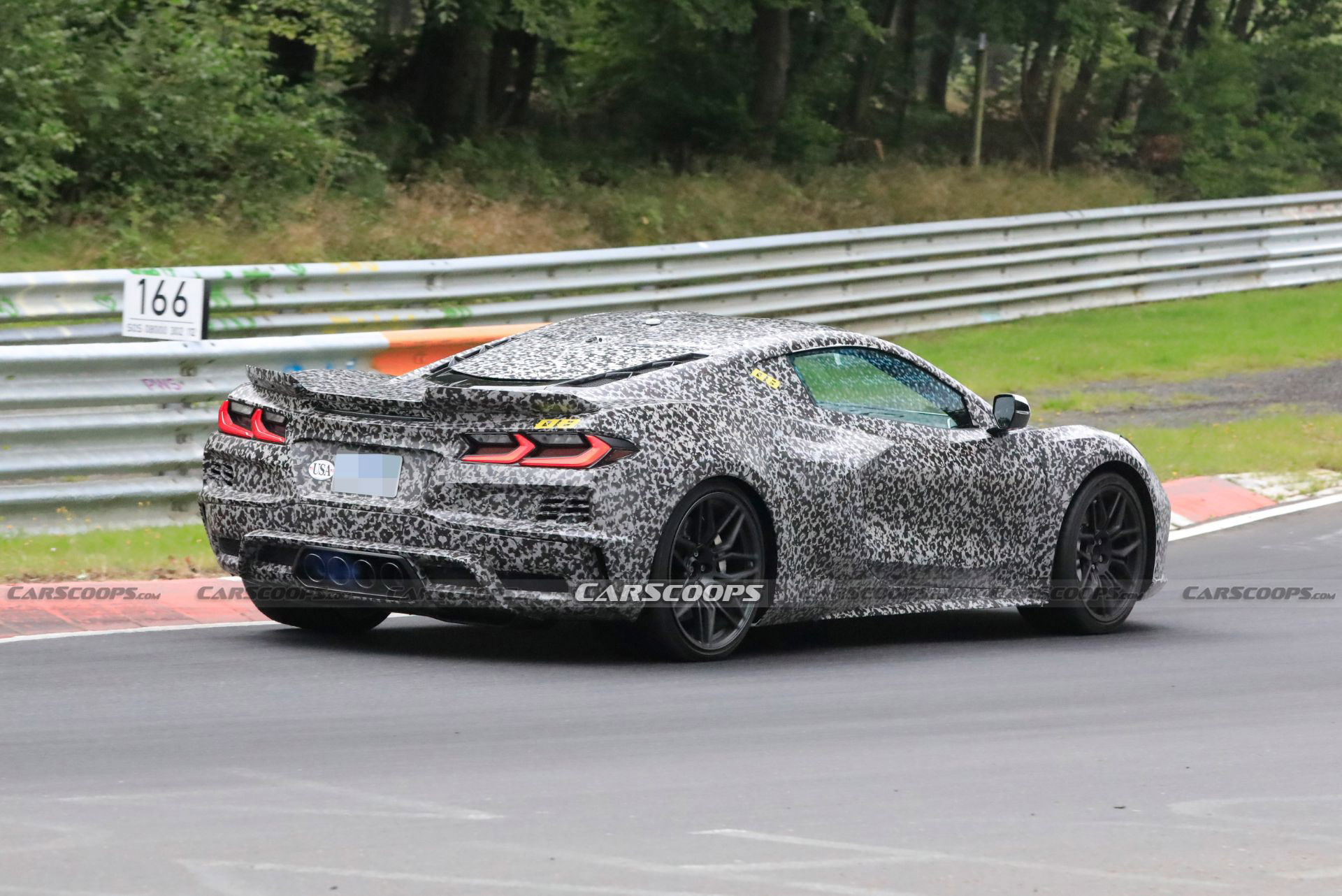