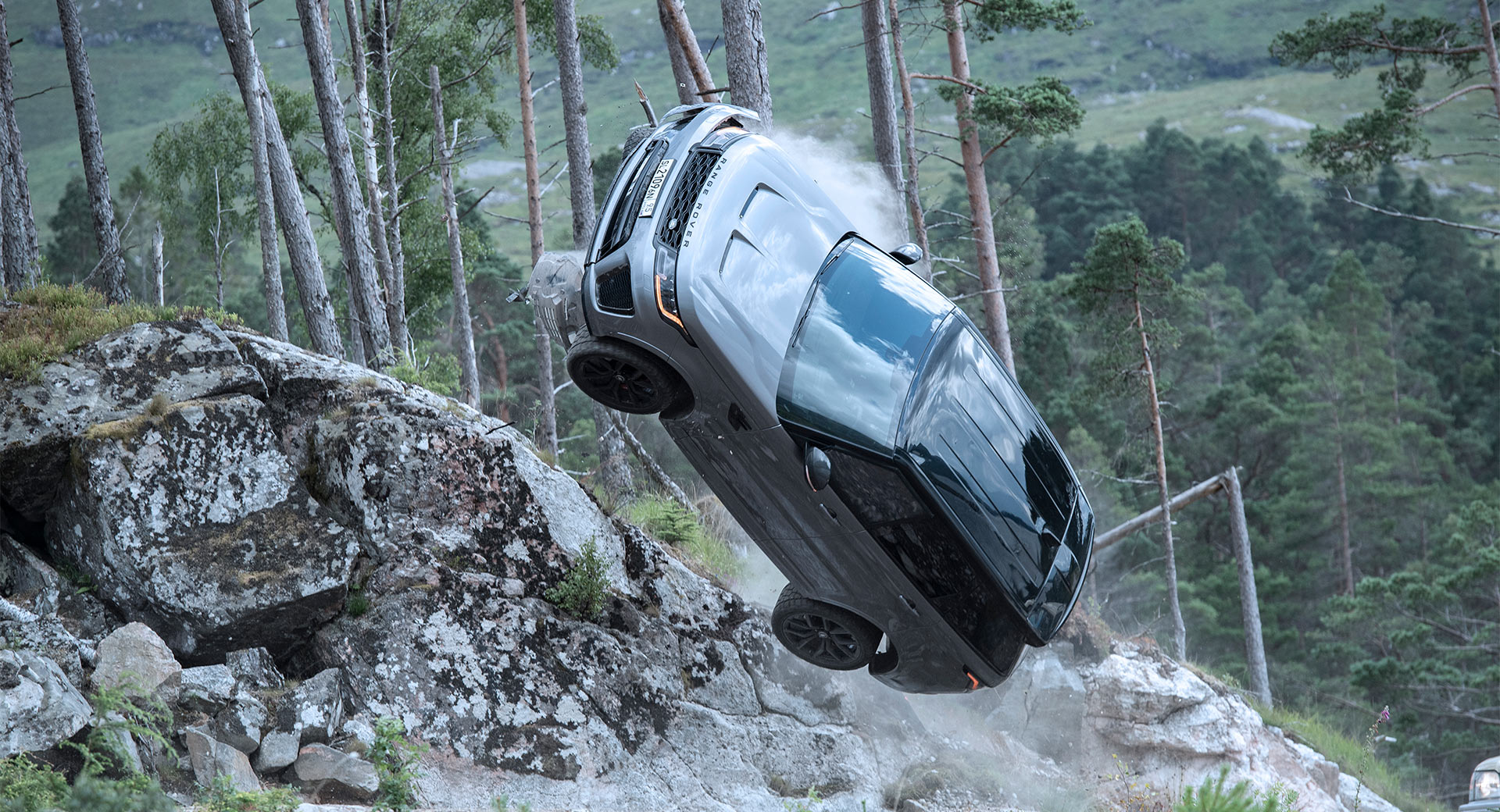 James Bond’s No Time To Die will hit U.S. cinemas on October 8 and in the lead-up to the film’s release, Land Rover has offered a behind-the-scenes look at the Range Rover Sport SVR models used throughout.

Featured in No Time To Die are a pair of Range Rover SVR models finished in Eiger Grey with 22-inch Narvik Black alloy wheels and the optional Carbon Park. They have also been equipped with the SUV’s available body-colored carbon fiber hood and were chosen as the perfect chase vehicles for an off-road sequence.

“I was really keen to shoot a Bond chase sequence off-road, in a really challenging environment and the Range Rover Sport SVR was the perfect choice for this part of the story,” stunt coordinator Lee Morrison said in a statement. “We shoot everything for real so we’ve pushed it to the absolute maximum and the pursuit promises to be one of the memorable set-piece moments of the film.”

During the chase, Bond is pursued by the two SVRs while driving a Toyota Land Cruiser Prado. At one stage, one of the SVR’s veers off the side of the road, hits a dirt bank and flips over.

Land Rover notes that the Range Rover Sport SVRs used in the film had the same specially-tuned suspension system as the production model.