A rare Lamborghini Centenario Roadster has been listed up for sale in Germany with an eye-watering price tag.

The bold red and black theme continues into the cabin and is featured across the Alcantara-clad seats, floor mats, side sills, dashboard, door panels, and steering wheel. While the Centenario is based on the Aventador, it has a character of its own and is arguably even more aggressive than Lamborghini’s current flagship supercar.

Watch Also: Is The Lamborghini Centenario Roadster More Than An Aventador With A Flashy Bodykit? 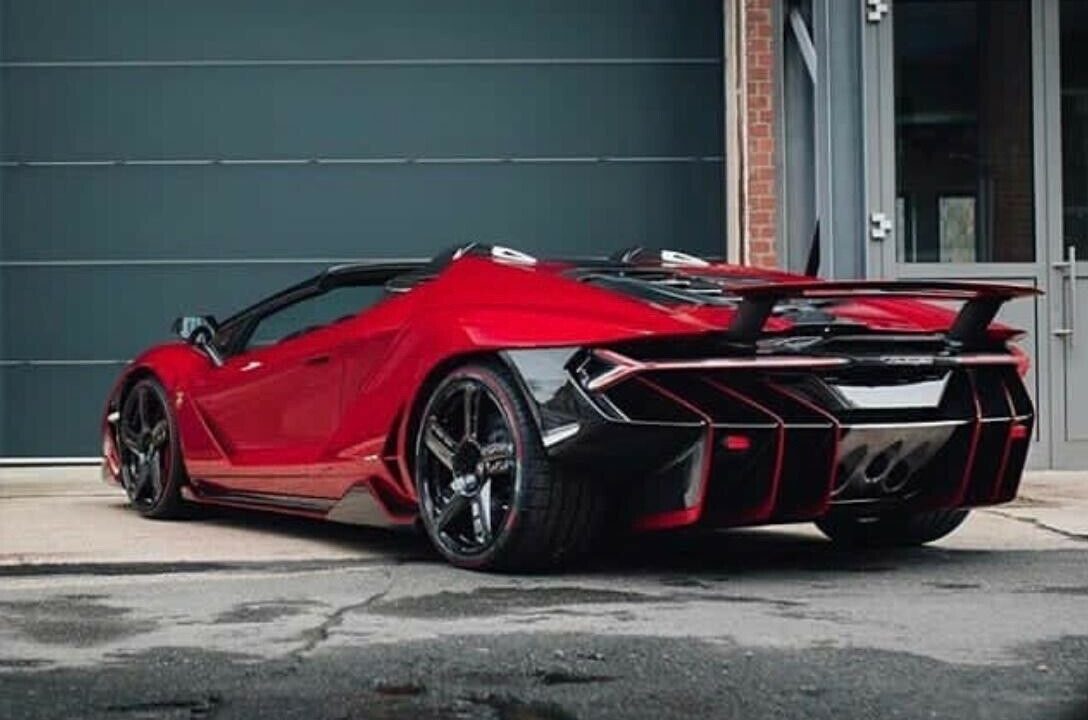 Then there is the price. When launched, the Centenario Roadster could be purchased from $2.23 million. However, this particular example on Mobile.de has an asking price of €4,760,000 (~$5,500,000) including VAT in Europe, roughly double what it would have cost new. Sure, the car has only been driven 68 km (42 miles) since it was delivered but that price seems a little ridiculous, especially since an all-carbon Centenario Roadster was listed for sale in Canada last year for CA$3.7 million, which was the equivalent of US$2.75 million at the time.

Regardless of how much this particular Centenario Roadster ends up selling for, the owner will be driving around in a car that turns heads unlike any other. It is also fitted with a naturally-aspirated 6.5-liter V12 with 759 hp and 507 lb-ft (690 Nm) of torque that not only helps the limited-run Lambo go like stink, but sounds great doing so, too.