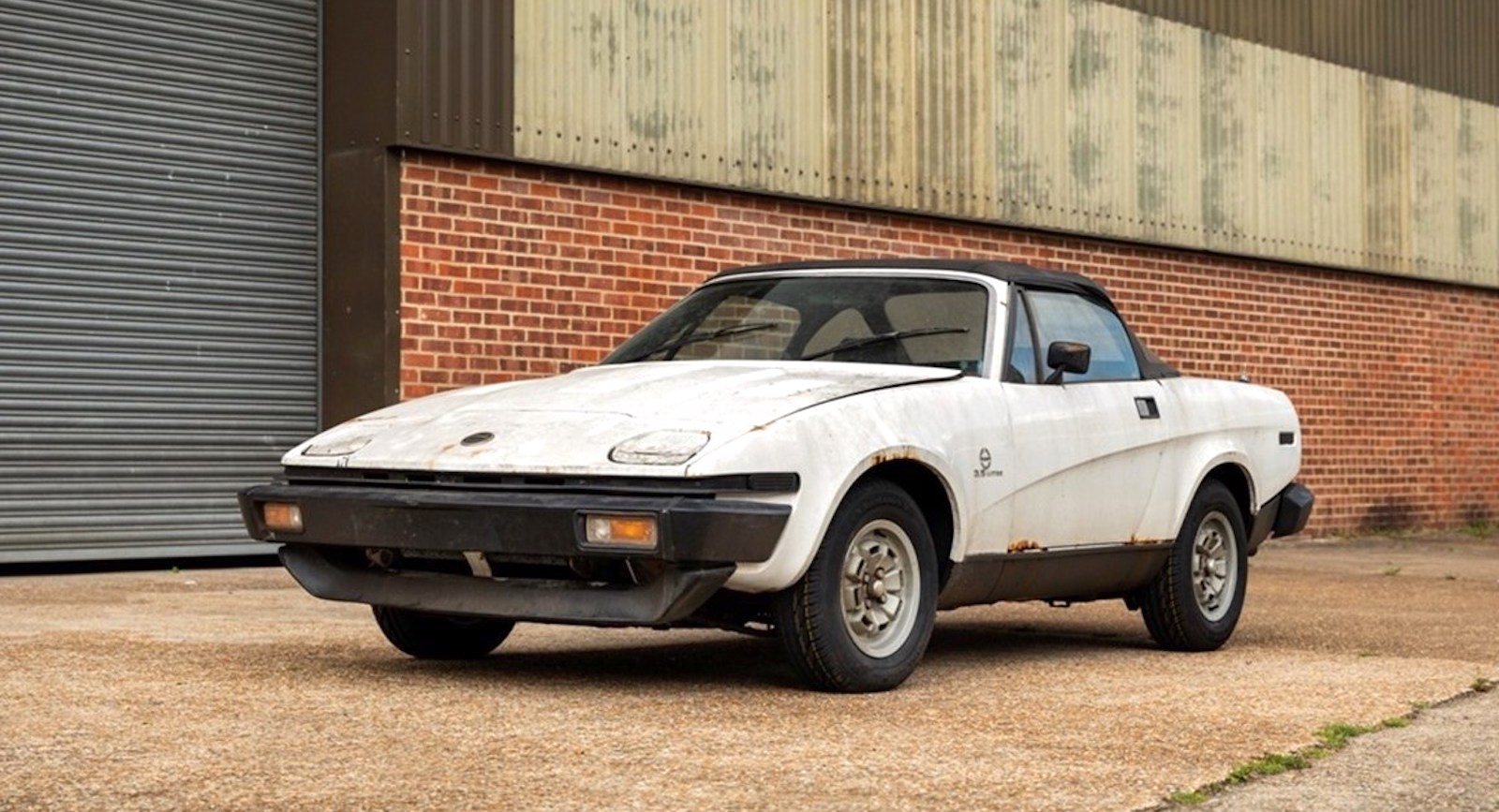 If someone told you they’d uncovered a 41 year-old classic with just 73 miles on the odometer you’d probably imagine it was some pristine garage queen bought as an investment, the kind where the owner is so fanatical about preserving its condition he wraps the tires in cling film to stop them getting dirty. Don’t laugh; it happens.

But this Triumph TR8 Convertible doesn’t fit that dream at all. If you had to guess its back story going by these pictures you’d probably say it had covered north of 100,000 miles in the hands of a dozen owners, and has been off the road for the last few years after failing an MOT due to terminal structural corrosion.

The truth is rather different. It really does have just 73 genuine miles on the clock, has never been registered for the road, and its sole owner has had it in storage since late 1980. And while it might not have seen much driving action in the last four decades, it still has an interesting story to tell.

The TR8 was the V8-powered offshoot of Triumph’s wedgy TR7 Coupe and Convertible. Initially, Triumph only offered the TR8 for the U.S. market, but finally gave the green light to right-hand drive production for the U.K. necessitating a pilot run of pre-production cars.

Related: Massive 174-Car Barn Find Collection Might Be The Stuff Of Dreams Or Nightmares

Two TR7 Convertible bodies were used to build a pair of right-hook TR8s: one with a manual, and this automatic car. The engine was the 3.5-liter ex-Buick aluminium V8 fitted to dozens of Rovers, Range Rovers and TVRs from the 1960s to the 2000s, and made a modest 133 hp to 148 hp depending on spec. Zero to 60mph took around 8 seconds.

Not that this car got the chance to prove its worth. Triumph scrapped the project shortly after this car was built, and it was sold off to a collector who stashed it in a lock-up with a bunch of other sports cars, where it stayed for more than 40 years. Having been rescued, it’s being auctioned by Historics on September 25.

Unsurprisingly, the interior still looks presentable, but the body hasn’t fared well, considering it hasn’t seen a drop of salt or snow. That could be down to damp storage conditions, or maybe it’s simply a damning indictment of the abysmal quality of late 1970s, early 1980s British cars.

Either way, it means whoever buys this car is going to have to consider embarking on an expensive restoration to return it to its former glory. Or maybe they should just wash the dust off and drive it as is. What would you do?