Most of us have been getting excited about the 2023 Nissan Z, the twin-turbo V6 coupe that’s primed to give Toyota’s Supra a stern beating.

But there are others out there who would much rather Nissan rebooted the Silvia instead. Light, agile and powered by a powerful turbocharged four-cylinder motor, the S12- through S15 coupes, sold as the Silvia, 180SX, 200SX and 240SX depending on market, had developed a cult following before production ceased in 2002.

And the Nismo 270R, little brother to the legendary GT-R Nismo 400R, is one of the most desirable of all. Nismo converted 30 cars in 1994, every example coming finished in black paint with ‘Nismo 270R’ badging on the rear quarter panels.

Other visual tweak seen here on this car, which is up for auction on Collecting Cars, include a Nismo ‘Edge’ Aero bodykit, 17-inch (remember when that seemed big?) five-spoke Nismo wheels and a vented hood to release heat produced by the upgraded motor. 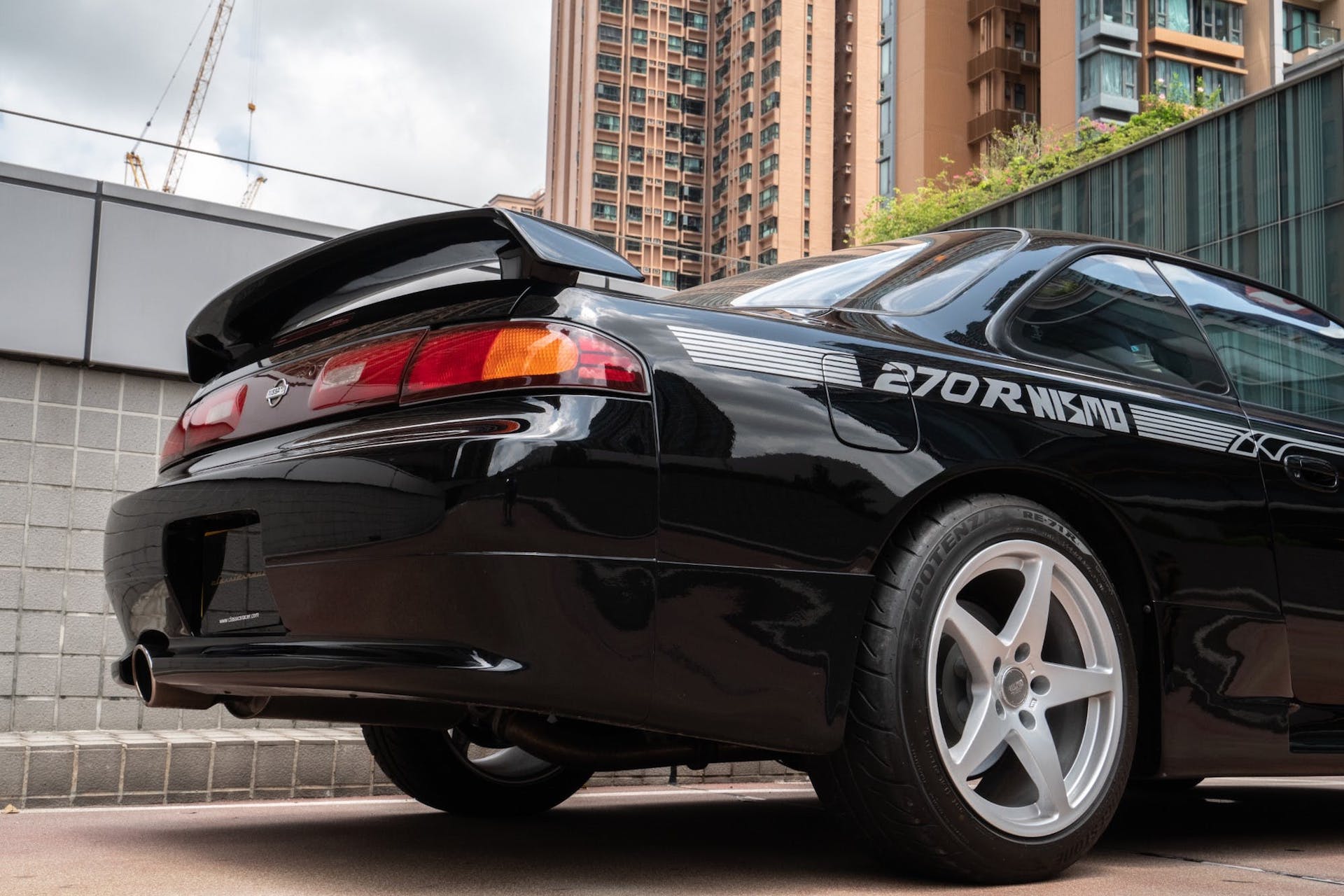 The 2.0-lter SR20DET was boosted from 217 hp (220 PS) to 266 hp (270 PS) and mated to a five-speed manual transmission driving the rear wheels through a limited-slip differential. And not one of those viscous types found in the ordinary S14, but a proper two-way Nismo LSD.

Firmer Nismo-spec springs and shocks, plus braces front and rear, complete the mechanical package, while the interior is decked out with a Nismo three-spoke wheel and grey and blue chequered upholstery covering stock S14 chairs. They look like something out of a minivan by modern standards but are probably easier to get out of than race buckets.

This Silvia’s mileage reads 128,000 km (79,500 miles) and the seller says the Hong Kong-based 270R has previously been repainted and is in good condition, but it’s unclear about how much service history the buyer will get.

Just looking at this ad makes us want to fire up Gran Turismo and fling a 270R round Trial Mountain, which is as near as we’re going to get to such a car as we imagine the sale price will end up far exceeding the $40k Nissan is rumored to want for the 2023 Z when it gets here.