Ask a bunch of Porsche fans to name their favourite generation of 911 and the 993 built between 1994 and 1998 is guaranteed to come near the top of the list.

Faster and better handling than the 964 it replaced, still packing an air-cooled flat six and original-style dashboard, and much curvier than 996 that followed, it’s a fantastic bridge between the classic and modern eras of 911.

So the thought of getting your hands on one that has covered just 73,500 miles in the hands of one owner since it was first registered in 1996 is enough to get Porsche fans excited. Particularly when the car in question was ordered with a stack of desirable extras that would have added thousands to the sticker price.

Sometimes, though, less is definitely more. More tasteful, in this case. This stunning 993 Carrera is up for sale with Ashley Nickells Sport + Classic in the UK for £59,995 ($83,300), and, much like the owner did 24 years ago, it ticks almost every box. 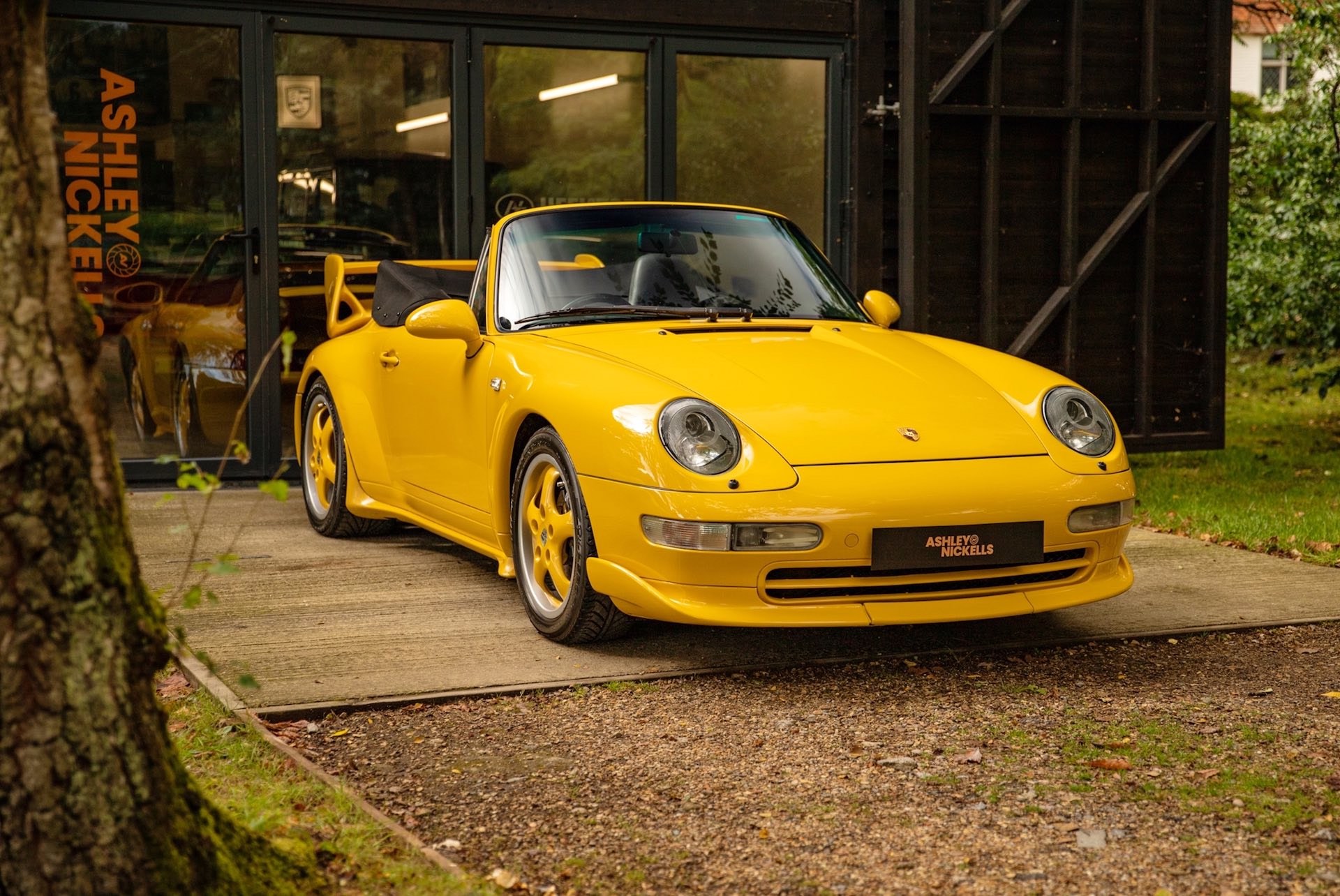 But the marquee option is the full RS aero kit comprising a front splitter, side skirts and a colossal rear wing like the components you’d find on the track-ready 993 RS. It’s interesting to note that inside, the owner stuck with the standard, fairly flat Comfort seats.

Even though this is a fairly ordinary Carrera beneath the skin, if it were a coupe it could probably pull the look off. But a convertible? Apart from the fact that the aero benefits of the wing must drop to almost zero when the roof is down, it looks plain weird.

So, if you could, would you complete the look with some fat RS wheels and just embrace the craziness, or swap the big wing for a plain Carrera engine lid?