Many supercars have been discovered in barn finds, having been abandoned for many years for a number of reasons. However, The Late Brake Show came across something rather unique, not just in terms of the find, but the entire story (or lack thereof) leading up to it. In a recent episode, Jonny Smith travels to a secluded part of Lake District in Kendal where a Lamborghini Espada has remained in hibernation for over three decades, tucked away in the barn of a beautiful estate.

The car likely wouldn’t even have be brought to light if not for Dominic, who was assigned to get rid of a big pile of metal sitting in the barn of an estate and taking up space. Much to his surprise, in the barn was a right-hand drive Espada, one of just 130 ever made. According to Dominic, the Espada had been brought to the estate by an owner who needed to store it. After paying for a few months, said owner proceeded to disappear, never to be heard of again. With no one to claim it, the Espada remained entombed within the barn.

Read: Icons Of Italy: The Espada And Islero Celebrate 50th Anniversary With A Grand Tour

When Lamborghini looked to Marcelo Gandini to develop a new car, they wanted it to be something different. The Espada was meant to be drivable, reliable, and luxurious. In essence, it was meant to be a grand tourer. And so, with a little inspiration from Gandini’s Lamborghini Marzal and Bertone Pirana concept cars, the Espada was brought to life. So, in 1968, the Espada joined the Lamborghini product portfolio along with the Islero and Miura. In total, the Espada spent a decade in production, going through three different evolutions before finally retiring in 1978.

After a fair bit of gardening, required to get to the entrance of the barn, Jonny and Dominic were able to finally be within arm’s length distance to the Espada, and to both of their surprise, the car, from its blue leather interior, to the components of the 3.9-liter V12 under the hood, seemed to be in surprisingly good condition for a car that hadn’t turned its wheels in thirty-something years.

After pulling out its barn mates, which happened to be a pair of Vauxhalls (that you can salvage if you get in touch with the team at The Lake Brake Show), the abandoned Espada could be viewed a bit easier. What could be considered extraordinary — aside from the whole rare Lambo in the middle of nowhere part of it all — was that rodent damage appears to be minimal. A clue as to why that may be lies in the faded white paintwork and glass caked in owl droppings, as the birds were perhaps a natural deterrent for mice.

The barn find Espada will be shipped off to auction. Where it will go next remains to be seen, but it’s good to know that one day, hopefully, it will be back on the road again. 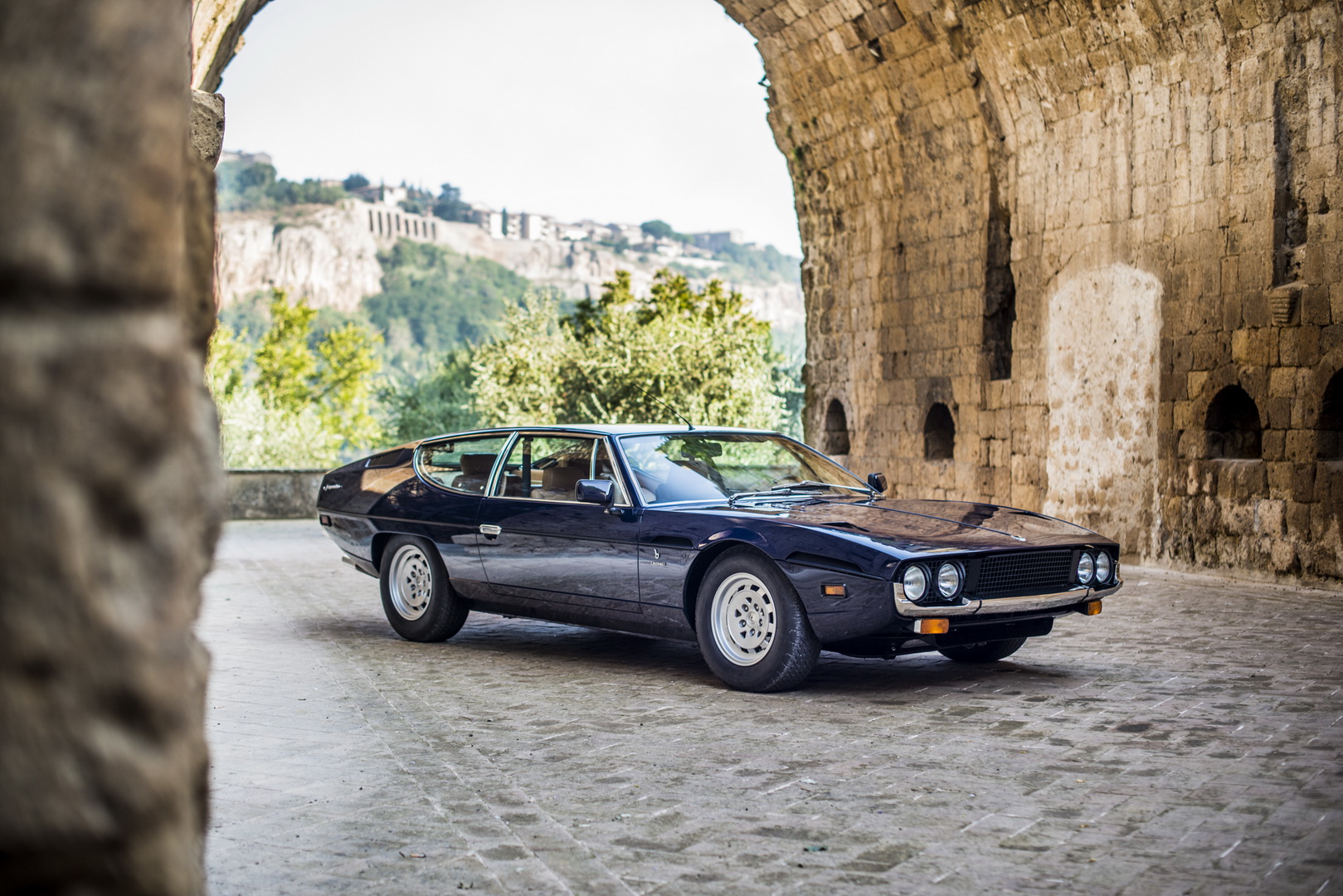