The Volkswagen Group managed to sell 122,100 electric vehicles around the world between July and September of this year. That’s more than twice as many as it managed to sell in the same period in 2020.

“Our global electric offensive continues to run at full speed: we are clearly the number 1 for all-electric vehicles in Europe and the number 2 in the USA,” said Christian Dahlheim, head of group sales. “The strong demand for our global target for the year of one million electrified vehicles (BEVs+PHEVs) is definitely there.”

In China, meanwhile, sales are picking up quickly. In the first half of this year, the brand managed to sell 18,300 EVs, while it delivered 28,900 in Q3 alone. With sales surpassing 47,000 in the country so far this year, China accounts for 24 percent of all VW Group EV sales. 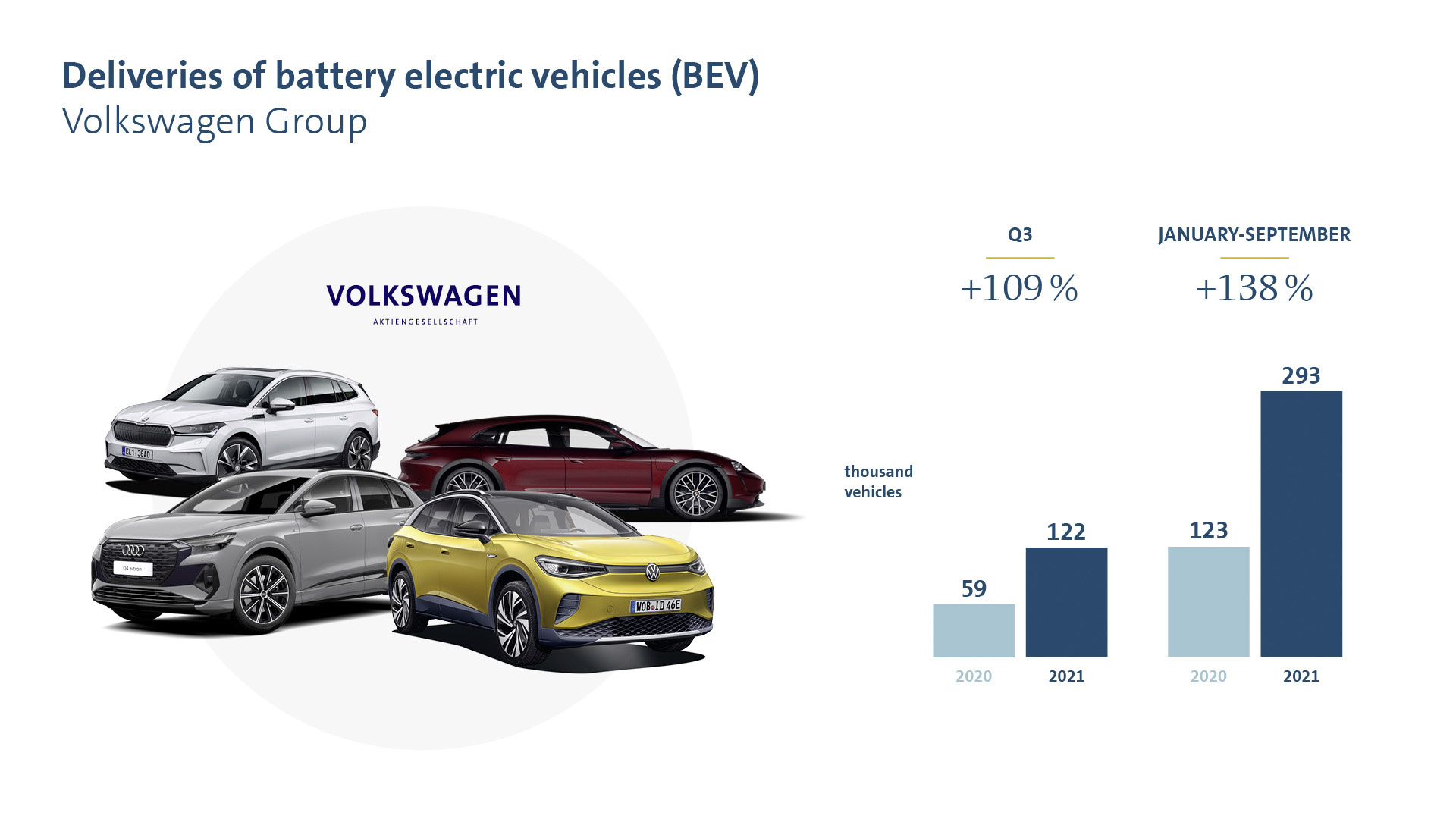 “As planned, we significantly accelerated the BEV market ramp-up in China in the third quarter, and we are on track to meeting our target for the year of delivering 80,000 to 100,000 vehicles of the ID. model family,” said Dahlheim.

In all, the group has sold a total of 293,100 electric vehicles worldwide by the end of September, 47,000 more than it sold plug-in hybrids. In the first nine months of the year, EV sales are up 138 percent compared to the same period in 2020.

In terms of brands, Volkswagen leads the way with 57 percent of sales. Audi made up 18 percent of deliveries, while Skoda contributed 11 percent and Porsche just a little less with 10 percent.

In all, EVs made up six percent of all Volkswagen Group sales in the third quarter of this year. 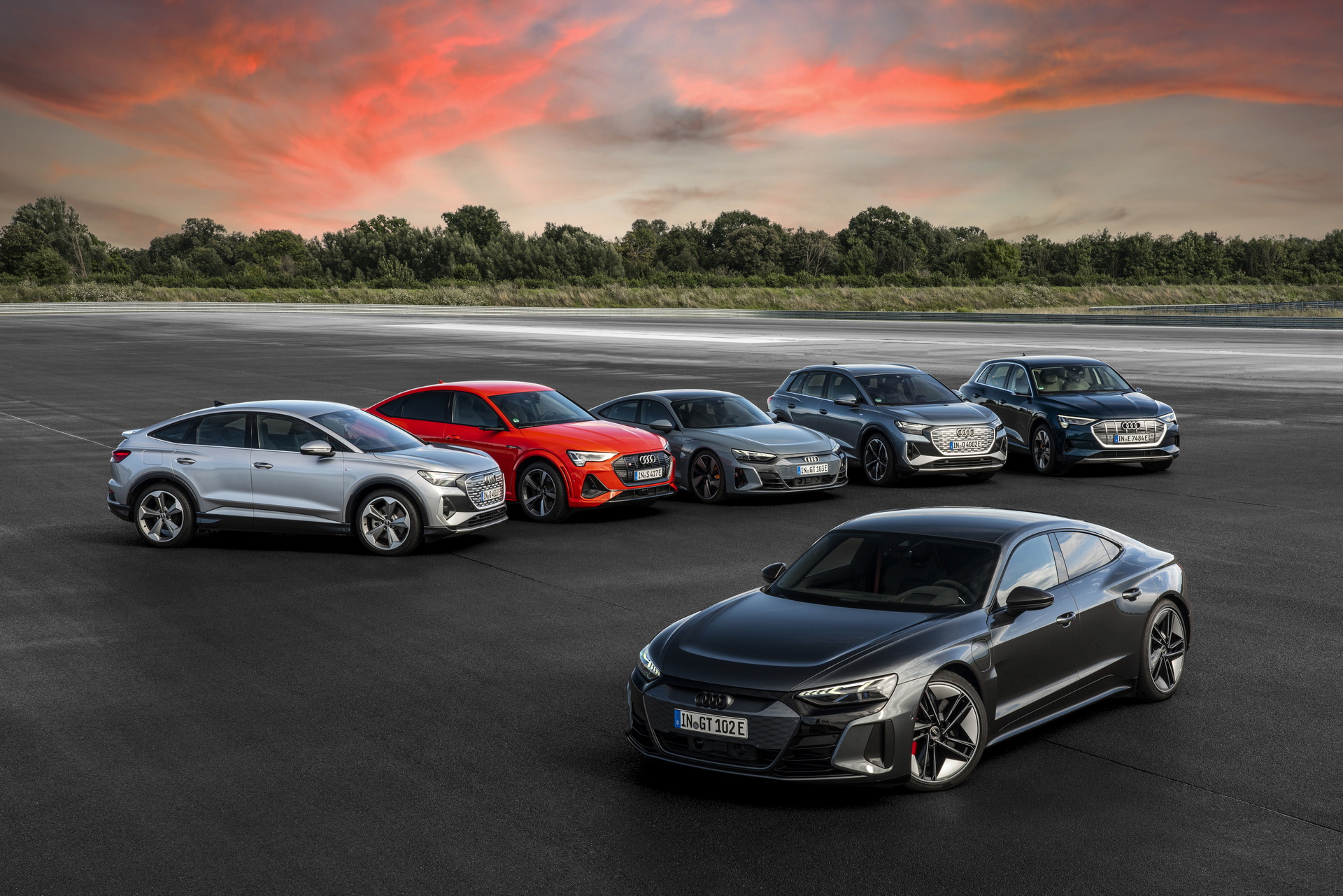