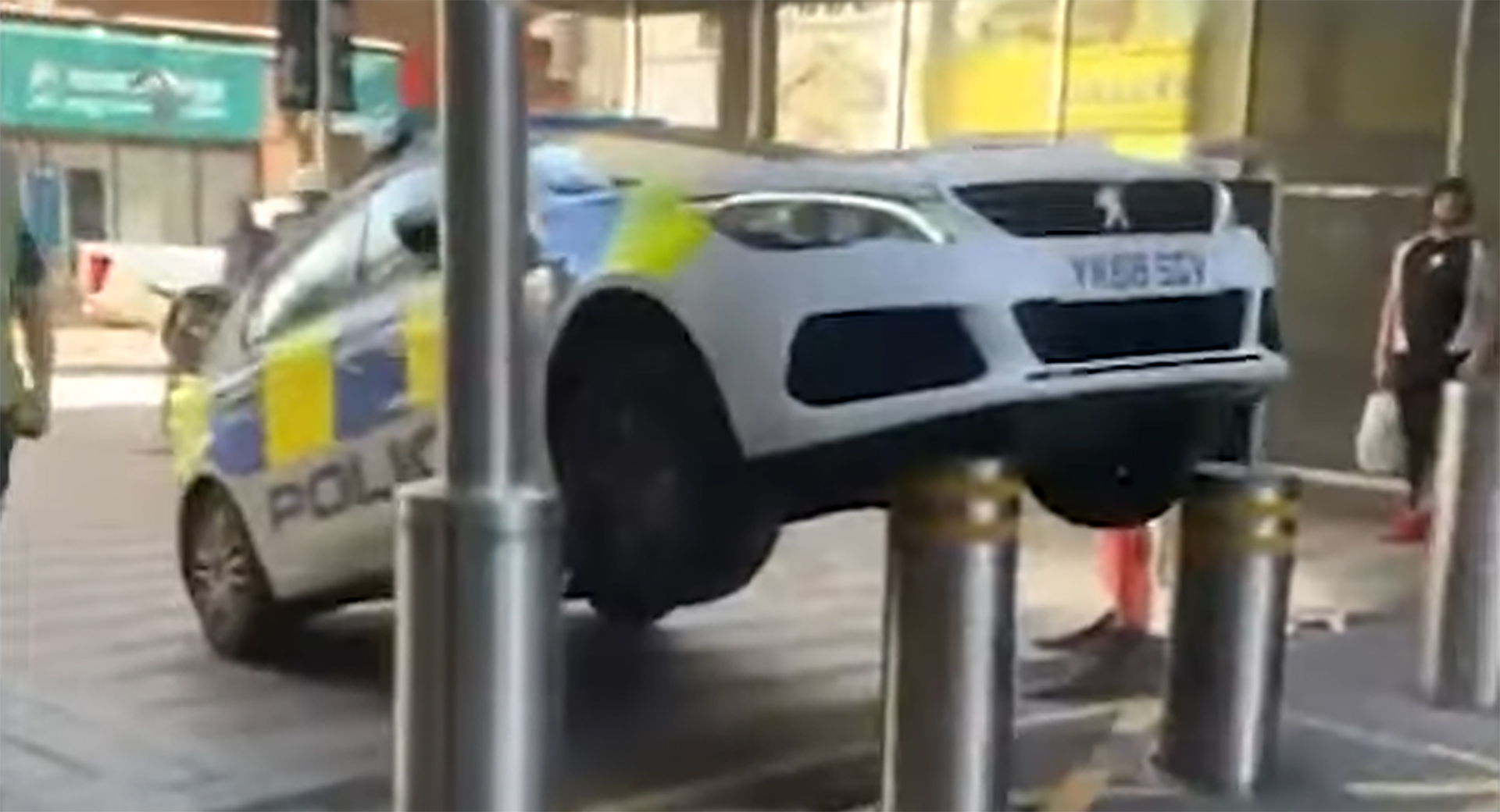 It’s always important to double check where you’re parking your car. That being said, that advice is typically given to avoid parking illegally or discourteously. However, in the case of these police officers, not checking where they parked actually resulted in damage to their car.

The incident took place in Leeds, UK, where the policemen in question had, at least in their minds, parked their Peugeot 308 in what they thought was a safe spot. However, shortly afterwards, witnesses reported hearing a loud bang, then saw the Peugeot raised into the air by its nose. As it turned out, the bollards in the road, which extend and retract from the ground on a timer to block the sidewalk from cars, had impaled the Peugeot, causing damage to its underside. It even looks like one of the bollards could have been damaged too, as the one on the right in the video isn’t extended out all the way.

One of the witnesses who captured the incident on camera, street salesman Saul Webster, said to SWNS: “They’d stopped to move the spice [sellers] on and when they pulled up, the bollards lifted and the car was stuck. The spice [sellers] were giving them grief and laughing at them. Everyone was shouting and screaming at them.” Even what we assume to be the recovery crew men had smiles on their faces while dealing with the incident.

A spokesperson for the police department said the vehicle would be inspected and repaired before being used again.