The Rolls-Royce Cullinan is as luxurious as SUVs get but for those who need their plush ride to provide extra protection, Klassen as the answer.

This Cullinan is currently up for sale through Klassen after undergoing a suite of upgrades that provide protection up to the CEN 1063 standards BR6 level, allowing it to withstand gunshots and the blast from two DM51 hand grenades activated simultaneously.

Klassen says the entire exterior of the armored Rolls-Royce is clad in innovative lightweight ballistic materials, including the roof and floor. It also features multi-layer bullet-resistant glass, reinforced door hinges, reinforced suspension, runflat tires, a siren/PA/intercom system, heavy duty braking components, heavy-duty wheels, emergency lights, and a fire suppression system. Despite all these upgrades, the Cullinan looks just like any other from the outside. 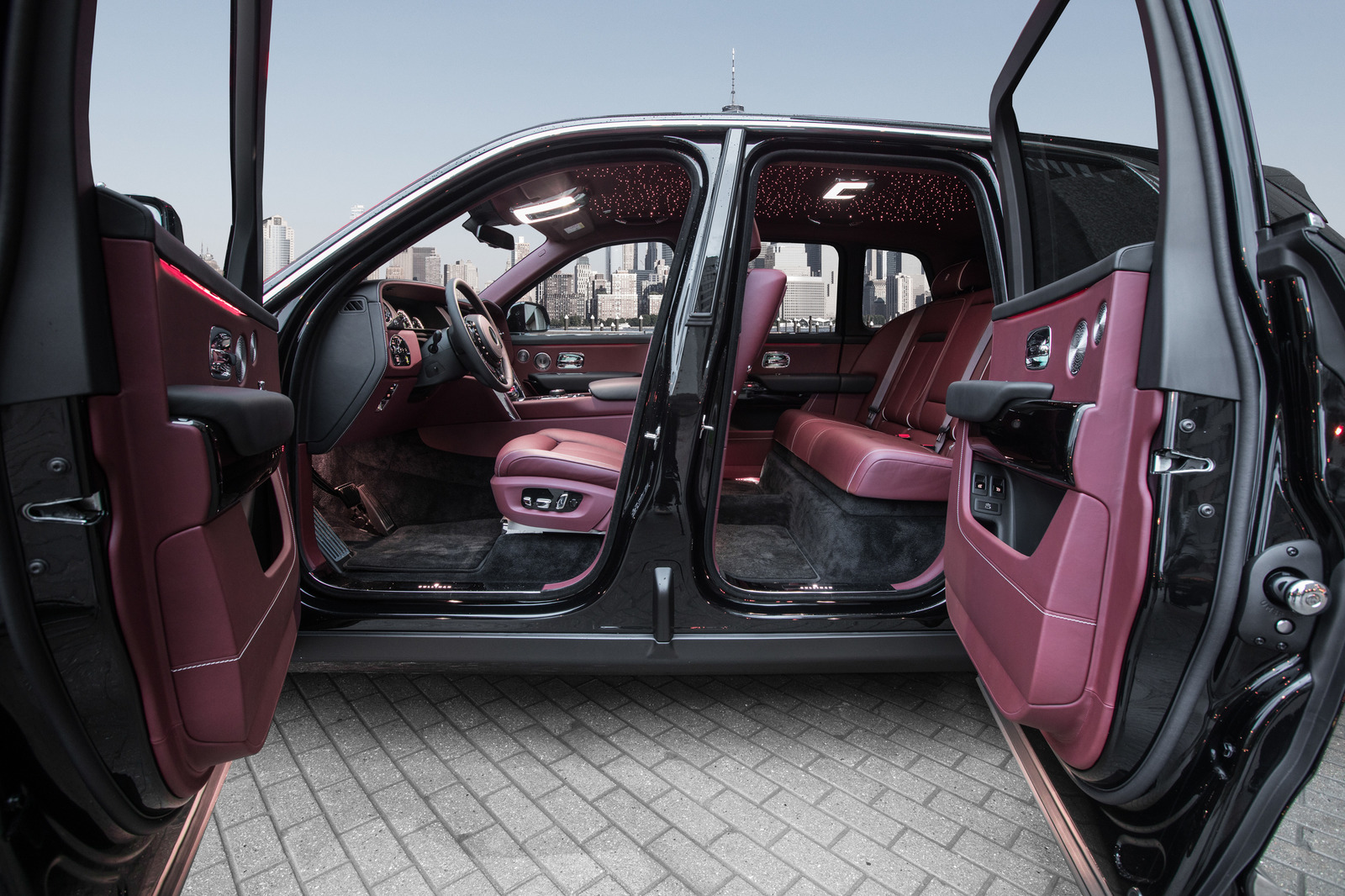 The interior of this particular example is bathed in dark red leather and features the British automaker’s Starlight headliner. Of course, those who order an armored Cullinan directly from Klassen can have the interior customized to their tastes.

No modifications have been made to the SUV’s powertrain. As such, it continues to be powered by a 6.75-liter twin-turbocharged V12 with 563 hp at 5,000 rpm and 627 lb-ft (850 Nm) of torque at 1,600 rpm. Klassen doesn’t mention how much heavier this example is than a regular Cullinan, but its added weight no doubt impacts performance and handling.

The price? This particular armored Cullinan has an asking price of €833,000, or roughly $962,000. Pretty hefty, but don’t forget it’s aimed at millionaires (and billionaires) who really want (or need) that kind of protection on their ride.