BMW today celebrated the completion of the first production i4 electric sedan. Produced at its home plant in Munich, the car is the first fully electric vehicle produced at the plant in its nearly 100-year history.

BMW announced that its Munich plant would be upgraded to produce EVs last year and was able to modify the facility to allow it to produce both electric and conventional vehicles on the same line without shutting down production.

“For the plant and team, the launch of the BMW i4 is a milestone on the road to electric mobility,” said Milan Nedeljković, BMW AG Board Member for Production. “By 2023 more than half of all vehicles from our Munich facility will have an electrified drive. The majority will be fully electric.” 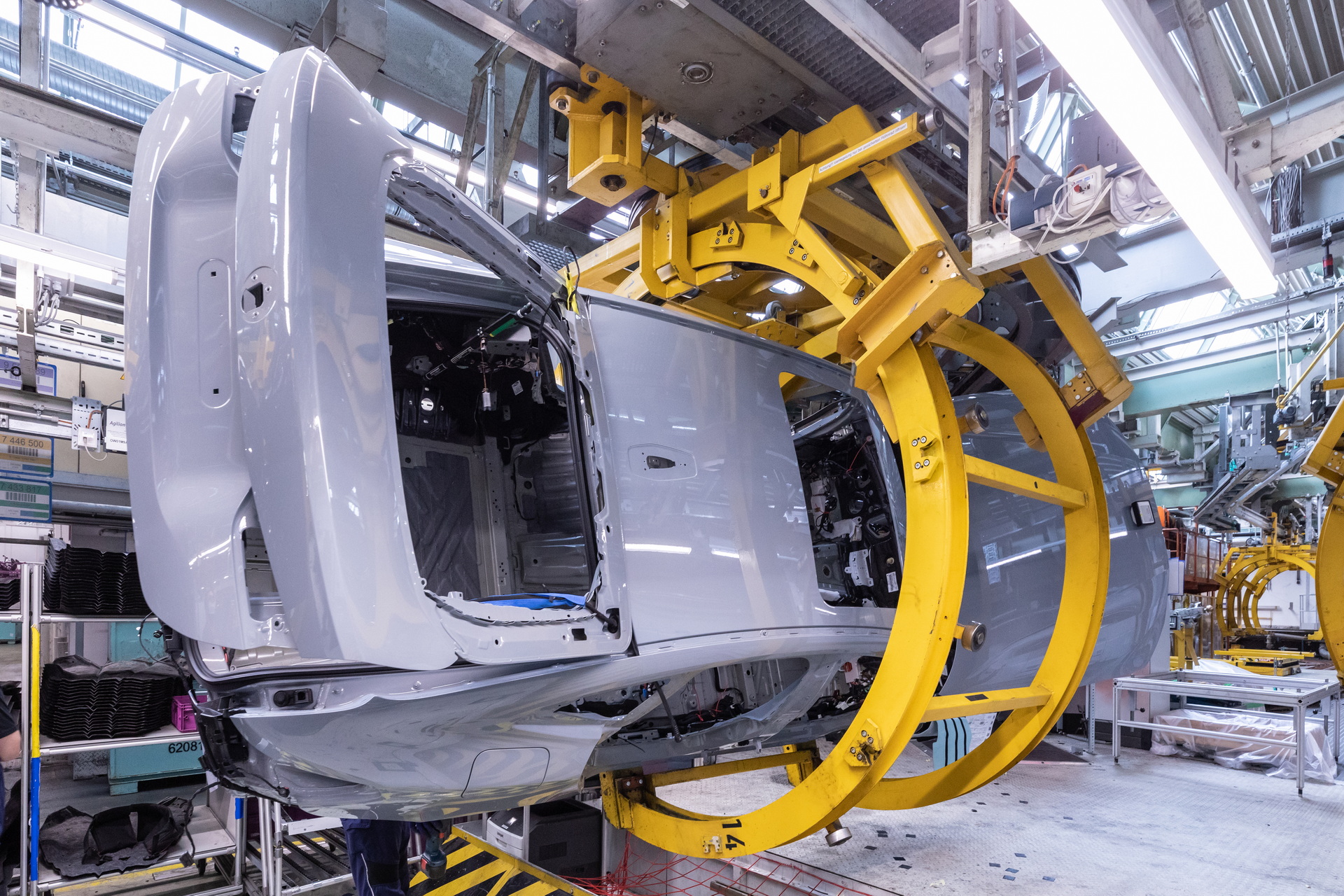 The result of a €200 million ($233 million USD) investment, BMW says it was able to leave 90 percent of the body shop systems unchanged, though additional systems were required for the floor and rear-end assembly.

“Our body shop is a shining example of intelligent, efficient integration,” said Peter Weber, the plant’s director. “Most of the new production processes for the BMW i4 can be carried out on the existing body shop systems.”

Integrating the high-voltage battery, though, did prove to be a complex issue. Bolted onto the body by a brand new, fully automated battery assembly system that works from below, it uses high-resolution cameras to scan the body before affixing the battery to it.

Updates at the plant are ongoing. With the addition of the battery-electric line, some of the other lines have had to be moved. The production of four-cylinder engines, for instance, was moved to Hams Hall in the U.K. and to Steyr in Austria. By 2024, all engine production will be gone from Munich.