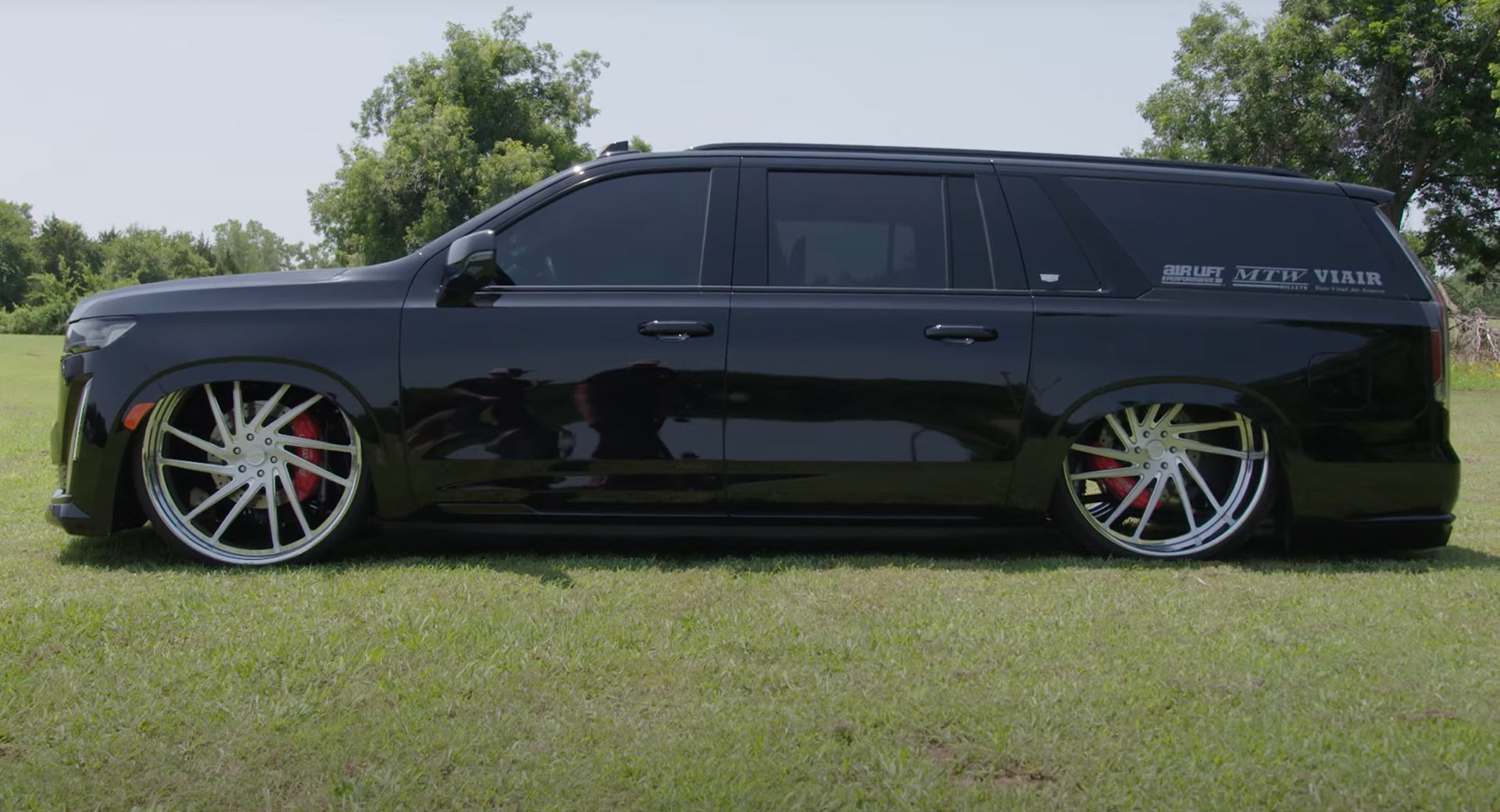 It is quite a common sight to see modified Cadillac Escalades roaming the streets in the States. However, this is the first heavily-modified 2021 Escalade that we’ve come across.

The latest-generation Escalade is one of the most luxurious SUVs currently on the market with a price tag that can exceed $100,000 for a flagship model. Evidently, the Escalade’s value didn’t dissuade the owner of this example from equipping it with a host of modifications.

This example is owned by a guy named Jake McKiddie who was recently interviewed for the Ridiculous Rides series on the Barcroft Cars YouTube channel. It may simply look like a lowered Escalade but much more work has gone into it than fitting a set of lowering springs.

Images from the build show that the chassis was completely removed from the SUV and totally rebuilt. It has also been equipped with 30×9 front and 30×11-inch rear wheels and an air suspension system that means it can be dropped so low that both the front and rear bumpers actually hit the ground. A set of enlarged Wilwood brakes have also been installed to better complement the massive 30-inch wheels.

Significant changes had to be made to the SUV’s interior to make this all work. In fact, a large chunk of the trunk is now taken up by the pronounced wheel wells, dramatically reducing cargo space. However, from the second row forwards, the interior of this Escalade is relatively stock.