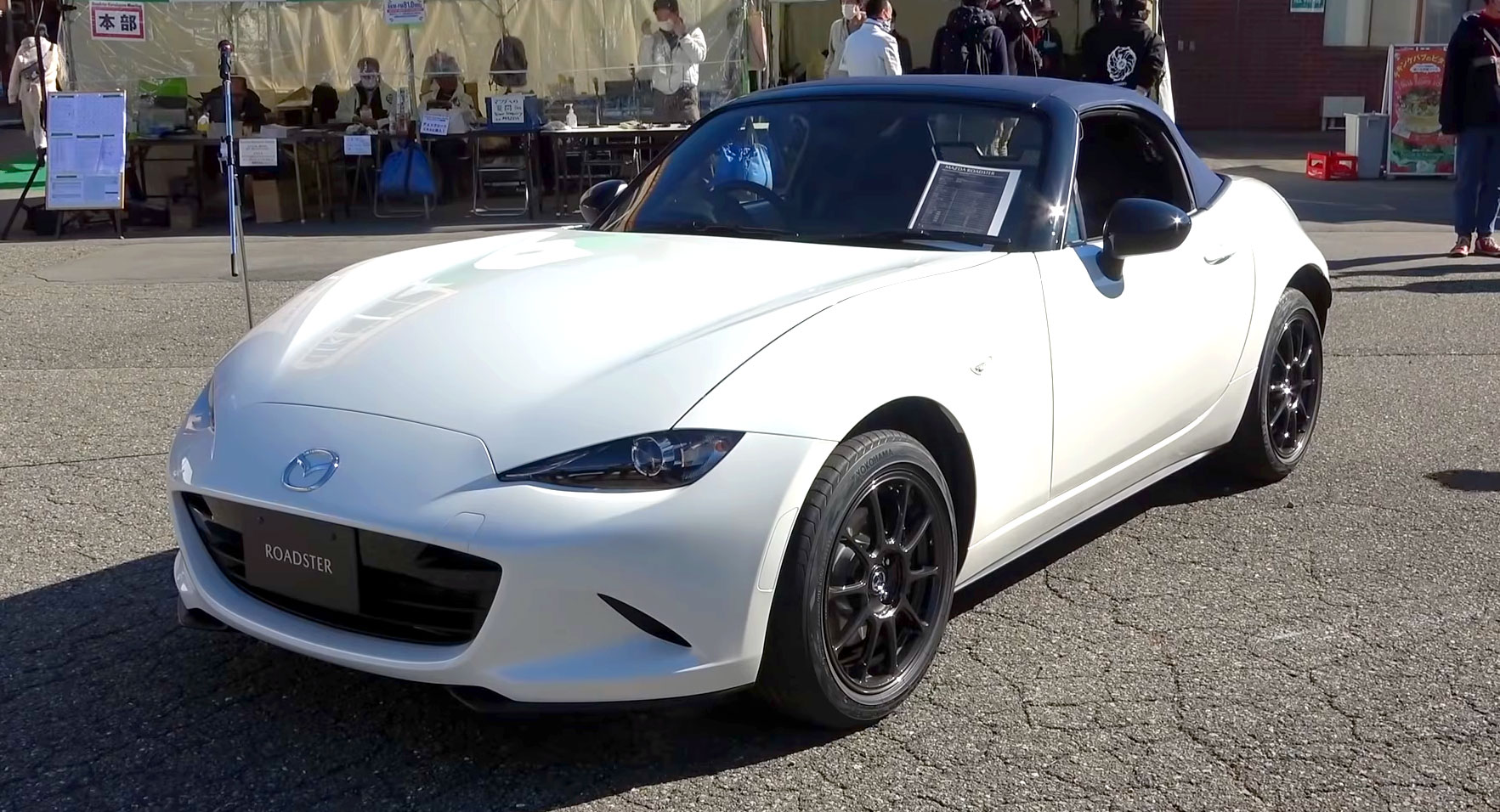 Long heralded as the ultimate drivers car, one of the Mazda MX-5 Miata’s greatest advantages has always been its low weight. Japanese customers are set to get even lower weight thanks to the newly unveiled 990S trim.

The new edition is named after the weight of the vehicle, which Car Watch reports has been reduced to an NA Miata-rivaling 990 kg (2,182 lbs). The model rivals the original Miata in simplicity, too, having had nearly every frill removed.

Mazda achieved the weight reductions in a number of ways, including ridding the car of sound deadening and by ligthening the hood. It also gets lightweight wheels that remove 3.2 kg (7 lbs) and Brembo brakes that help remove 700 g (1.5 lbs) despite being bigger at the front.

Although that less than 10 lbs of weight savings between the wheels and brakes may not sound like an astounding amount, Mazda‘s engineers say that 1 kg (2.2 lbs) of unsprung mass is the equivalent of 10 kg (22 lbs) of sprung mass when it comes to cars.

To alert passersby to the lightweighting efforts of its engineers, Mazda has opted to swap the red brake calipers for black ones with blue “Brembo” script. The blue theme follows on the A/C vents and the soft top fabric.

It’s not all stripping, though, Mazda has added a new feature that might scare some purists, but excite engineers. Vehicle Attitude Stabilization Control is a new handling technology designed to control lean in corners.

The car does this by applying a minimal amount of brake pressure to the rear inner wheel when the it senses more than 0.3 G of cornering forces. It works to suppress wheel lift up and keep the vehicle flatter through the corners. Whether or not drivers will like it remains to be seen, but Mazda worked to ensure that drivers felt no discomfort while using the system that replicates the experiences of using an electronically controlled suspension. It can be turned off by turning off DSC.

Based on the least powerful version of the car, the 990S gets the 130 hp (132 PS/97 kW) 1.5-liter engine with the open differential. Since the bigger 2.0-liter engine requires heavier duty parts to deal with the extra power, it won’t be offered with the lightweight package. But according to Shigeki Saito, the development chief for the 990S, that’s not a problem.

“Horsepower and fun are not proportional, but lightness and fun are proportional,” he told Car Watch (as translated by Google). “The lighter the car, the more fun it is. If you enjoy driving, I think this roadster is the best right now.”