This article includes speculative illustrations for the third generation of the VW Tiguan created by Jean Francois Hubert/SB-Medien for CarScoops that are neither related to nor endorsed by Volkswagen.

The popularity of the C-SUV segment has made it pretty crowded with nearly all automakers offering their own proposal. Volkswagen was one of the early adopters with the Tiguan which eventually became the best-selling vehicle in the VW Group. While the current model is fairly modern, we decided to speculate on the next generation and see whether it could go down the BEV route.

The first-gen VW Tiguan was introduced in 2007 and received a facelift in 2011. Similarly, the current, second-gen was launched in 2015 based on the MQB platform, with a facelift following in 2020 with design changes and the addition of the eHybrid PHEV variant, plus a China-only coupe bodystyle. This means that a third-gen Tiguan could be introduced in 2024, which would allow it to be offered in ICE-powered and hybrid forms, possibly alongside a BEV variant.

Volkswagen may have been focused on the ever-expanding ID. range of MEB-based electric vehicles but it will likely keep updating the core models including the likes of the Polo, the Golf, the T-Roc, and the Tiguan, for as long as possible. The fact that VW expects only 25 percent of its global sales to come from EVs by 2026, combined with the popularity of the aforementioned nameplates, makes us believe that they will live for at least one more generation before the range becomes EV-only in the 2030s.

The pretty small time window before the ICE ban in Europe and other markets means that we will be sticking with updated versions of current platforms since the automakers are investing heavily in EV-dedicated architectures. This makes us believe that Volkswagen – alongside rival brands – might offer a fully electric version of the Tiguan even if this means they will have to electrify the evolution of the MQB Evo platform that could also be utilized by other brands of the VW Group making it worth the investment. So while the entry-level trims will be likely offered with mild-hybrid powertrains for a lower cost, the majority of the sales volume will likely consist of plug-in hybrids that will still cost less than the possible full-blown EV variants. 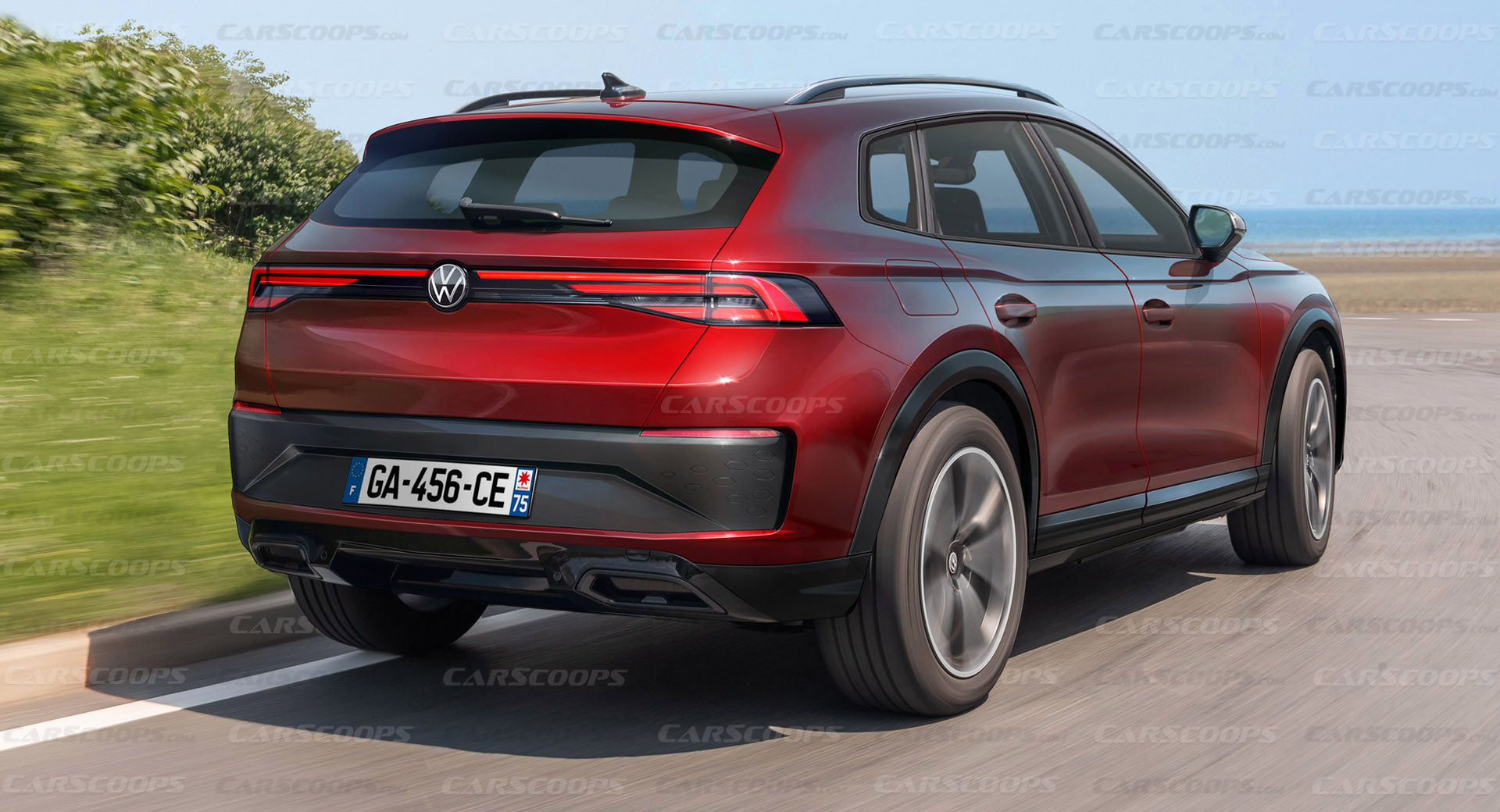 In terms of the looks, the next Tiguan will likely inherit several design features from the ID. range of electric models, like the China-bound Lamando L fastback did quite recently. Those will include the full-width LED headlights and taillights, textured cover for the intakes, and a more rounded approach in the surfacing. In the speculative renders from our associates Jean Francois Hubert/SB-Medien we can see a sportier and more aerodynamic shape with dynamic proportions and similar exterior dimensions.

The bodywork will likely be more sculpted than before, with more curved lines and toned-up fenders replacing the boxy look of its predecessor. What we don’t know is whether Volkswagen will opt to keep the longer Allspace seven-seater variant in the next model, since it does a great job in covering the space closer to the larger D-SUV segment. Inside we expect big changes with an even more tech-focused dashboard featuring a fully digital cockpit and an advanced head-up display, plus the latest ADAS and safety features from VW Group’s parts bin.

All in all, we will have to wait for one or two years to start seeing camouflaged prototypes of the third generation Tiguan. The final production version of the C-SUV could be unveiled in 2024, before a rumored market launch in 2025. 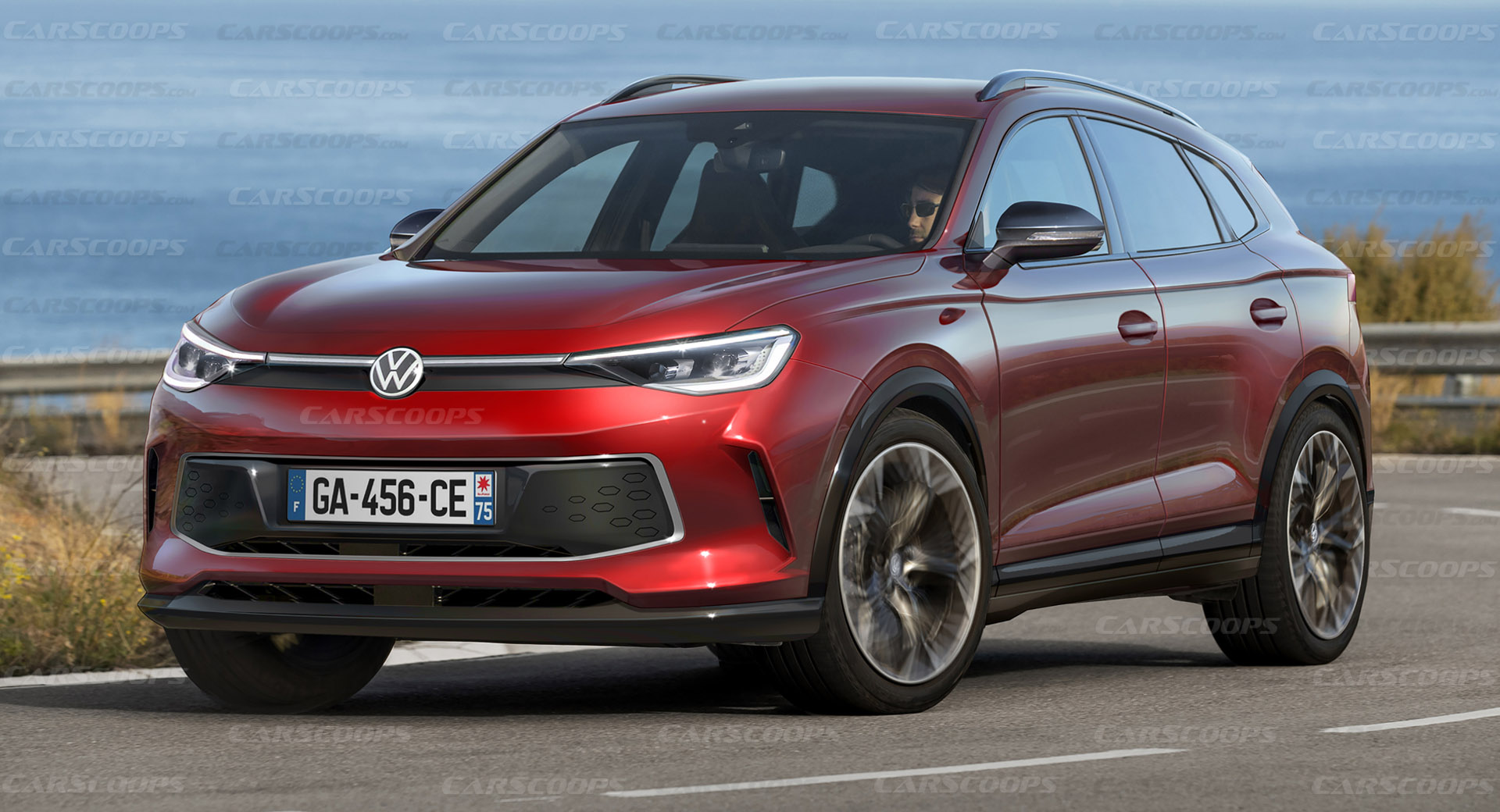