BMW is still hard at work on a high-performance version of the new M4, and another one of its prototypes was spotted by our spy photographers at a gas station, allowing us to get a much closer look at the sports car as well as the first glimpses of its interior.

The car features additional aero components as well as new designs for the bumpers, grille, and wheels to not only differentiate itself visually from the “standard” M4, but also in terms of performance. Inside, we can see that the bucket seats now feature more carbon fiber and the rear seats have been removed in the name of weight saving. 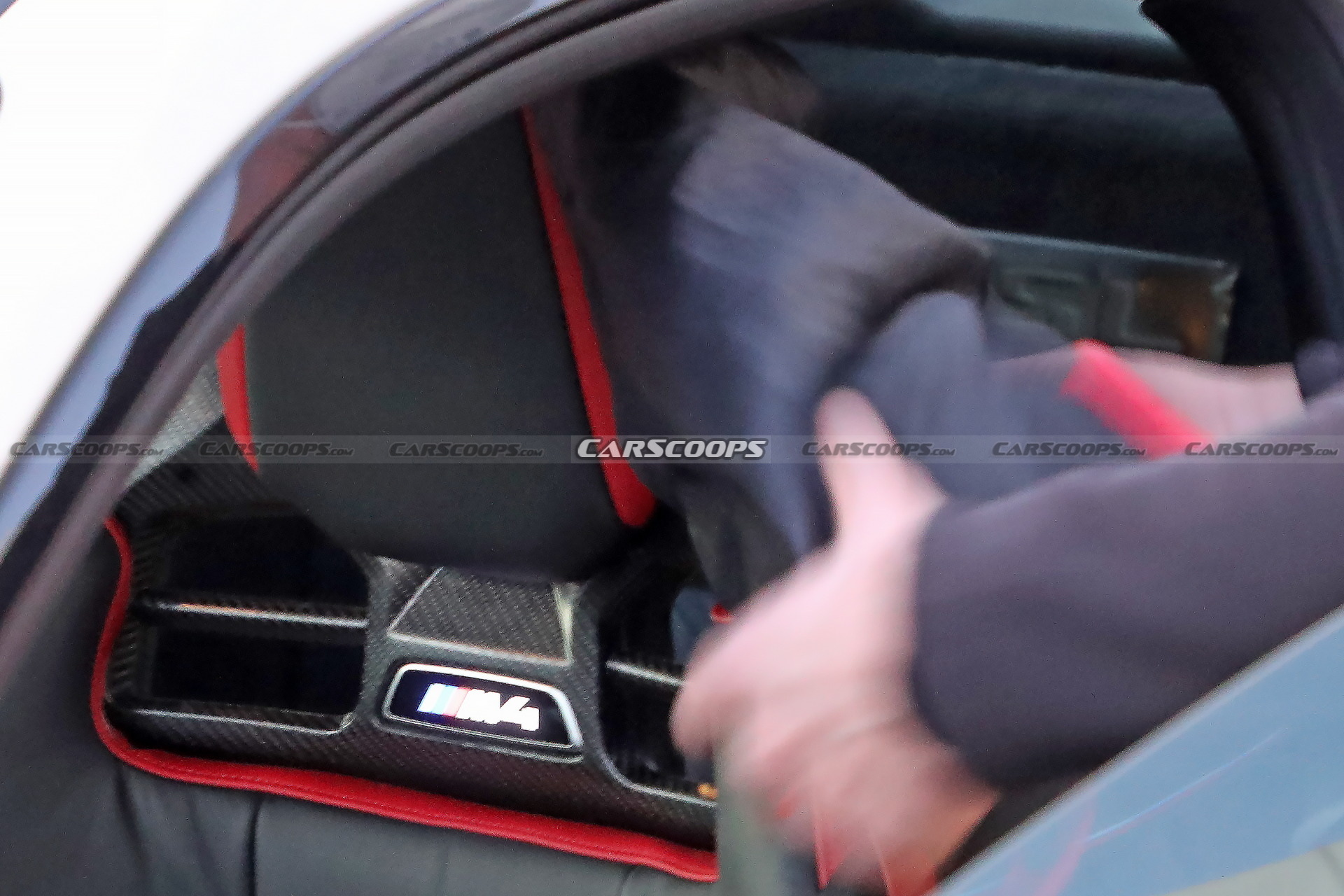 But probably the most important part of this sighting is that it confirms that the car will in fact be a CSL model. As long as this souped-up M4 has been making its rounds, there has been a debate surrounding exactly what it was. But thanks to a plaque positioned where the now-deleted rear seats would be, it’s all but confirmed that the car will bear the famed CSL designation that hasn’t been used since the E46 M3 in the early 2000s.

Since the L in CSL stands “lightweight”, it’s obvious that the M4 will have to shed some pounds to be in keeping with the name. It’s not yet clear exactly how that will be accomplished, but based on the interior shots, we do know that the front seats will likely be lighter through an added use of carbon fiber and the rear seats will be deleted altogether. Additional weight savings could come in the form of carbon fiber body panels, lighter mechanical components, and reduced soundproofing, in the vein of the M5 CS. 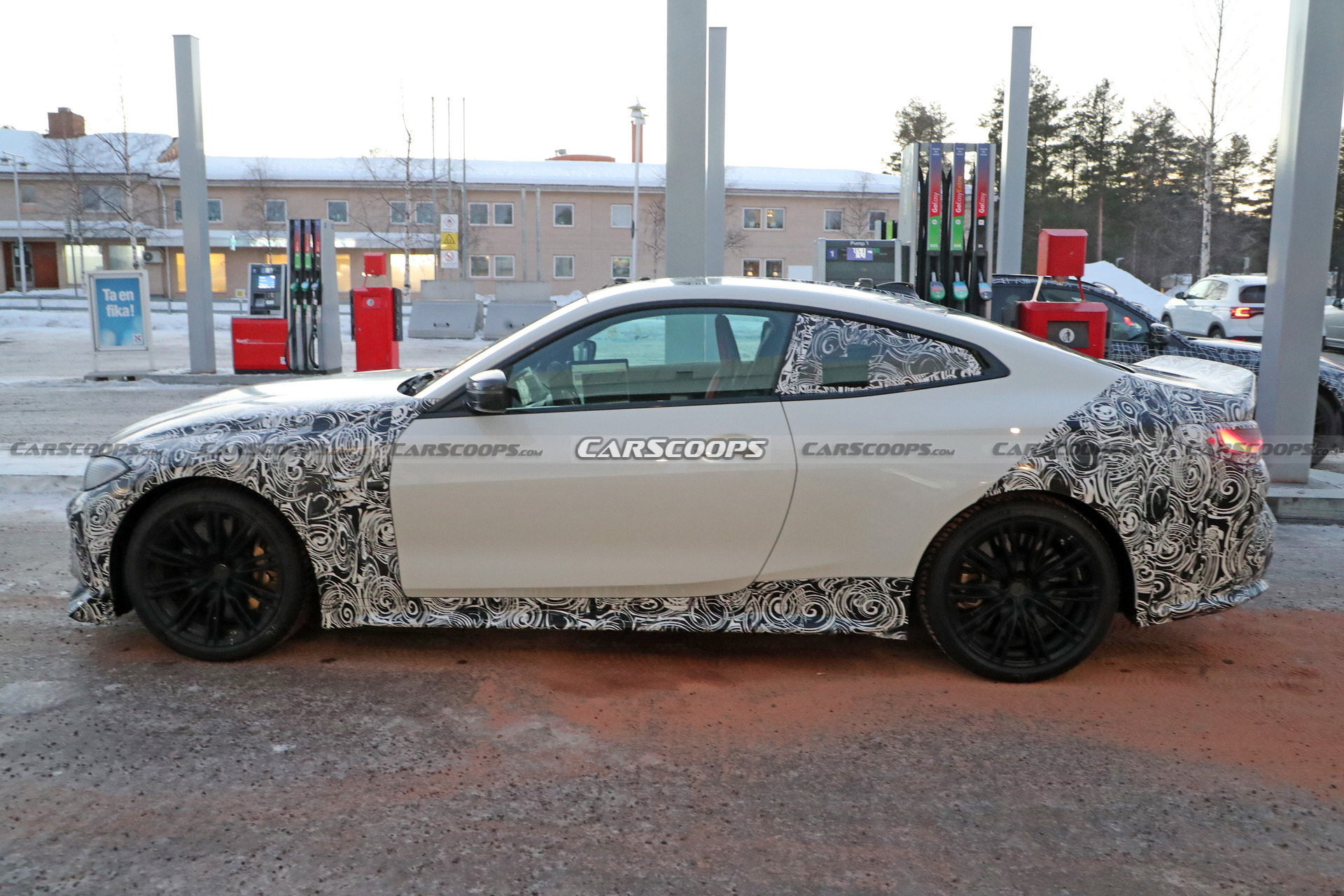 Traditionally, though, BMW’s CSL models aren’t just lighter weight versions of their M cars, but they have more power too. To accomplish that, it’s expected that BMW will crank up the output on the Competition-spec version of the M4’s 3.0L twin-turbocharged inline-six, which currently makes 503 hp (510 PS / 375 kW) and 479 lb-ft (650 Nm) of torque.

What still remains unclear is if the car will be available with both an automatic and a manual gearbox. Should only one transmission option be offered, it’ll likely be the auto, as the latest rumors suggest that BMW could be readying another limited version of the M4 for the M Division’s 50th anniversary that will come exclusively with a manual gearbox.