Now, look. I’m not saying that no one should live their dreams and modify their car to look like a different car. I, too, harbor dreams of owning exotics that I know I’ll never be able to afford. I just think you might want to dream bigger if you’re going to be putting this much effort into your car.

In this case, the car is a 1990 Mazda MX-5 (which is a good start) that’s been modified to look like a BMW Z3. I have no issue with the Z3, it seems like a perfectly lovable little sports car, but it’s not exactly an Enzo or even a Corvette that these kinds of mishmash body kits are often trying to emulate.

According to the seller, a Facebook user from the Baltimore area, this fiberglass body kit was produced in the ’90s and was installed by a previous owner. Despite that, the car is not without its selling points.

Read Also: How Could This Chevroge Viporvette Not Sell On BaT? 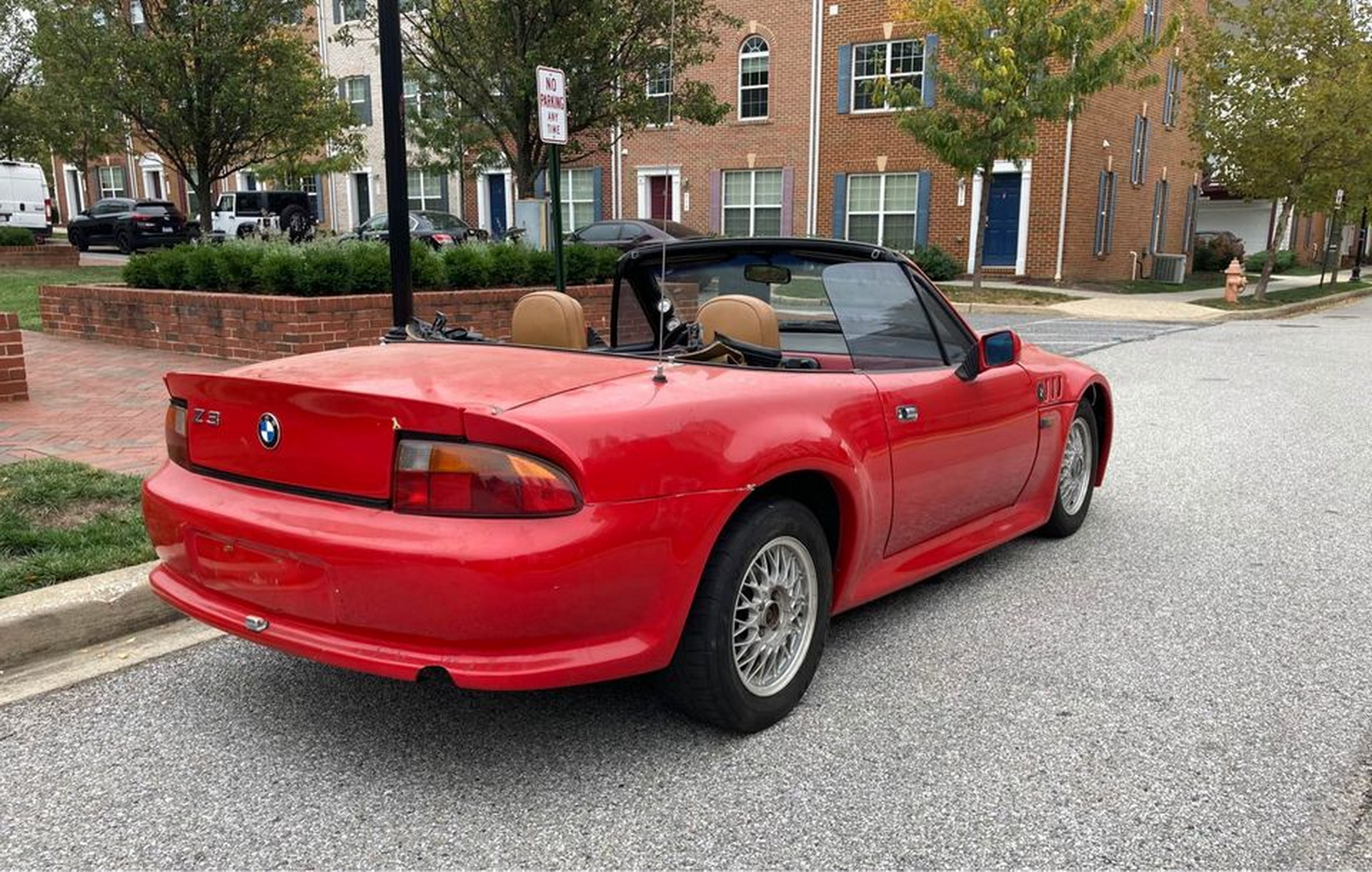 The recipient of a Jackson Racing Supercharger, Borla exhaust, Bilstein suspension, and Momo steering wheel, this was no doubt a fun little car in its day. Unfortunately, that day was a few years ago and now the car has become “a project.”

Although it runs, the interior apparently needs some attention, as does the wiring to make the headlights work properly, and the car has 129,000 miles (~208,000 km) under its belt. Per the seller, though, it’s been through quite a bit of maintenance in the last year, including spark plugs, a new fuel pump, filters, front brakes, and more. Unfortunately, those BBS wheels are not being sold with the car.

Beyond not really understanding how the promise of a BMW Z3 would have made this kit seem like it was worth the time and effort, as is usually the case with such mods, it does have some issues. The hood looks alright, but it clearly becomes a Miata once you reach the doors in a way that I find jarring. Maybe it’s as a result of its age, but the seams on this car are just painfully obvious to me.

On the other hand, if you want a supercharged, rear-wheel drive, manual sports car for $3,900 (and a bit of work), this may not seem like a dealbreaker to you. In any case, you can check it out on Facebook marketplace.