Showcased here through a series of detailed renderings, the bodykit radically transforms the look of the GR Supra but certainly isn’t for the faint of heart.

Things start out at the front end with an extended lip spoiler and a revised bumper. Zacoe has also developed a carbon fiber hood that doesn’t just add to the car’s aggression with its pronounced lines and creases but is also said to improve heat dissipation. Aerodynamic louvers are also featured on the sides of the hood.

Read Also: This Tuner Is Creating A Wild Bodykit For The McLaren 720S 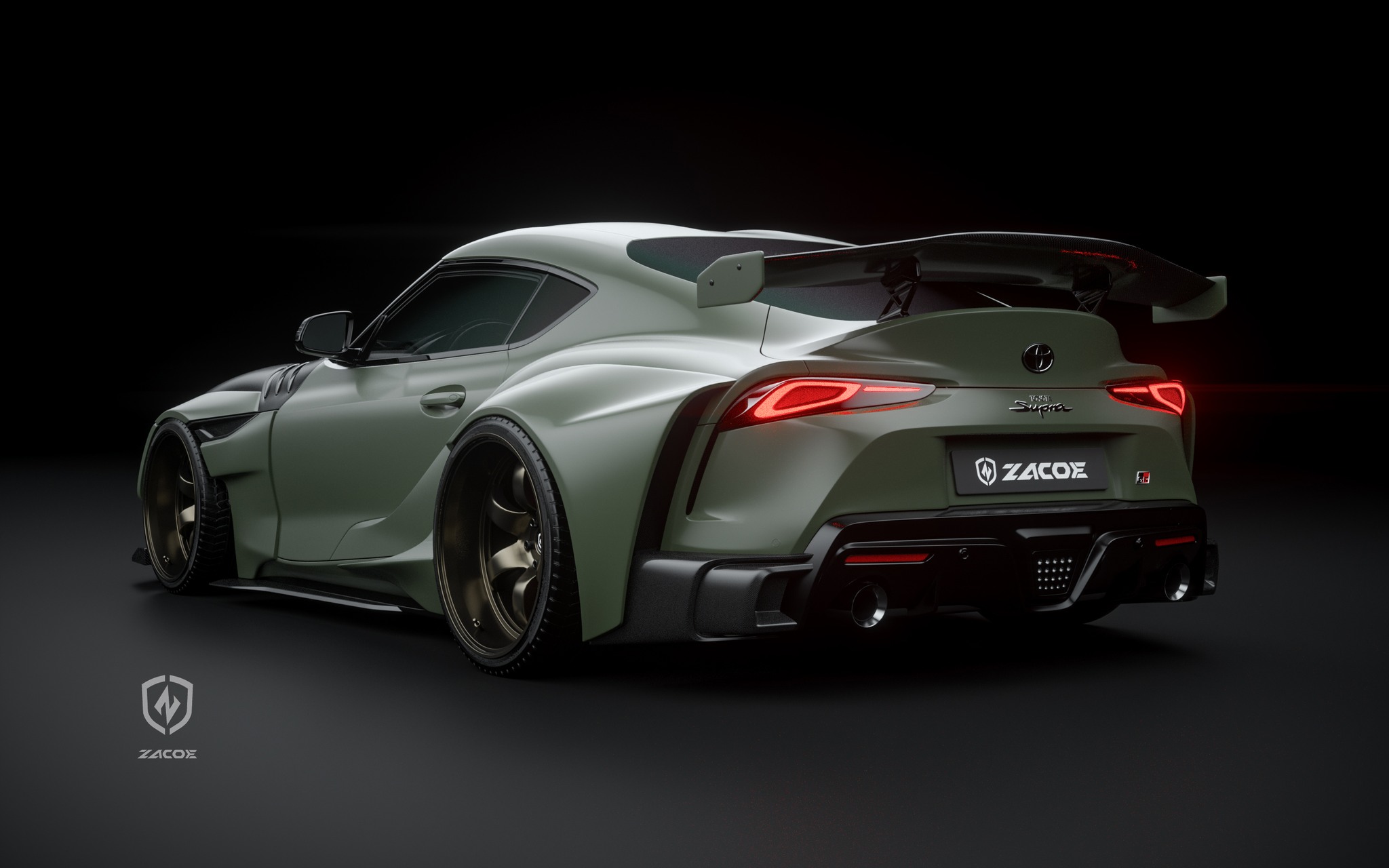 Elsewhere, the kit includes a set of bold front wheel arch extensions that also expose a decent part of the tire. The alterations continue along the sides of the GR Supra with new panels behind the front wheels and a carbon fiber skirt. Perhaps the most eye-catching element of the whole package are the flared rear wheel arches which, like those at the front, also provide a view of the tires.

Located at the rear is an extended wing and a bold new bumper. Zacoe notes that the re-designed rear fascia helps to reduce turbulence and allows for air to pass through more efficiently.

Zacoe has yet to announce pricing details for its Supra widebody kit but says that it is accepting orders. While this is the company’s first kit for the Toyota Supra, it does produce bodykits for various Porsche, Lamborghini, Mercedes-Benz, McLaren, and BMW models.