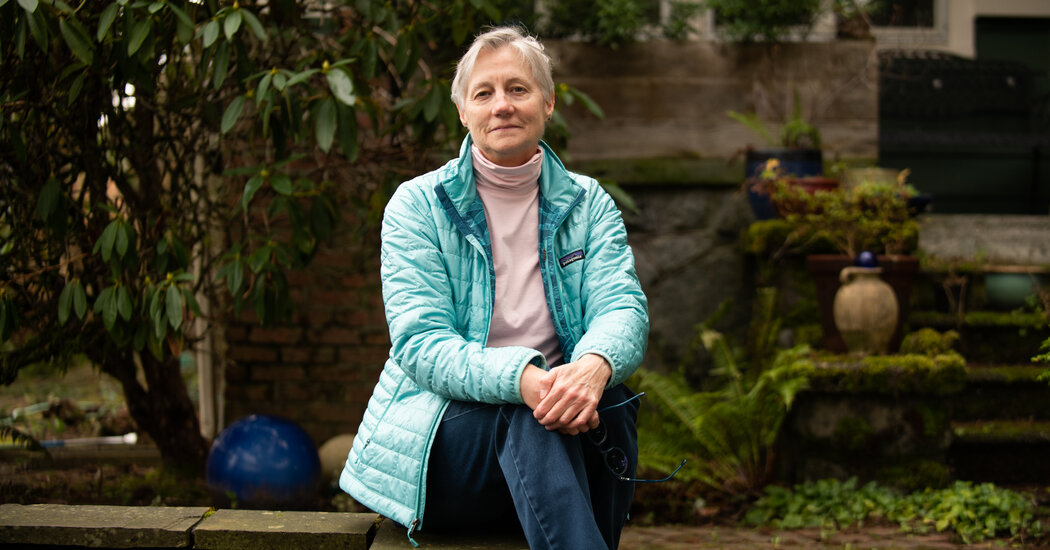 Starting at age 60 — or 50 for those who are disabled — a survivor can either apply for a deceased spouse’s Social Security benefits (if these are higher than the survivor’s, or if the survivor does not have the work history to qualify) or apply for them temporarily and delay claiming their own (allowing their benefit to increase until they reach full retirement age or beyond).

“The surviving spouses can end up with a lot more income,” said Trinh Phan, senior staff attorney at Justice in Aging. The average survivor’s benefit, the Social Security Administration reports, is $1,467 a month.

Ms. Thornton, for instance, had always worked for nonprofit organizations — first a food co-op, then a theater — and never earned as much as Ms. Brown, a staff member and instructor at The Evergreen State College.

On her own, Ms. Thornton had to apply for Social Security early, at 62, and turned to pet-sitting to supplement her benefits of $953 a month. She lived frugally and did not visit family often. “I couldn’t just buy a plane ticket and fly to California,” she said. “I had to postpone maintenance on my house for years.”

Once Social Security began her paying survivor’s benefits, however, her monthly income nearly doubled, to $1,849. And she received a lump sum of $72,000, retroactive payment for the years the agency denied her application.

Anthony Gonzalez and his partner, Mark Johnson, lived together in Albuquerque, N.M., for nearly 16 years, thinking they would never be able to marry in their state.