Decades ago, the idea of the flying car was thought to be a sure feature of the future. However, despite many attempts since that time, no company has actually made it to large-scale production of such a vehicle. Nowadays, brands from all over the planet including major automotive companies are working hard to bring car-sized flying vehicles to the market. None of them look like or fly like Klein Vision’s AirCar though and now, this unique vehicle is one giant leap closer to success.

All the way back in late 2020, the AirCar made its maiden flight and since then, the company has been making steady progress towards production. Today, we can confirm that they’ve secured a Certificate of Airworthiness from the Slovak Transport Authority. It took the flying car more than 70 hours of testing to achieve the certification and from what they’ve shown us, this wasn’t some simple series of touch and goes.

Read Also: Will Anyone Still Want A Lambo When We Can Buy Flying Cars?

Powered by a 140 hp 1.6-liter four-cylinder BMW engine, the AirCar can make serious aerial maneuvers that honestly look pretty unsettling to us motorsport fans. After all, the only time we see the bottom of a car flying through the air, something really bad has usually happened. But that’s just usual for the AirCar.

“AirCar certification opens the door for mass production of very efficient flying cars. It is official and the final confirmation of our ability to change mid-distance travel forever,” said Stefan Klein, the inventor, leader of the development team and the test pilot. “50 years ago, the car was the epitome of freedom,” said Anton Zajac, the project cofounder. “AirCar expands those frontiers, by taking us into the next dimension; where road meets sky.” 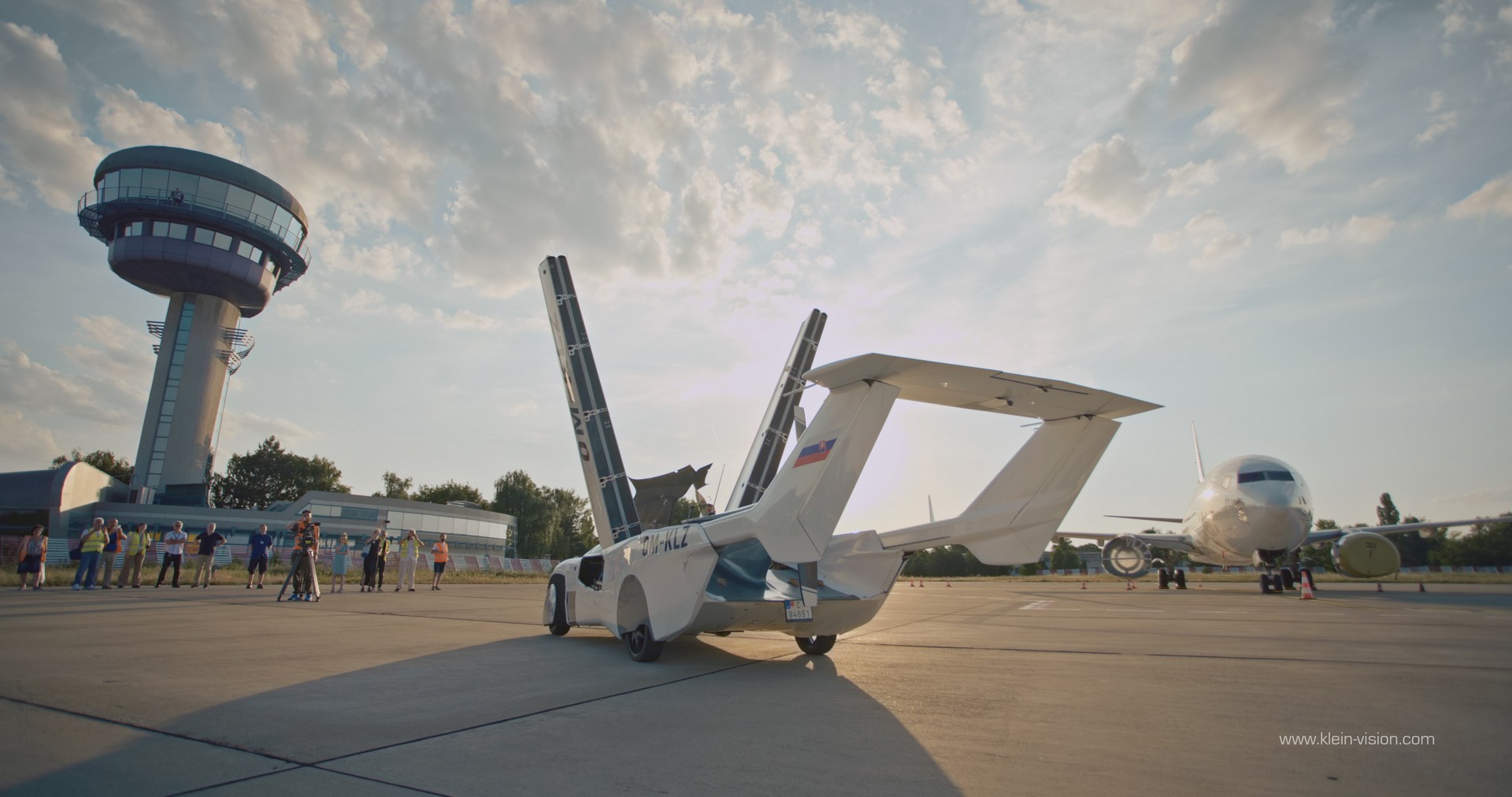 Klein Vision might be the only company this close to real tangible production of a flying car like this. They’re aiming for the public version to have up to 1,000 km or 621 miles of range. It’s great to see that it’s properly capable up in the air and that it’s not overly gigantic when in ‘car mode’. Just be careful not to go through any real low parking garages; that wing out back is so tall that it puts the old Plymouth Superbird to shame.