Cupra launched a new version of the Leon called the “VZ Cup” which adds some visual drama and sportiness to the Spanish sibling of the VW Golf GTI. The Cupra Leon VZ Cup is available with both pure ICE-powered and plug-in hybrid powertrains as the flagship trim of the range, while buyers can choose between hatchback and Sportstourer bodystyles.

Starting with the design, the VZ Cup is differentiated by the 19-inch Exclusive II allow wheels with copper accents matching the Cupra emblems. Other details include the dark aluminum side skirts and the carbon rear spoiler. Other than that it retains the sporty bodykit of the Cupra Leon with large bumper intakes, quad exhaust pipes, and a diffuser.

See Also: ABT Will Make Your Cupra Leon More Powerful Than A VW Golf R 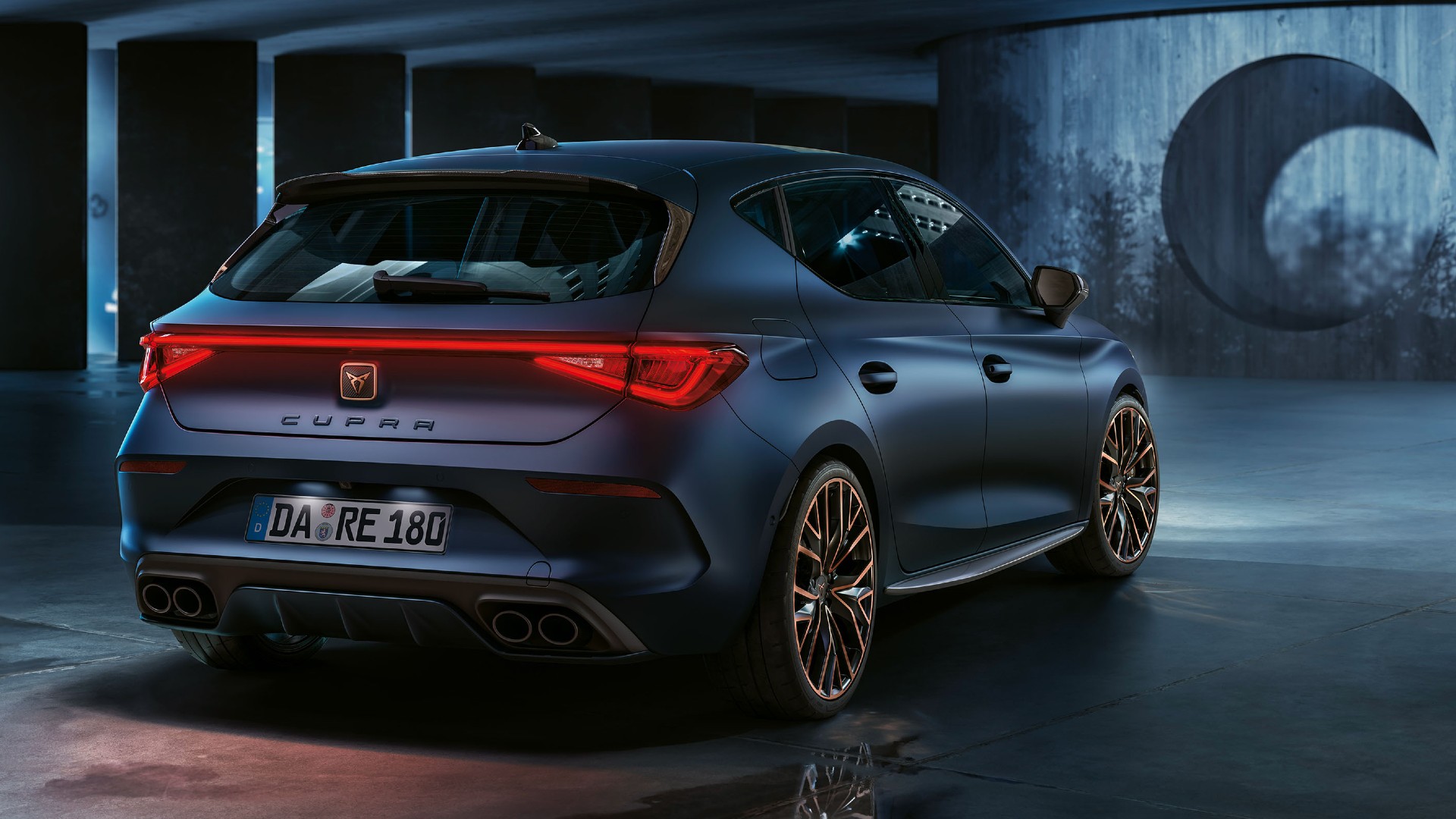 Inside the highlight is the heavily bolstered “supersport” bucket seats upholstered in either black or petrol blue leather. There is also a Cupra mode selector on the steering wheel and leather-style upholstery on the dashboard. Being the highest trim means that the VZ Cup gets a pretty long list of standard equipment, including the 10.25-inch digital instrument cluster, and the 10-inch infotainment touchscreen.