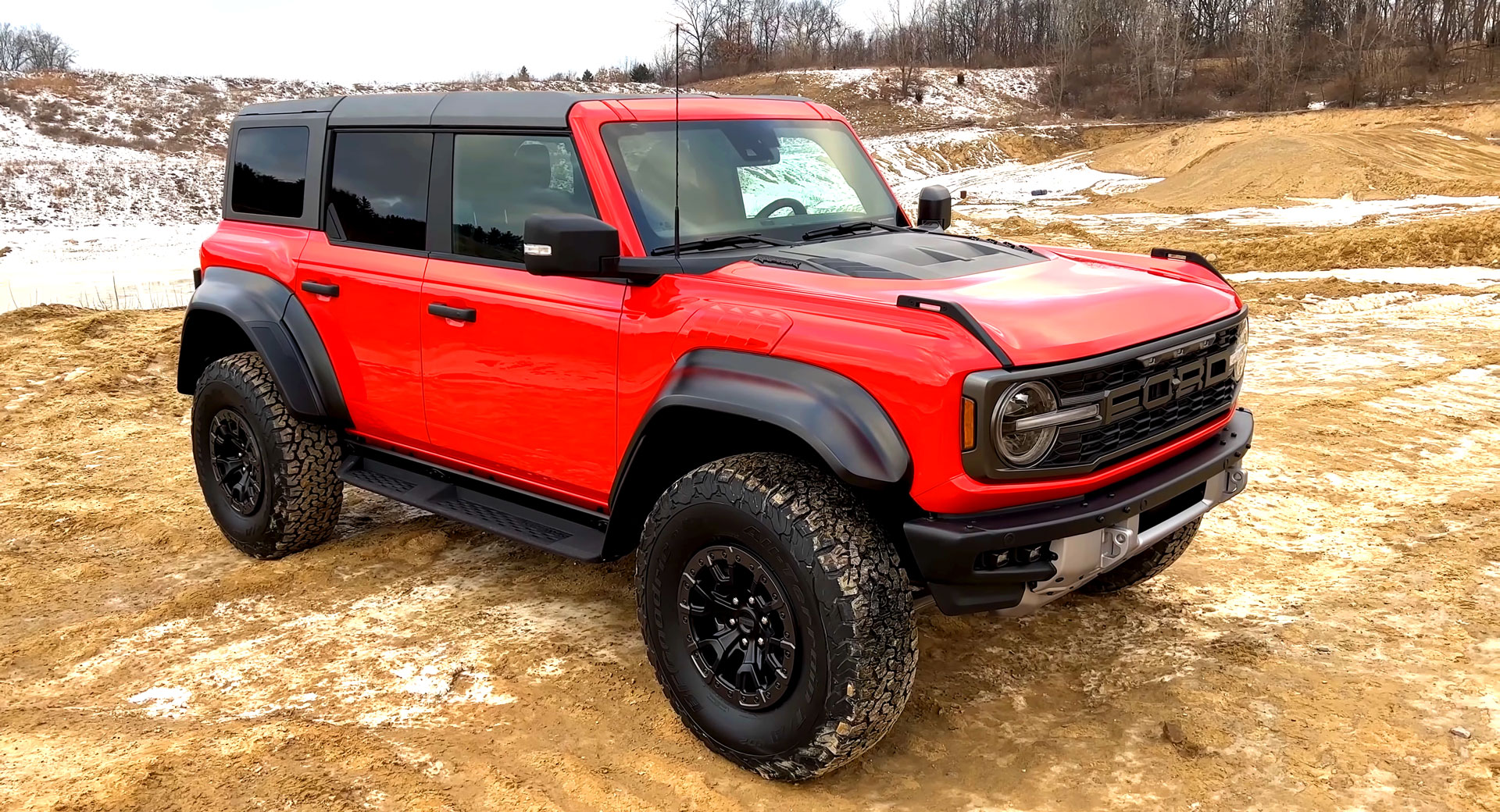 The Ford Bronco Raptor has finally arrived and now we’re getting the chance to see them up close and in person months before they arrive on dealer lots. In these two videos from Doug DeMuro and Car And Driver, lots of small details get shown off too. Here’s a deep dive into the details of what makes the all-new Ford Bronco Raptor stand out on its own 37-inch tires.

Despite their best efforts, neither review party could get any more info on the total output of the new Bronco Raptor. Ford says that they’re targeting over 400-horsepower and while C&D didn’t surmise about it, DeMuro thinks that they’re setting up a Bronco Raptor R for the future. We hope he’s right. Each video below does reveal some cool stuff though. For one, the new seats in the Bronco Raptor are lower to allow taller drivers to fit with their helmets on.

A lot of stuff comes off from the 2022 Bronco Raptor. Let’s start with the lens caps on the Rigid Industries Fog Lights sitting up front. Those are too bright to be street legal so when you get your new Raptor there will be caps on them. Once you get to the trail, pull the caps off and turn on your own personal sunlight. You can also pull off side steps and use the stock rock rails. This is the first time that a Bronco has been available with both.

It has proper race car technology too. Anti-lag, which is a part of the Bronco Raptor’s Baja Mode, is a feature that actually keeps exhaust gasses moving for a few moments after you let up on the throttle. This results in the turbocharger continuing to spin (reducing or eliminating turbo lag) so that as soon as you’re back on the go pedal you’ll get full power. The Bronco also needed more strength for its off-road adventures and to remedy that, Ford added a carbon-fiber brace at the back of the roof as well as an aluminum one in the center of the roof.

The Raptor also has a bunch of awesome easter eggs. Lightly imprinted in the hood cowling are the years that Ford went to and won at Baja. Whereas inside the fuel door of the regular Bronco, you’ll find little historic Bronco models from the past, in the Bronco Raptor, you’ll see historical Bronco race vehicles. Near one of the roof latches, you’ll see a very small set of geographical coordinates that point to the place where the Bronco Raptor was developed. That place is appropriately called Bronco Knoll in Lucerne Valley, California. We’d love to see someone take their Raptor home someday.