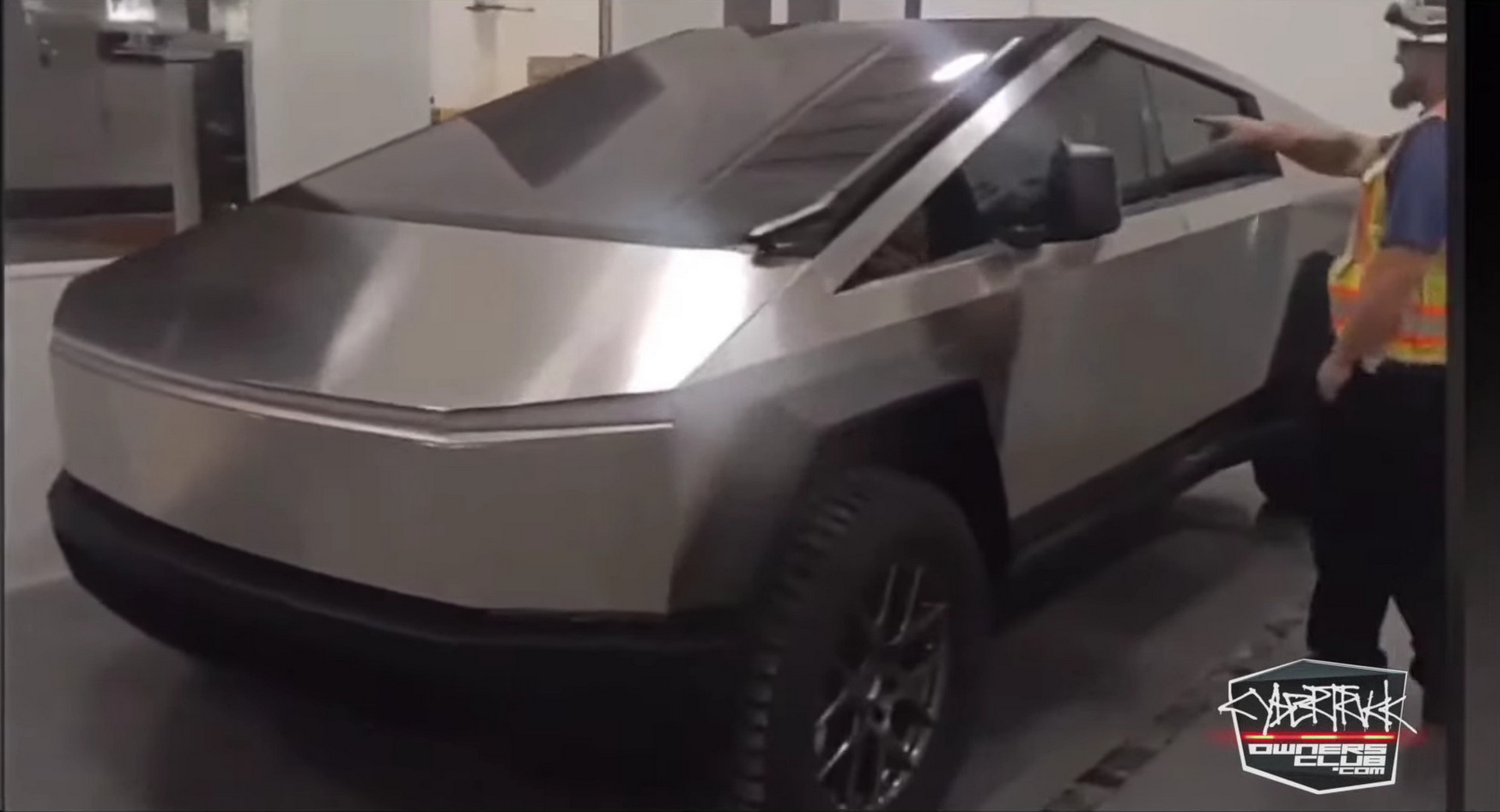 The Tesla Cybertruck has been the subject of some curiosity lately but a new set of photos and a walkaround video appear to show a closer-to-production version of the truck suggesting that Tesla is marching (crawling?) forward with the vehicle. Some are calling this a leaked video, but given that the person shooting it doesn’t really appear to try to conceal much, even showing one of the people at the location, allow us to be skeptical.

In any case, this prototype sports black side mirrors, plastic cladding around the wheel arches and rocker panels, and an absolute yardstick of a windshield wiper, as my colleague Michael Gauthier put it. Compared to the first model shown by Elon Musk 3 years ago, the electric truck certainly looks a smidge more production-ready here.

Naturally, it retains the wild design. The overall shape is true to the first concept truck and it still has no physical door handles. Although its wheels look a little more normal,sharing a similar Y-shaped spoke design with the Model 3, the shapes on the tire sidewalls suggest that a futuristic and perhaps aerodynamic wheel cover might ensure that they don’t look too normal.

If the massive windshield wiper seems odd to you, apparently it has vexed Elon Musk as well, who said that it was the most troubling part of the truck for him.

“No easy solution. Deployable wiper that stows in front trunk would be ideal, but complex” tweeted Musk.

Reports have suggested that the launch of the Cybertruck has been pushed back yet again. First unveiled in 2019, the production version will now reportedly be shown in the first quarter of 2023. If we don’t have another delay, that is.

In early December, Musk took to Twitter and said that the first Cybertrucks will feature four motors “with independent, ultra fast response torque control of each wheel.”

That was a surprise, as Tesla first announced three variants with one, two, and three motors. The tri-motor model was already supposed to hit 60 mph (96 km/h) in 2.9 seconds. That was before much of the pickup truck establishment had announced their electric trucks, though, so perhaps Tesla is reacting to the threat from Detroit and elsewhere.