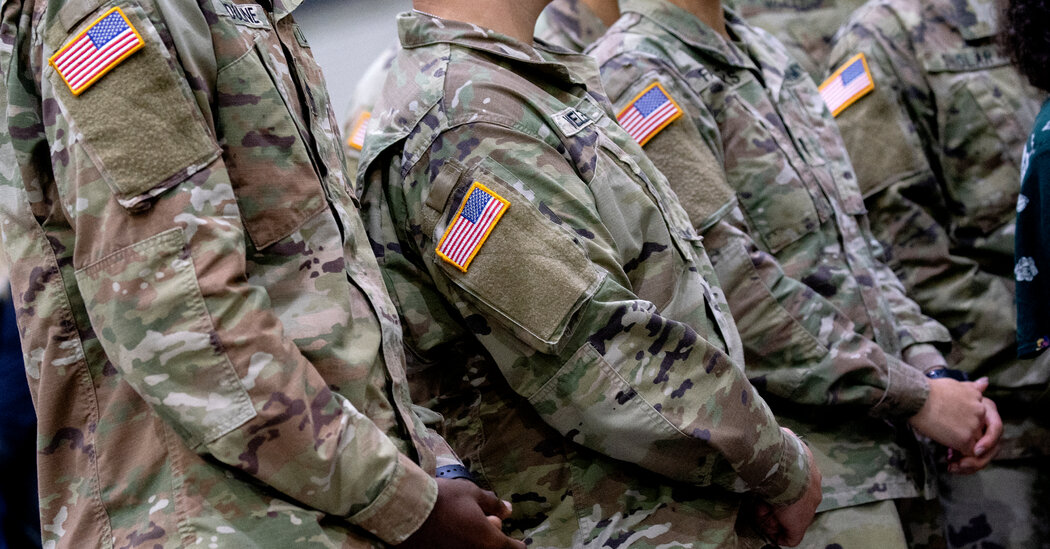 U.S. troops may be deployed to Eastern Europe

The Pentagon announced yesterday that it had put 8,500 American troops on “high alert” for possible deployment to Eastern Europe, as NATO and the U.S. braced for a possible Russian invasion of Ukraine. “It’s very clear the Russians have no intention right now of de-escalating,” John F. Kirby, the Pentagon spokesman, said.

Most of the 8,500 troops would take part in a NATO response force that might soon be activated, Kirby said. The remaining personnel would be part of a specific U.S. response to the deepening crisis, Defense Department officials said, most likely to provide assurance to American allies in Eastern Europe who fear that Russia’s plans for Ukraine could extend to the Baltics and other countries in NATO’s so-called eastern flank.

The Biden administration continues to insist that the U.S. does not intend to go to war with Russia over the issue. Since Ukraine is not in NATO, the alliance is not bound by its treaty to come to Ukraine’s defense. But Russia’s buildup of troops on Ukraine’s border and NATO’s response have nonetheless raised the specter of a war that could escalate and widen.

NATO: Some member countries are putting their forces on standby and sending additional ships and fighter jets to Eastern Europe to reassure allies in the region, as Britain joined the U.S. in ordering families of diplomats out of Ukraine, citing “the growing threat from Russia.”

The rapid spread of the Omicron variant of the coronavirus offers “plausible hope for stabilization and normalization” in the coming months, thanks to natural immunity through infections as well as vaccinations, Dr. Hans Kluge, the top W.H.O. official in Europe, said in a statement released yesterday.

Dr. Kluge warned, however, that it was too early for nations to drop their guard, with so many people unvaccinated around the world. “The pandemic is far from over, but I am hopeful we can end the emergency phase in 2022 and address other health threats that urgently require our attention,” Dr. Kluge wrote, adding, “It is far too early to relax.”

As nurses and doctors around the world struggle with Omicron cases, evolutionary biologists are engaged in a struggle of their own: figuring out how the variant came to be. Earlier variants differed from the original Wuhan version of the coronavirus by a dozen or two mutations. Omicron has 53 — 13 of which are rarely, if ever, found in other coronaviruses.

Global trends: The U.S. reported a steady decrease in cases over the past week, to a daily average of about 690,000 new cases on Sunday. Cases in Western Europe appear to be plateauing, while Eastern Europe is still facing surges.

Here are the latest updates and maps of the pandemic.

The military seized power in Burkina Faso yesterday, ousting Roch Marc Christian Kaboré, the country’s democratically elected president, after mutinous soldiers stormed his home. It is the latest in a series of military coups in sub-Saharan African countries struggling to beat back a rising tide of Islamist violence.

Kaboré had been leading Burkina Faso, a poor and landlocked country of 21 million people in Western Africa, since 2015. But he faced growing criticism from soldiers and civilians over his government’s failure to stem militant attacks that have destabilized broad parts of Burkina Faso, displaced 1.4 million people and caused 2,000 deaths last year alone.

The coup was announced on state television by a fresh-faced officer who said that the military had suspended the Constitution and dissolved the government, and that it was closing Burkina Faso’s borders until further notice. He introduced Lt. Col. Paul-Henri Sandaogo Damiba, a top commander, as the country’s new leader.

Kaboré: The spokesman gave no indication of the president’s whereabouts, saying only that he had been captured “without bloodshed” alongside other civilian leaders and that he was being kept “in a secure place.” But there were signs that the ousted president did not go easily.

A longstanding source of local pride and affection, Welsh mountain ponies have seen many of their traditional roles vanish. A new initiative aims to ensure their continued survival.

The soundtrack to Disney’s “Encanto” has hit the No. 1 spot on Billboard’s top albums chart for a second time. If you don’t live with young children, this might be surprising. If you do, you might wonder: “Only twice?”

“Encanto” is an animated movie about a family in Colombia with magical powers, featuring a soundtrack by Lin-Manuel Miranda. The songs are classic Disney fare, fused with Latin-American musical styles and Miranda’s Broadway and hip-hop sensibilities.

Leading the way is the single “We Don’t Talk About Bruno,” which recently reached No. 4 on the Billboard Hot 100 chart — higher even than “Let It Go” from “Frozen” reached. TikTok has helped, with people singing along or acting out moments from the song for millions of viewers.

“I could look at the TikToks all day,” Jared Bush, one of the film’s directors, told The Times. “Everyone is finding a different entry point, whether it’s a specific moment or character dynamic. There’s something in it for everybody and, honestly, it’s just delicious.”

The latest episode of “The Daily” is about the Paralympian Marieke Vervoort, who underwent euthanasia in Belgium.

Tom Wright-Piersanti wrote today’s Arts and Ideas. You can reach Natasha and the team at briefing@nytimes.com.