The new-generation Land Rover Defender has not been around for long, but it has proven to be quite popular with tuners. Manhart, Carlex, Heritage Customs, Lumma Design, and other companies have unveiled their proposals for the British SUV so Chelsea Truck Company had to step up the game giving the Defender a more extensive makeover. The result is a carbon wide-body conversion designed by Kahn that is available for both the 90 and the 110 variants, combined with bespoke interiors.

The absolute highlight of the kit is the front and rear fender add-ons, making the SUV look more aggressive while covering the massive wheels. Similar add-ons on the bumper, grille, and side vents continue the same theme all around the vehicle. Kahn lettering at the bonnet and a Chelsea Truck Co. spare wheel cover are replacing the traditional Land Rover emblem which is still present on the grille. 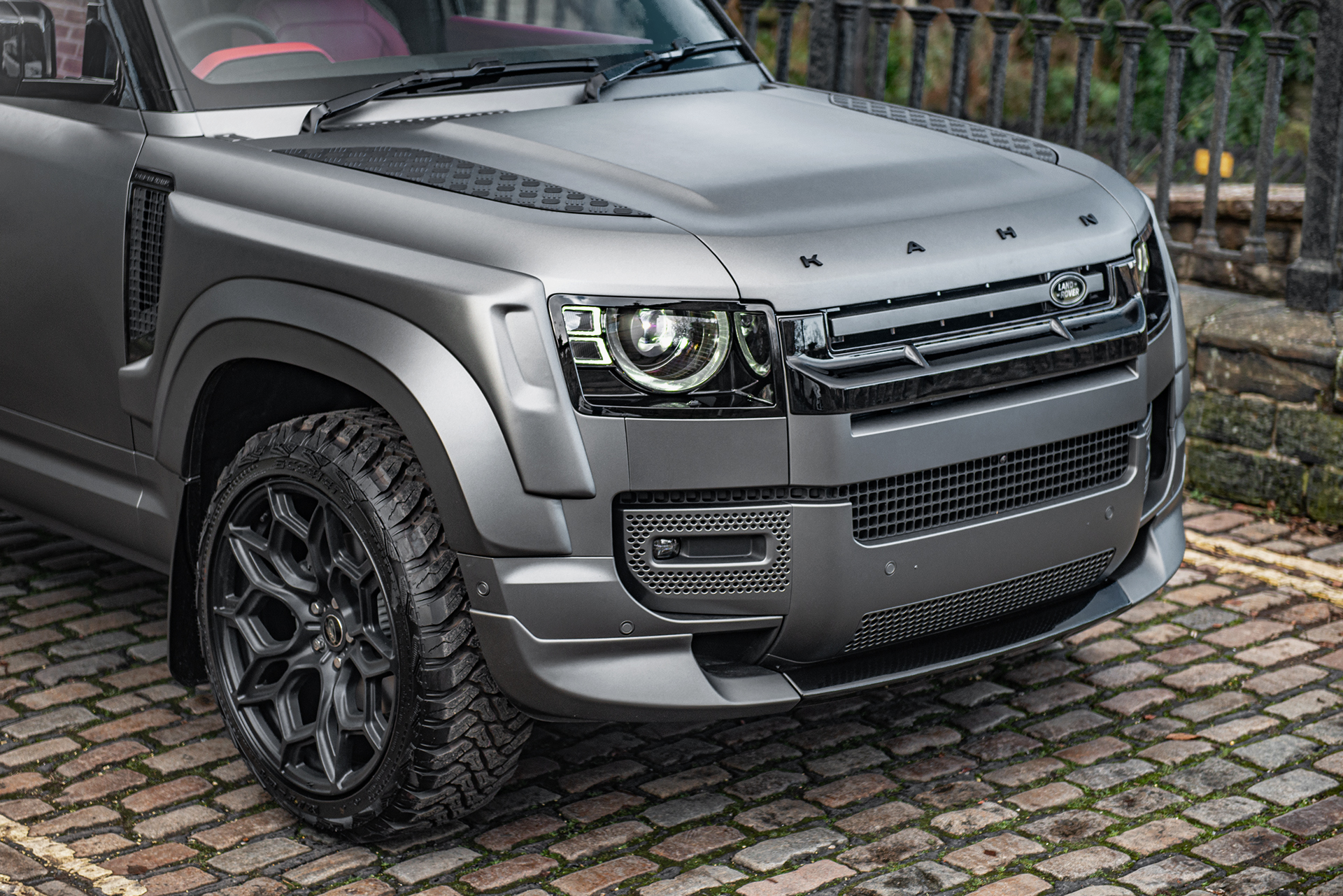 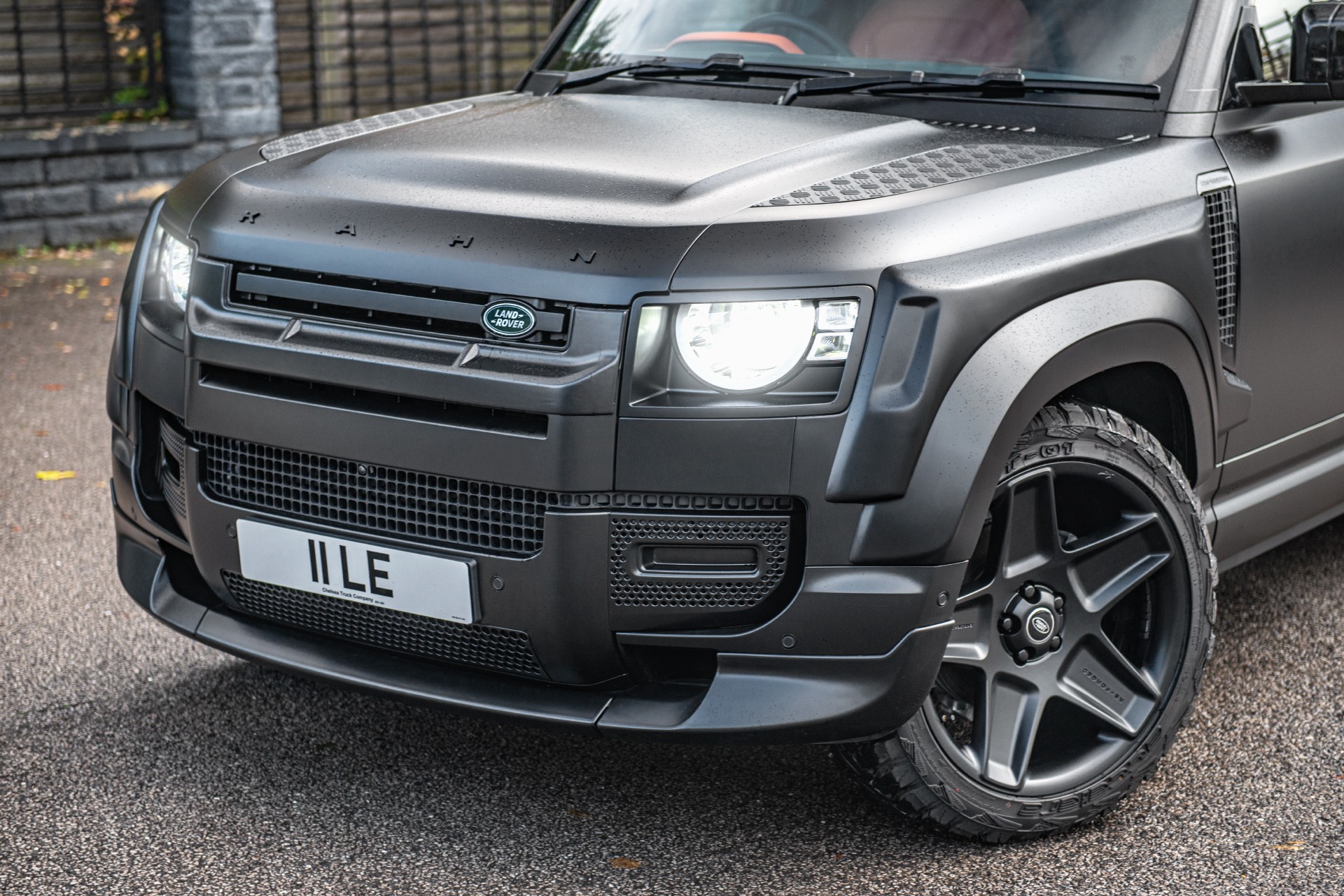 A Defender tune wouldn’t be complete without a new set of wheels. For the 90, Chelsea Truck chose the 22-inch Type 57 RS forged alloy wheels, while the 110 got the five-spoke 22-inch Mondial Retro light-alloy wheels, which in both cases are shod in M/T tires joined by wide mudflaps. Finally, the quad exhaust pipes sticking out of the rear end communicate the sporty nature of the build.

The short-wheelbase model is combining a Volcanic Rock Satin Paint exterior paint with Red Designo leather for the cabin, while the long-wheelbase gets a Black Satin exterior with Volcanic Orange leather inside, with both featuring a Santorini Black roof. Equipment includes a panoramic glass roof, heated seats, 360-degree cameras, the standard infotainment touchscreen, and the digital instrument panel. 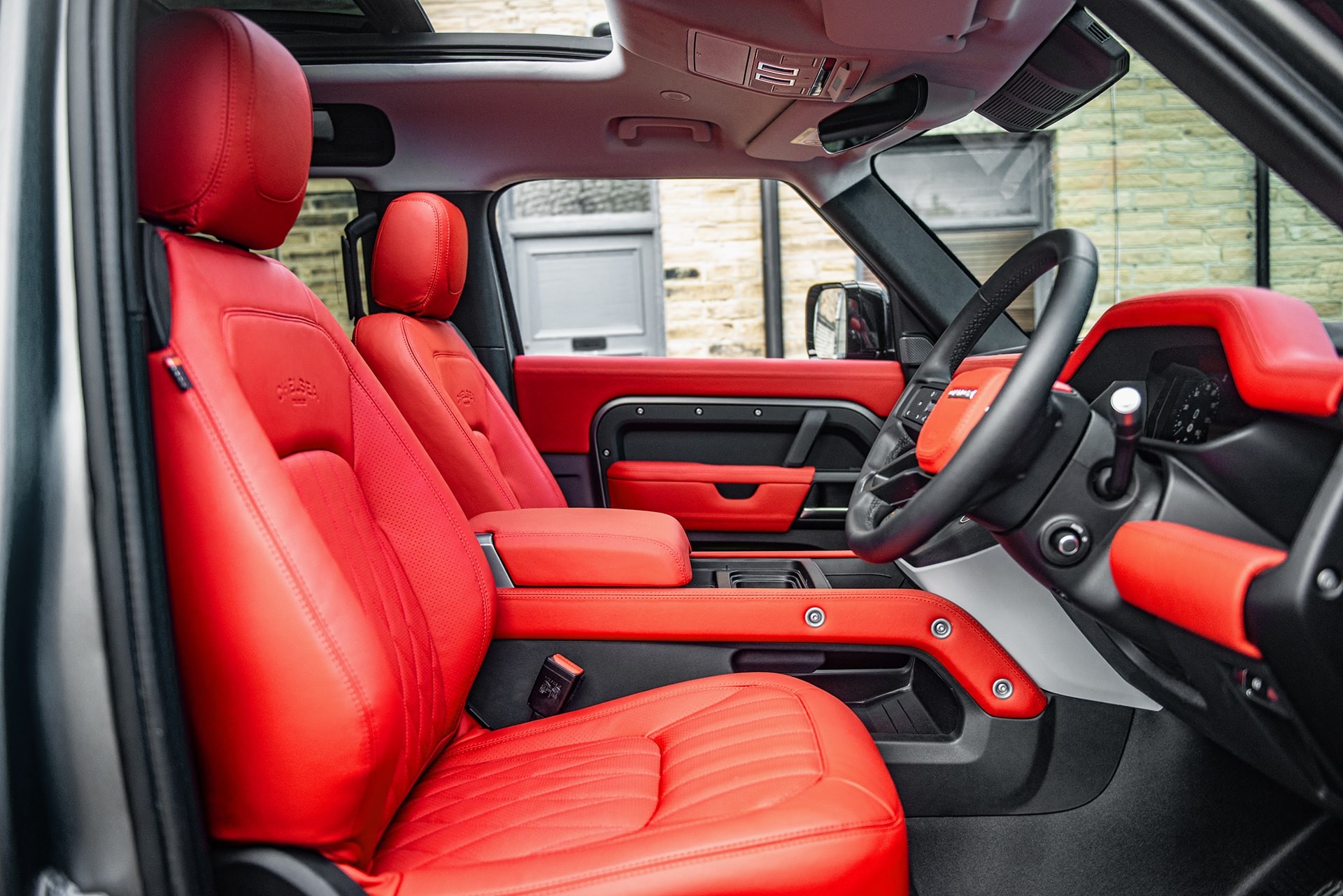 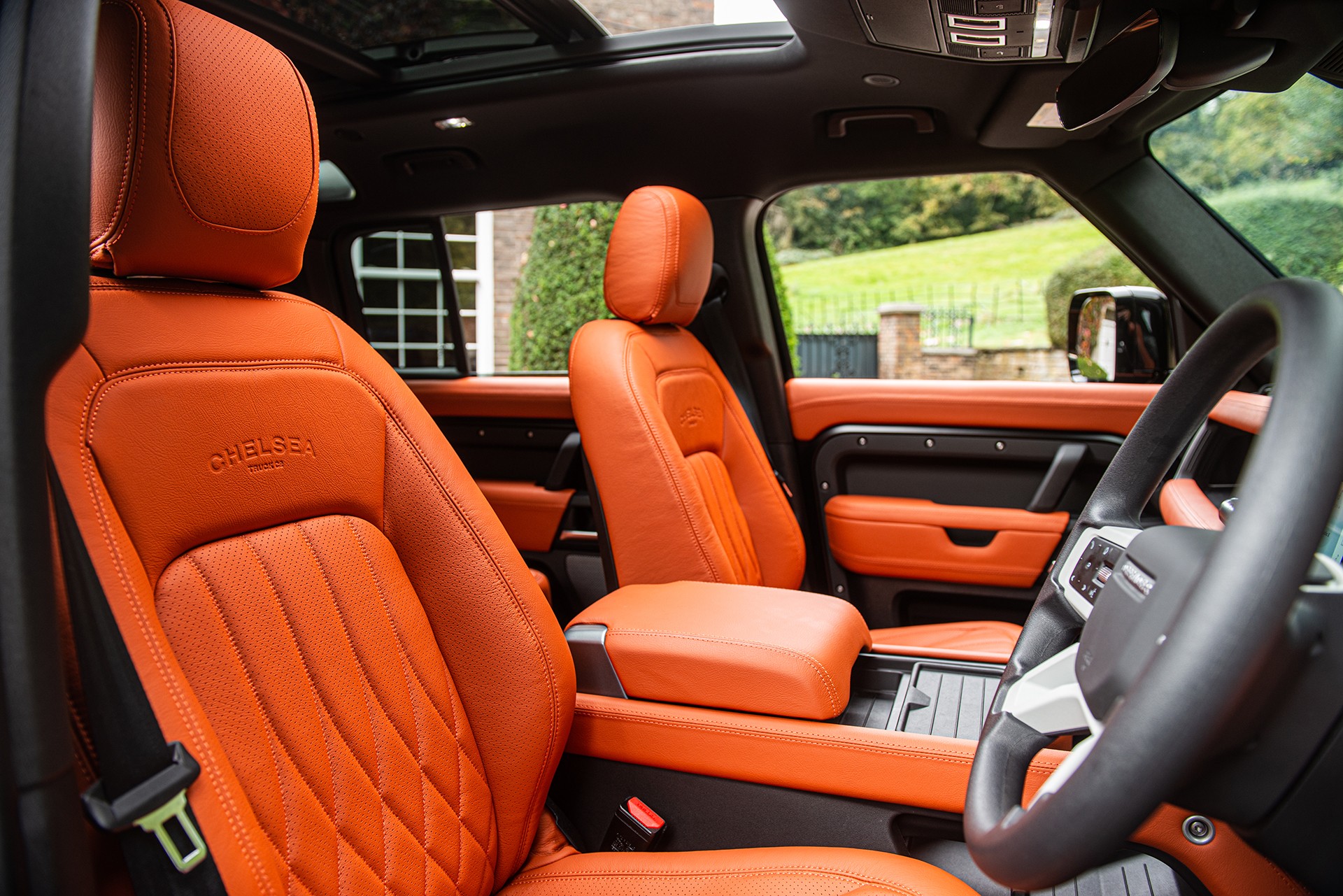 While the conversion is available for any powertrain variant of the Defender, including the range-topping V8, the vehicles offered for sale are based on the P300 specification. This means they are fitted with a turbocharged 2.0-liter four-cylinder petrol producing 296 hp (300 PS) that’s mated to an eight-speed automatic gearbox.