Prolific Los Angeles-based car collector and real estate mogul Manny Khoshbin is selling one of his Bugatti Veyrons and while most cars in his collection are absolutely pristine, this one needs a little bit of work.

This Veyron is a 2006 model and was the 41st example that Bugatti built and the 12th that was built for the U.S. Khoshbin acquired the car in October 2020 and is now selling it with an owner’s manual, a factory-supplied HP iPaq Pocket PC, keys, a Bugatti-branded battery tender, a clean Carfax report, and a clean California title.

Adorning the exterior of the car is a two-tone paint scheme combining blue and white. The French hypercar also continues to sit on its standard wheels and in December 2021 was fitted with new Michelin Pilot Sport PAX tires at a cost of over $34,000. 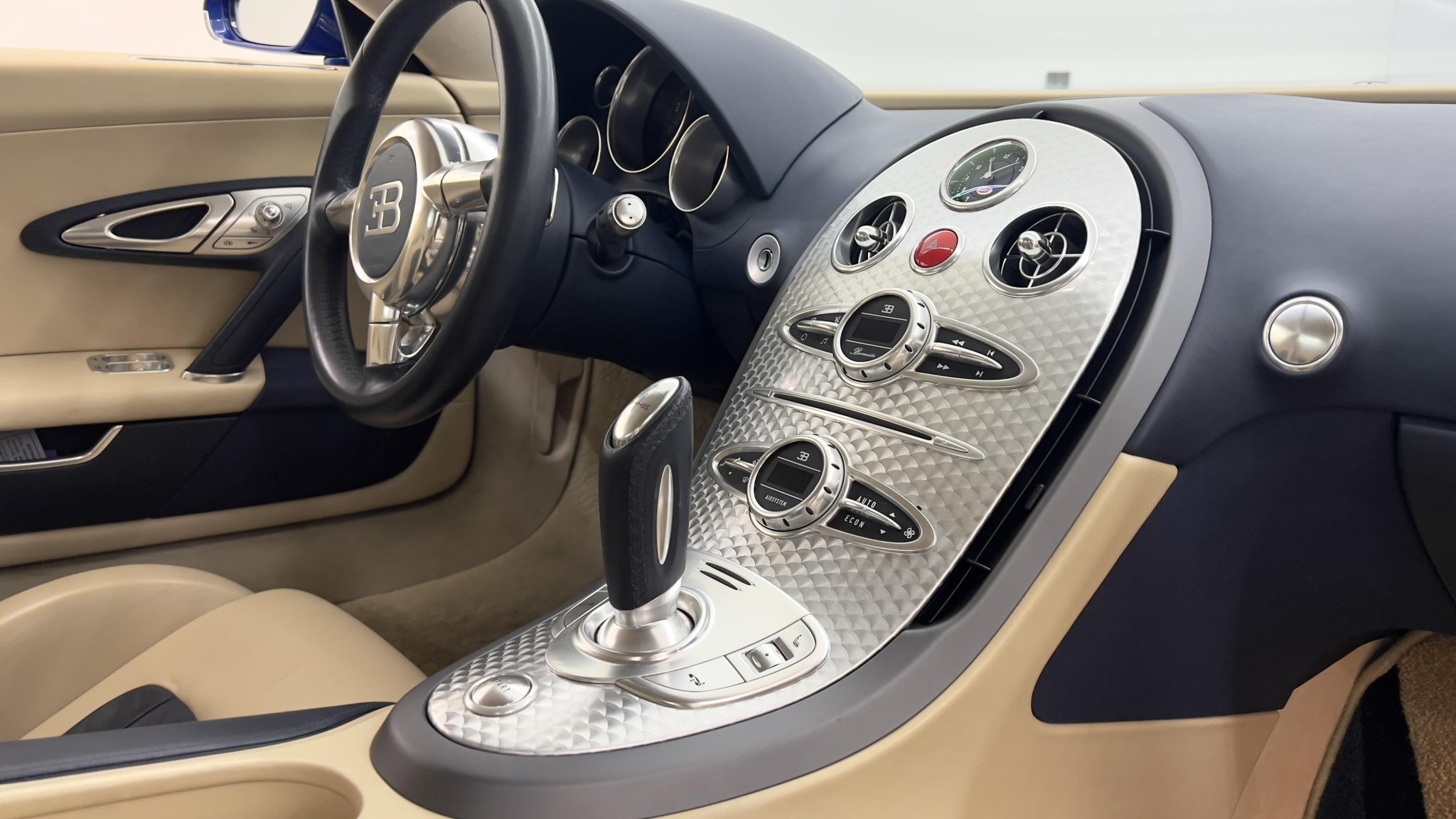 Found in the cabin of Khoshbin’s Veyron are leather-wrapped seats trimmed in tan with blue accents. This upholstery is also found across the door panels, center console, dashboard, A-pillars, and headliner.

The Bring a Trailer listing reveals that in addition to new tires being fitted in December by Bugatti Newport Beach, the car’s engine oil, coolant, and gearbox oil were all replaced. Interestingly, the service record notes that there are coolant leaks from the front radiators and says that the car is “not safe to drive.” What’s more, the rear wing and airbrake is said to be inoperable and in January, the Bugatti underwent repairs to fix scuffs on the front bumper. 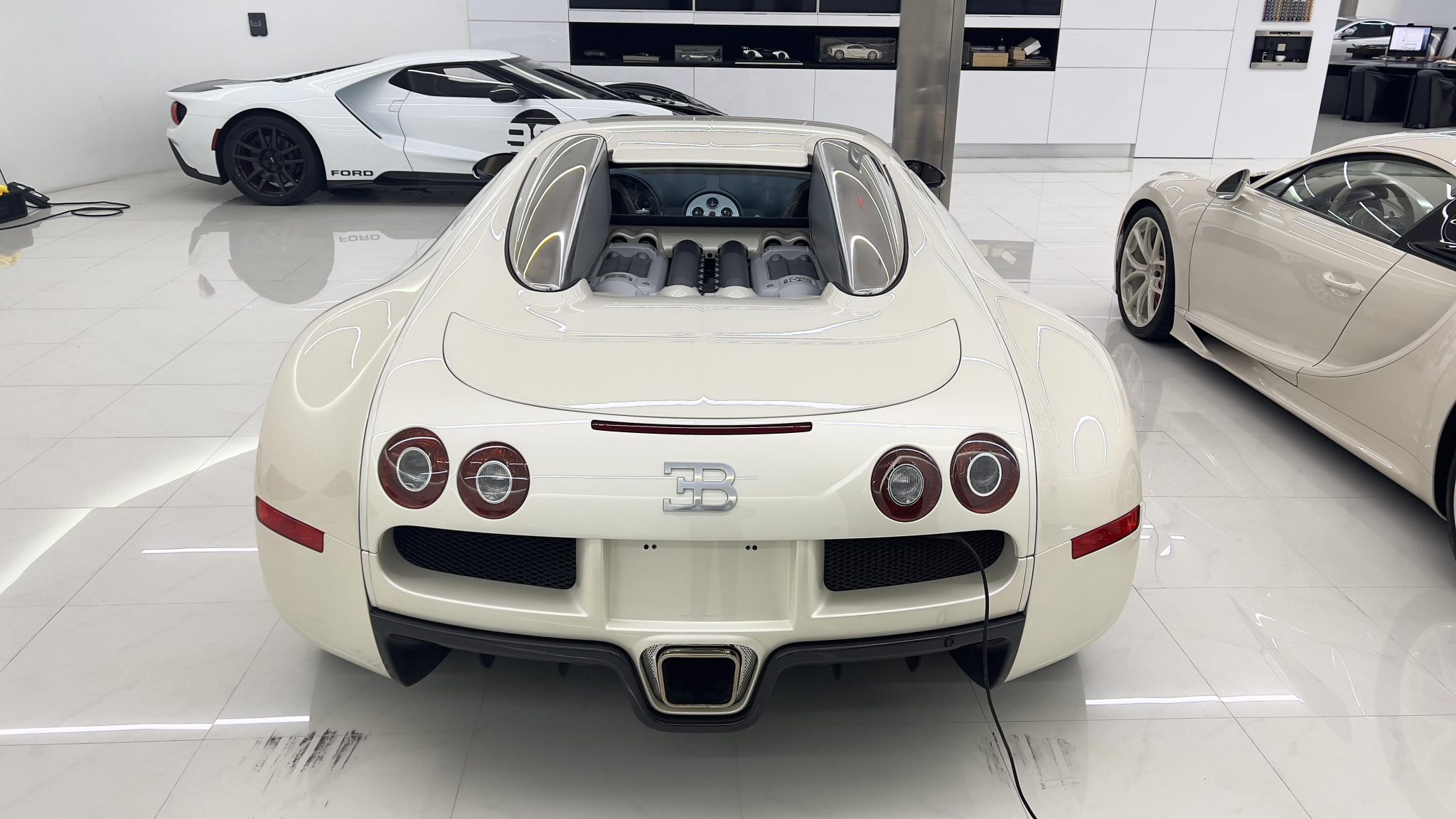 It is unclear how much it will cost to have the coolant leaks and rear wing repaired, but the Veyron’s extraordinarily high maintenance costs are quite infamous, so we don’t think it will be cheap.

The listing adds that the car has been driven roughly 14,000 miles (22,530 km) since new and at the time of writing, the listing had attracted a highest bid of $1 million.