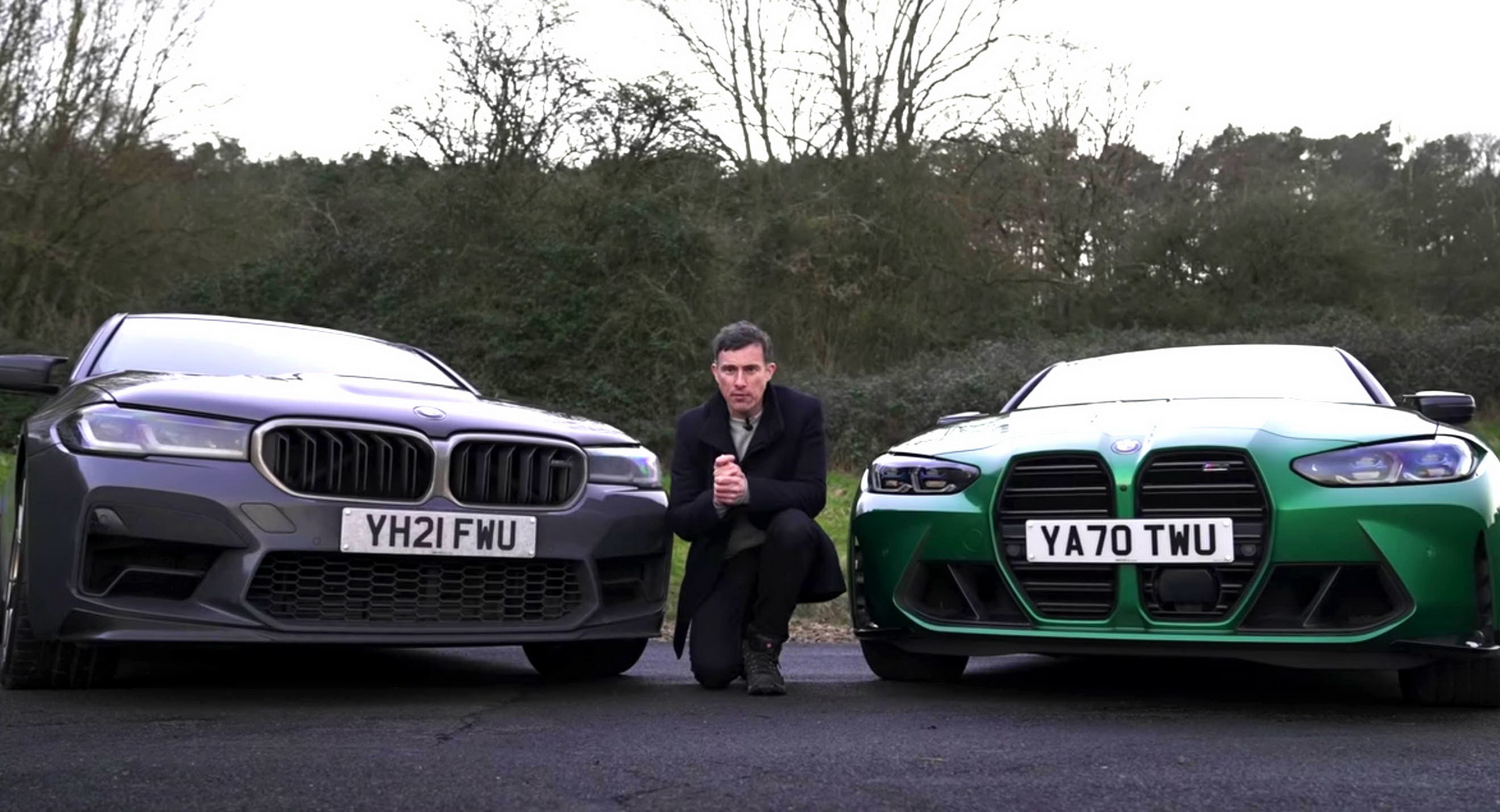 CarWow’s Mat Watson is moving from a BMW M3 Competition to a BMW M5 CS (alright for some, eh?). But his press-car switcharoo gives him an opportunity to answer a question that may not have the most straightforward answer. At nearly twice the price of the M3 Competition, is the BMW M5 CS really twice the car?

While looks are pretty subjective, you might think you’d be hard pushed to find someone who prefers the M3’s grille to the M5 — but that person has been found in Watson, who feels the bucktoothed Bimmer is more aggressive, with its front-end growing on him. However, from most other angles, the M5 wins, with the CS featuring some fetching Bronze accents to boot.

With all-wheel drive and more, the M5 CS easily wins the launch comparisons, returning a 2.88 second 0-60 mph (0-100 km/h) time vs. the rear-wheel-drive M3’s 4.96 seconds. But it’s not only a straight-line victory for the CS. Taking both cars on a set of twisty backroads, the M3 shines as a well-tuned and honed chassis. But the M5 CS has the edge, feeling just that bit more special.

The synergy of BMW’s changes, many of which are incremental, means that the M5 CS feels better than its little brother. It flies in the face of convention, as the status-quo has long been that the M3 is the more agile and track-focused of the two. However, the M5 CS manages to immerse the driver in its chassis, despite having an engine that isn’t as remarkable as you might expect.

So, although the M3 is an enjoyable and objectively great car that can be easily daily driven, Watson concludes that it won’t be remembered as one of the M division’s greats. The M5 CS, however, will, making its victory a heart-over-head judgment.