Almost every used car has seen its value rise to some degree over the last two years. That also applies to vehicles in the supercar category like this gold and beige Bugatti Veyron. Priced at more than $1.5 million, we’re not so sure that it’s the 16-cylinder rocket to drop your hard-earned cash on.

Don’t get us wrong; we love that 8.0-liter quad-turbocharged V16 and all of the speed and excess that comes with it. And this particular car seems to come with a lot of the original equipment and has enough mileage that one could drive it without hugely devaluing it. No, there are some other concerns that we would have if it were our money.

First and foremost, the fact that this Veyron looks like it stole its paint colors from a mid-2000s Toyota Camry isn’t the best thing. When most of us close our eyes and visualize a Bugatti Veyron it’s not likely that this paint combo pops up into our minds. Nevertheless, the seller says that this is a totally one-off paint color combination so perhaps it adds some value.

Read Also: Bugatti Veyron Driven Into A Lake In 2009 Is Finally Being Rebuilt 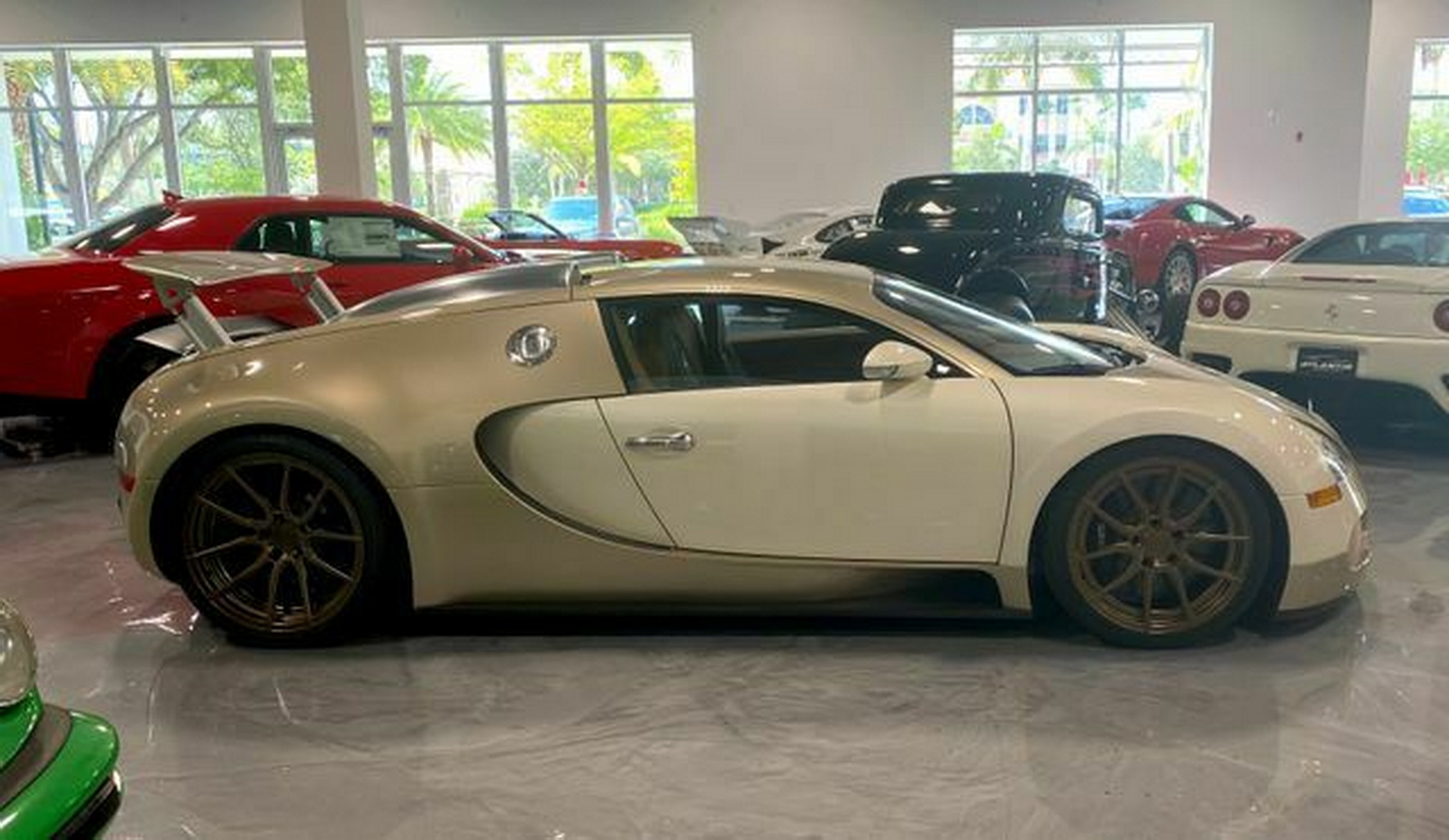 It’s also interesting to note the tires which are Pirelli P Zeros wrapped around aftermarket wheels. Those aren’t the famously expensive Michelin rubber that the Veyron uses to safely reach its top speed. Of course, they’re included in the sale but there’s no mention of their condition or when they were last replaced. A full set will cost more than $40,000.

And remember that big boost in value that used cars have seen? This same Veyron was available in the past with about 50 fewer miles on the odometer, wearing the original wheels and tires, for “just” $1,150,000. We can’t speculate on when exactly that sale took place or what money changed hands, but an almost 50 percent increase in value on eBay is a big pill to swallow.

Having a quick look around the web it’s easy to find other Veyrons for sale in more traditional colors for less money too. Perhaps some of you love this paint job though. What do you think? Is it worth the extra money to you to have a one-of-one color combination?