[UPDATE: The story was updated with additional photos giving us a better look at the exterior design of the camouflaged prototype, plus a glimpse inside the cabin.]

Our spy photographers caught a camouflaged prototype of a Peugeot coupe-style crossover, which is rumored to get the 4008 name. This is the first time we see a Peugeot with such a bodystyle, signaling the brand’s entry into a new segment.

Initially we thought that the new model would bridge the gap between the 308 compact hatchback and the 3008 C-SUV, offering more interior space than the former and a more aggressive design than the latter. However, the model appears to be longer than both of those models, combining an aerodynamic body with a fair bit of ground clearance. The prototype looks quite appealing with slim LED headlights, pronounced shoulders, and a sloping roofline towards the back, where we can see a long rear overhang. In some of the photos, the driver’s door is open, giving us a glimpse of the interior with a small-diameter flat-bottom steering wheel and a fully digital cockpit. 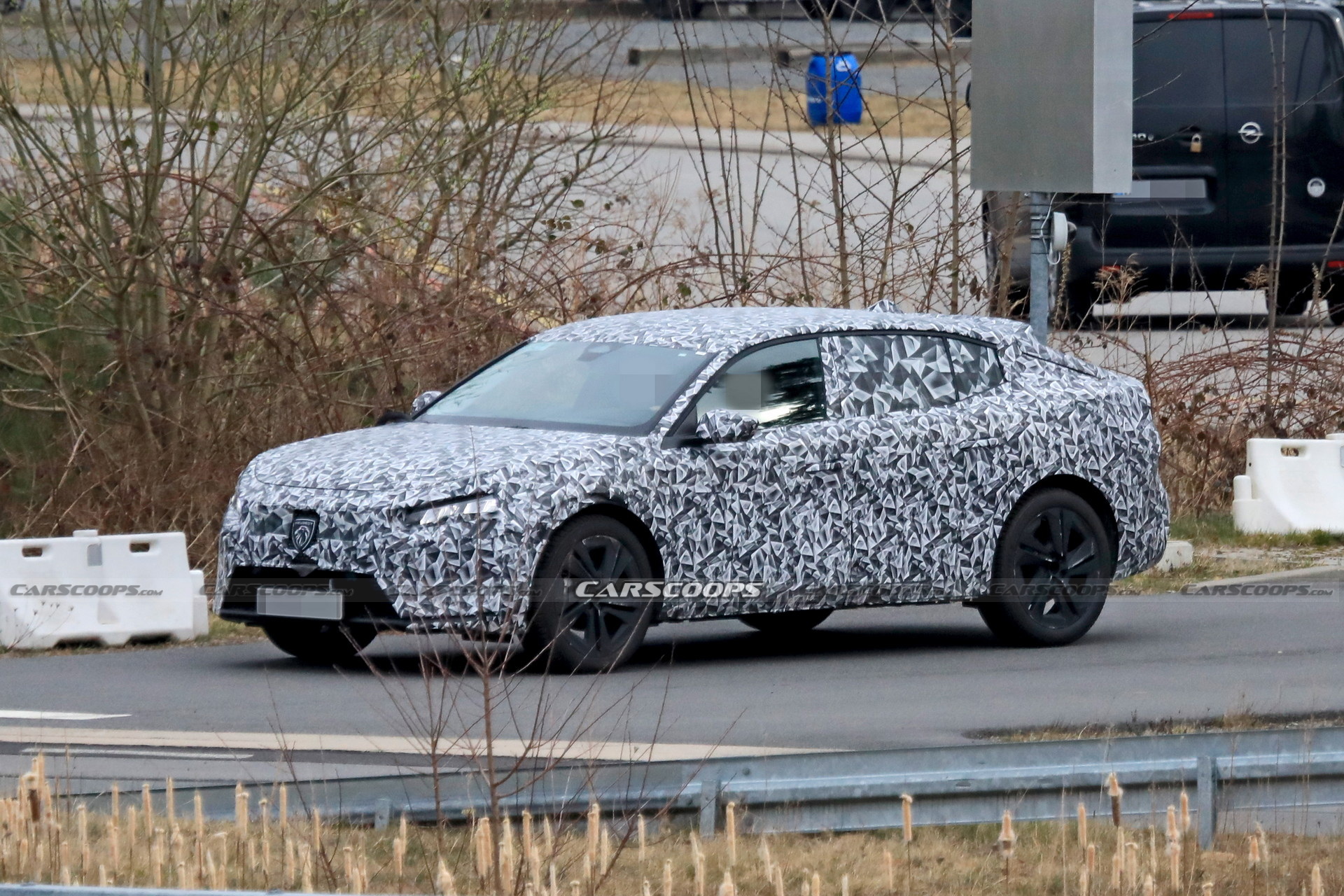 Besides the camouflaged prototype that is wearing a production body, our spy photographers caught a mule of the same model testing in northern Sweden. This one wore a modified body of a previous-generation Peugeot 308 SW but featured wider tracks and a longer wheelbase.

The 4008 will most likely be based on the EMP2 platform, just like the 308, the DS 4, and the Opel Astra, although it will likely use a stretched version of that platform introduced in the similar-proportioned Citroen C5 X. This will make it compatible with plug-in hybrid powertrains, which are quickly becoming the norm for any upcoming new model in Europe. In the current Stellantis range PHEVs are producing a combined output of 177 hp (132 kW / 180 PS) and 222 hp (165 kW / 225 PS) in front-wheel-drive, single-electric motor flavor, or up to 296 hp (221 kW / 300 PS) and 355 hp (265 kW / 360 PS) in all-wheel-drive, dual electric motor guise. In any case, the combustion engine is the turbocharged 1.6-liter PureTech four-cylinder petrol engine in various states of tune. 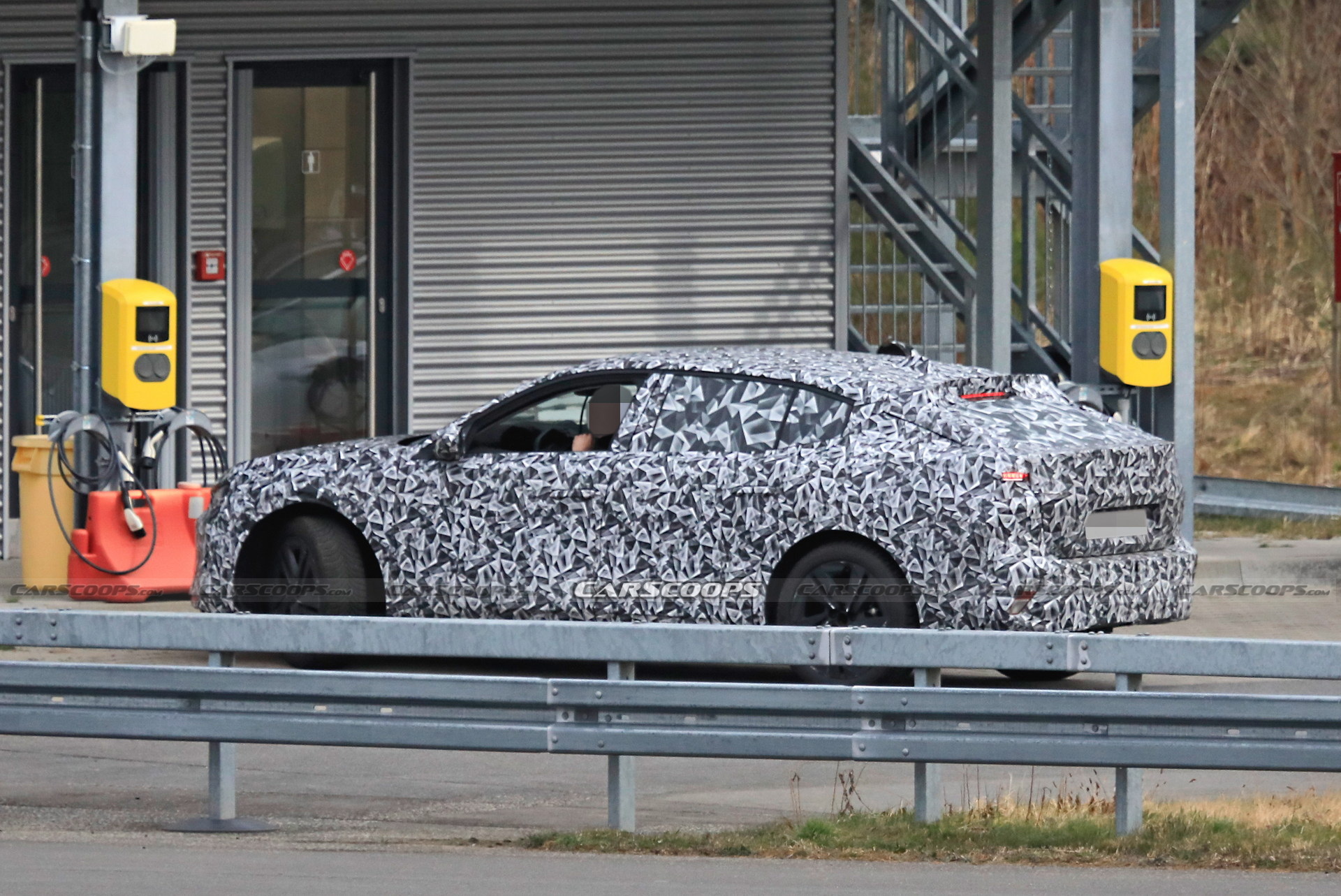 At this point, we can’t be sure about the nameplate that Peugeot is going to use for its first raised five-door coupe crossover, with the 4008 being the safest bet. While some French media call this a Renault Arkana competitor, Peugeot’s premium turn during the past few years suggests that the model could compete with the likes of the more expensive Audi Q3 Sportback, BMW X2, and Mazda CX-30 in the premium corner of the segment, or even work as an alternative to larger sedans judging from its size.

The production version of the first coupe crossover from Peugeot is expected to debut in late 2022 or spring 2023, with a market launch in Europe following shortly after.