The Bugatti Veyron Grand Sport Vitesse was formerly the world’s fastest convertible and a particularly stunning example is currently up for sale.

Of the 450 Bugatti Veyrons that were produced, just 92 are thought to be Grand Sport Vitesse models. The listing doesn’t note which number this Vitesse is but it has unique exterior and interior finishes that really make it stand out.

Read Also: For $1.6 Million, Will You Go For A One Of A Kind Beige Bugatti Veyron? 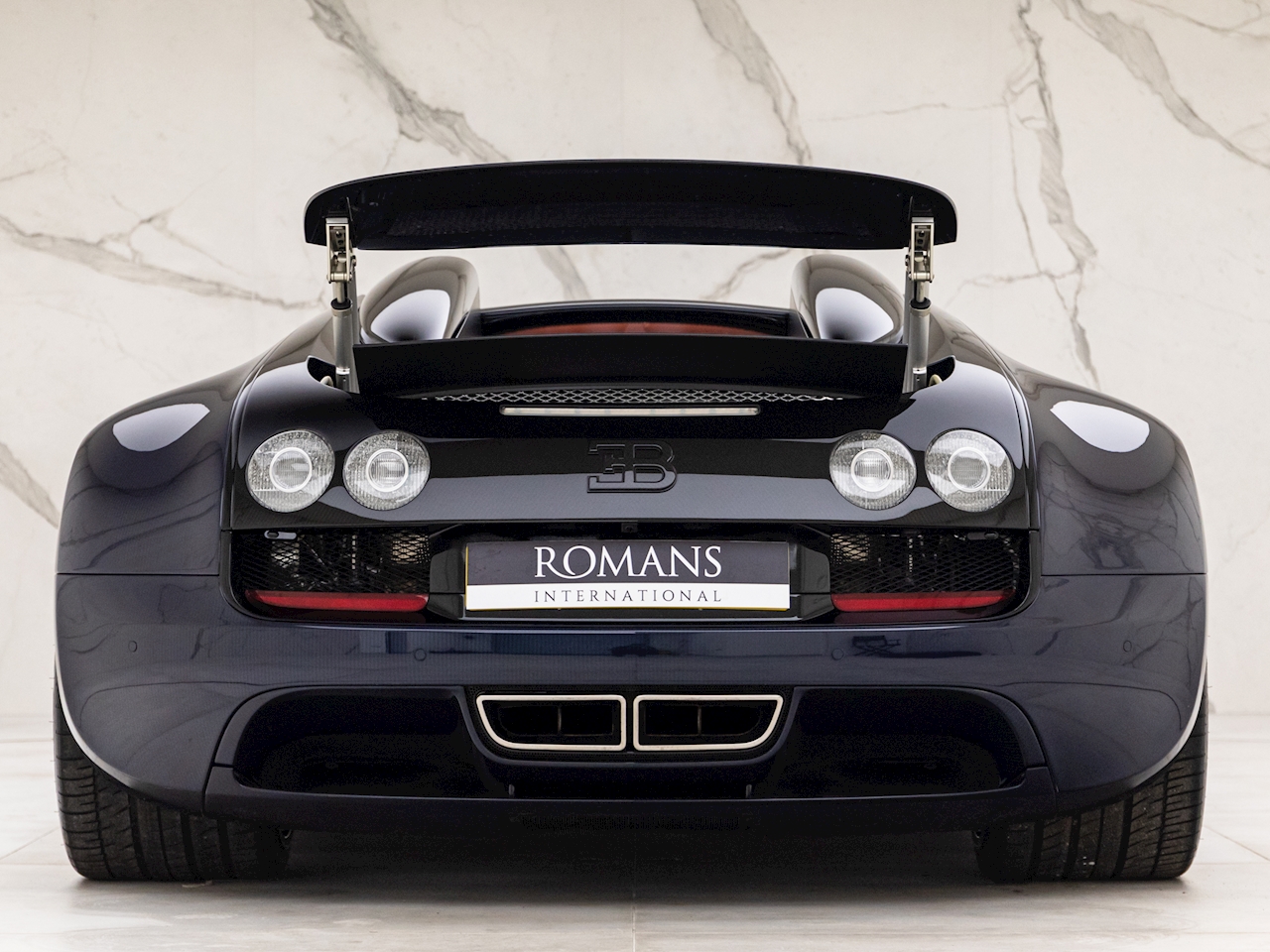 Most notably, the vast majority of the Vitesse’s body panels are finished in dark blue carbon fiber that looks to have been well-maintained since the car left the production line in 2015. Contrasting the blue carbon fiber parts are a number of more traditional carbon fiber components including the hood, A-pillars, engine cover, and the rear wing. Adding to the gorgeous theme of the exterior are black wheels and dark blue brake calipers.

The car has been listed up for sale through Romans International which notes that a paint protection film has been applied to the exterior. It will also be sold with a soft top and a removable hardtop and was recently serviced by the French automaker. 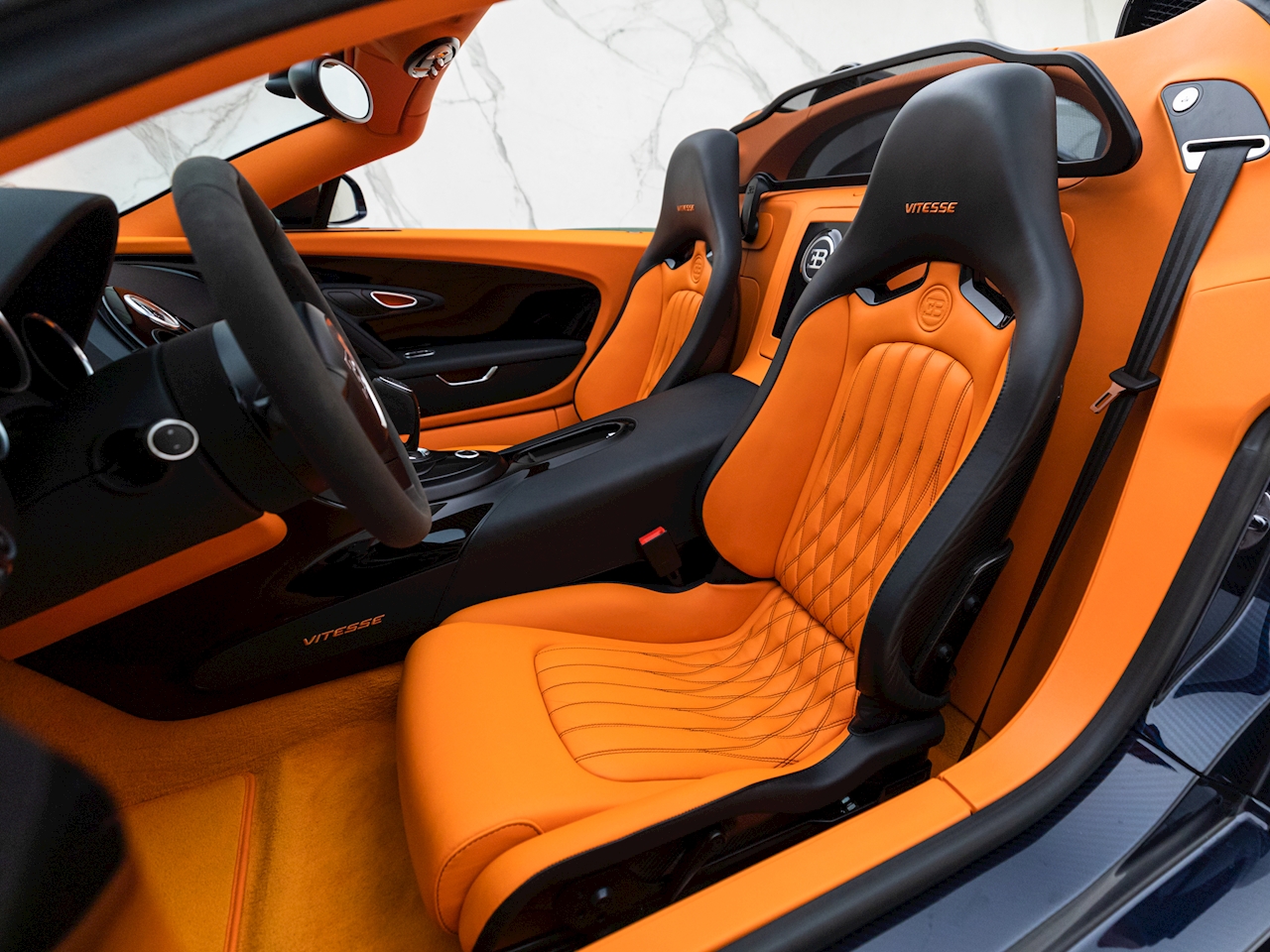 The interior of this Veyron Grand Sport Vitesse is also very striking and dominated by components finished in a mixture of bright orange and black leather, including the seats, door panels, and dashboard, while the center stack is bathed in a dark carbon fiber finish.