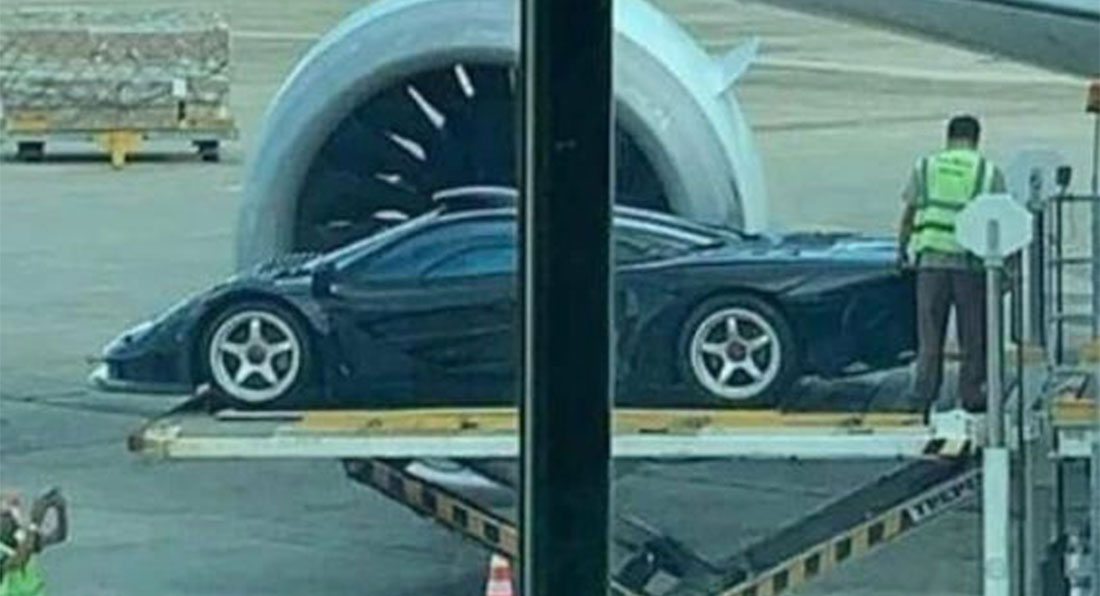 I’ve had nightmares after reading stories of how the Sultan of Brunei’s infamous car collection has been left to rot in the nation’s humid conditions, picturing ruined exotics that fill garages as far as the eye can see. As it turns out, the Brunei Royal Family may actually have some appreciation for the cars in their collection.

Last week, a series of images surfaced online showing the black McLaren F1 GT from the Sultan’s collection being loaded onto a plane destined for London’s Heathrow Airport. These are among the very first images ever snapped of the car and it is thought to be bound for McLaren itself where it will be restored and refreshed.

Watch Also: Inside The Sultan Of Brunei’s Mysterious Car Collection

The Brunei Royal Family has the world’s most remarkable collection of McLaren F1s and at one stage, owned 10 of them. Included among these are three of the five F1 LM models produced, an F1 GTR race car, and this F1 GT, one of just three units in existence. A couple of the F1s owned by the royals have been sold over the years but they are thought to still have at least seven in their possession.

These images of the F1 GT show that it is not in the state of disrepair that many had feared. While most of the photos are quite low-resolution, we can’t see any noticeable bodywork damage. Furthermore, the black paint still has a lovely gloss finish to it and has not degraded while in storage. It is uncertain what kind of condition the cabin of the car is in.

This isn’t the first instance of the royals sending one of their McLaren F1s to the UK to be refurbished. In mid-February, one of the family’s F1s, known as chassis #008 and painted blue, was spotted leaving Heathrow airport on a plane destined for Brunei. Peloton25, widely regarded as the internet’s leading McLaren F1 expert, claims that it was refreshed by McLaren Special Operations.

Photos of these two McLaren F1s don’t only serve to prove that the royal family maintains them and understands just how valuable they are but has also raised hopes that some of their other F1s, including the two particularly famous black F1 LMs, may also emerge from the collection after more than two decades being hidden away from the public.