If you’ve ever dreamed of curating your own movie car museum but are too impatient to spend the next 10 years picking vehicles up piecemeal, Mecum Auctions has just the event for you.

Mecum is selling a host of classic movie cars at its Houston event this coming weekend, and it’s got all the popular bases covered from a Dukes of Hazzard Charger to a Herbie Beetle, A-Team van and Ghostbusters hearse. Honestly, all you need is a tour guide hat and somewhere to showcase them, and your museum is good to go.

The movie and TV cars are mostly replicas, rather than vehicles genuinely used in films and TV programs, but they’ll still draw plenty of attention and would probably earn you a tidy sum every year if you chose to pimp them out for parties, proms and promotional work.

They’re part of a huge collection of 170 vehicles that form the Triple J Ranch Auto Collection and will be auctioned by Mecum between March 31 and April 2, each car being offered with no reserve. Even the cars without any TV and movie connections are in some cases historically important and collectible, including a first-year 1969 Pontiac Firebird Trans Am, a couple of vintage Boss 302 Mustangs, a genuine Dale Earnhardt Jr NASCAR Impala, and one of 50 supercharged Drag Pak Dodge Challengers. 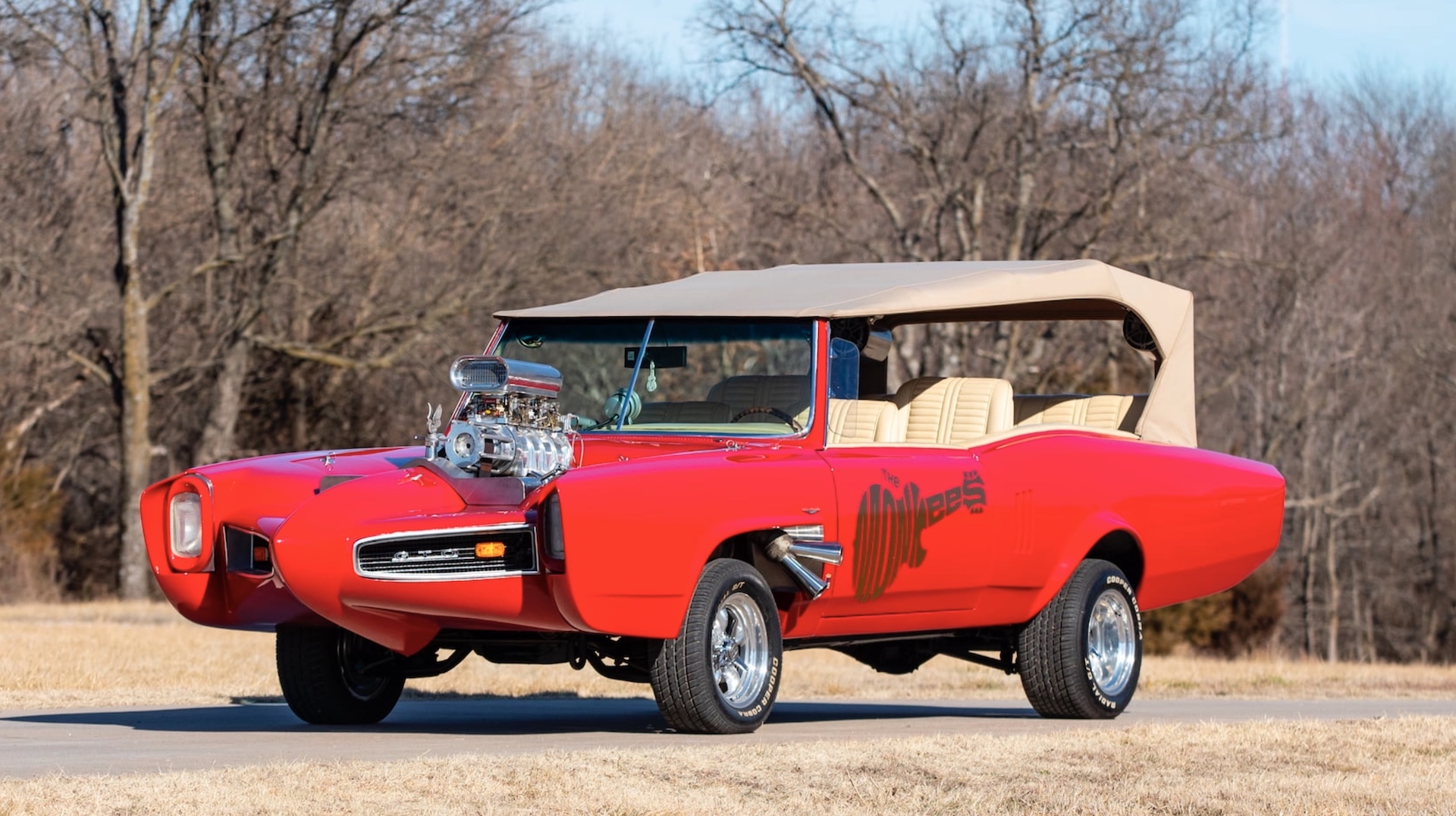 But inevitably it’s the screen stars that really grab the attention. Representing the 1960s are the 1923 Munster Coach and a 1967 Dragula dragster built around a real coffin, while fans of that era’s TV shows might also get a kick out of the Imperial from The Green Hornet, the Pontiac GTO-based Monkeemobile, or Herbie the Beetle. 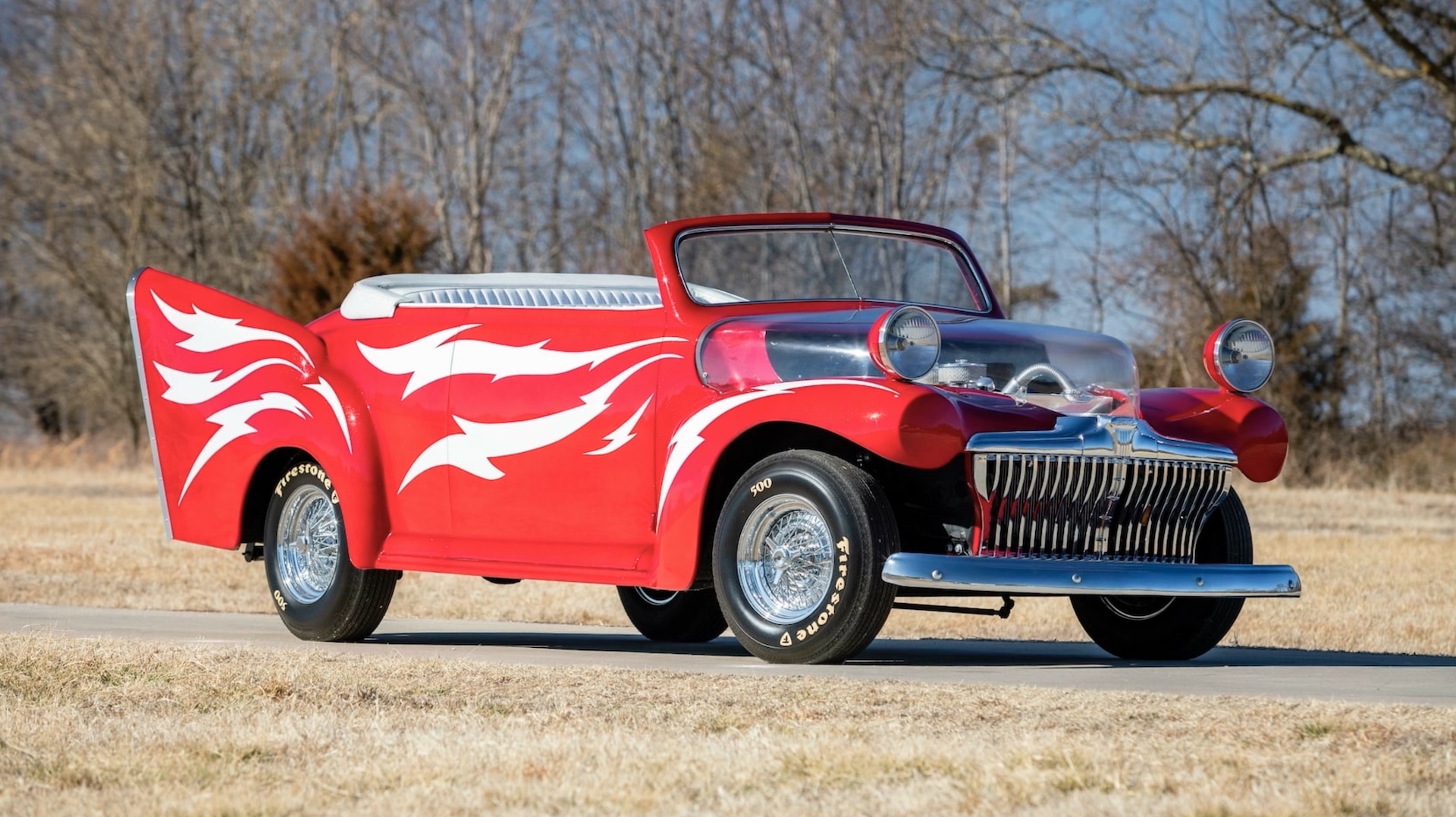 Moving up a decade, we’ve got a ’69 Charger decked out as the General Lee, and apparently used in the original Dukes of Hazzard TV show, plus a replica of the Greased Lightning hot rod from the hit musical, Grease (seen above). 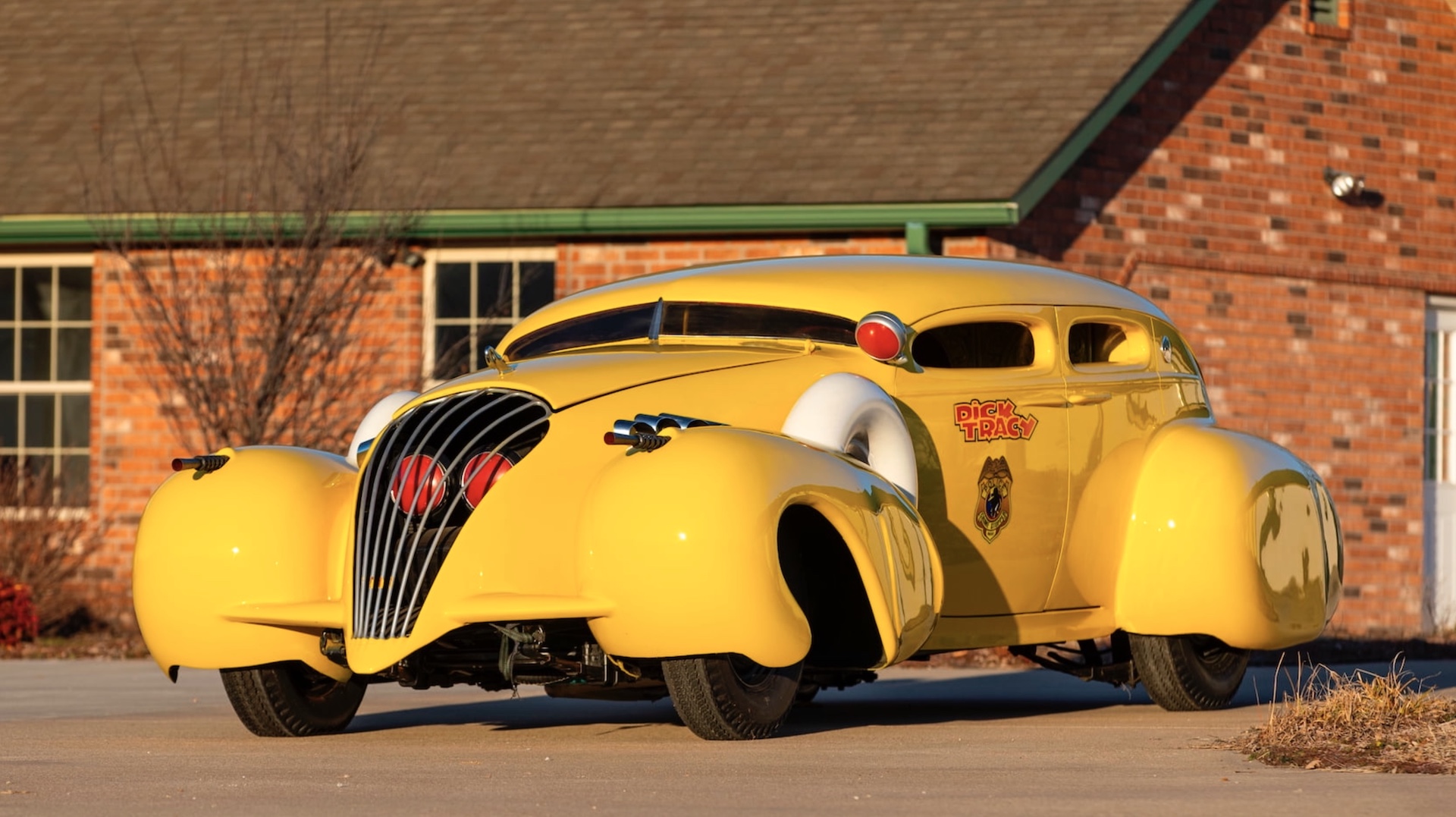 And ticking the box for kids of the 1980s and 1990s are the Ghostbusters’ Ecto 1 Cadillac hearse, the A-Team van, a DeLorean with all of Doc Brown’s favorite mods, comic-strip cop Dick Tracy’s yellow sedan (pictured here), and a C4 Corvette that thinks it’s Michael Keaton’s ride from the Tim Burton Batman movie. 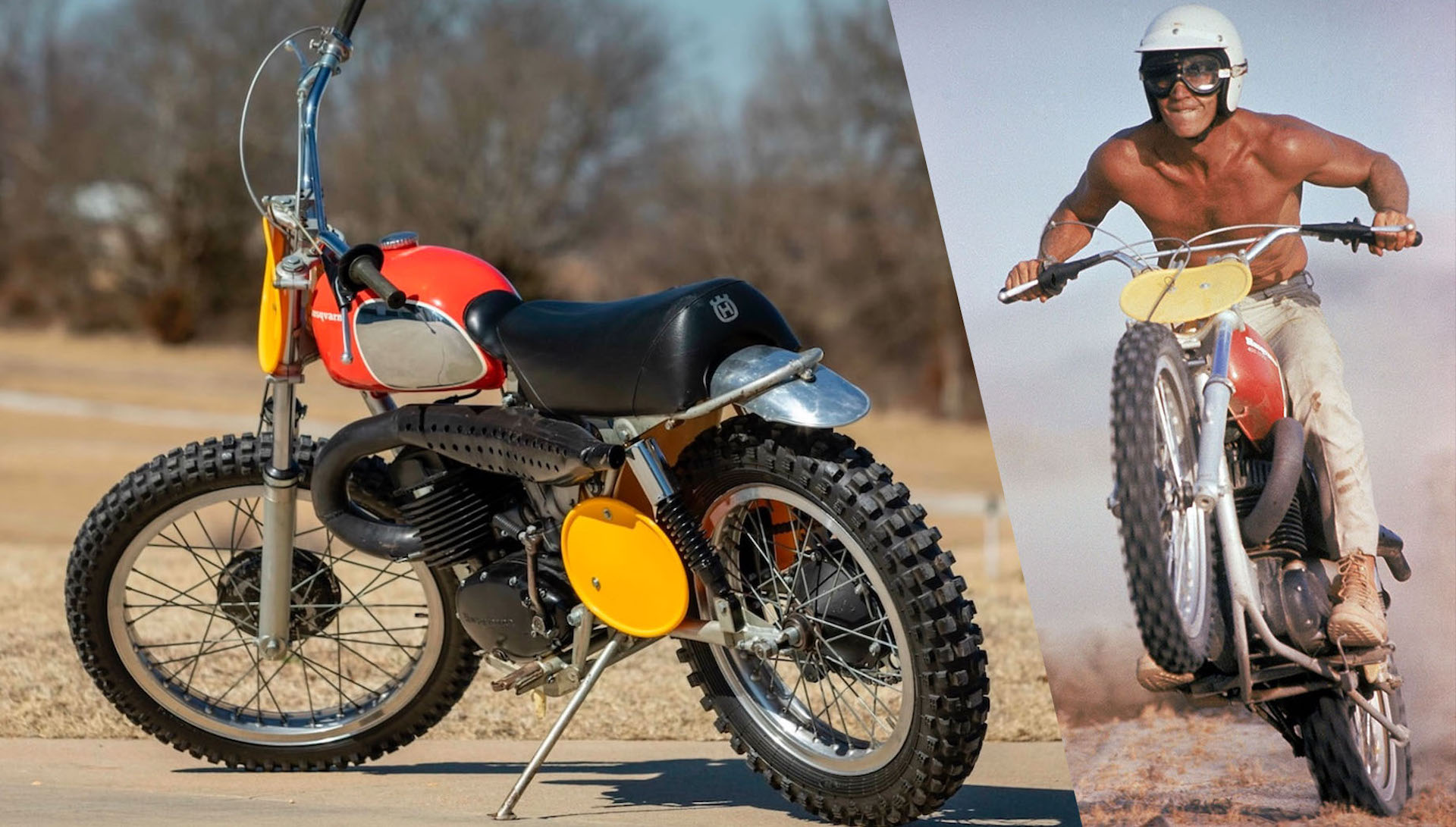 For me though, the coolest machine in the collection doesn’t have four wheels, but two. It’s a Husqvarna 400 cross motorcycle that was previously owned by Steve McQueen and starred with him in an iconic photo on the cover of Sports Illustrated in August 1971. And with an estimate of $125,000 to $175,000 it could be an opportunity to bag an iconic McQueen ride for substantially less than the $3.4 million someone paid for his 1968 Bullitt Mustang in 2020. Click here to check out the full list of auction lots.