One time I went to the grocery store and came home with eight cans of beans because they were on sale. Whoops! But it turns out that the ultra-rich are just like us and one, unnamed, long-time customer recently left Bugatti’s Molsheim headquarters with a whopping eight vehicles.

But whereas I was eating more chili than I’m used to for the weeks following my spree, this owner left the factory with a fleet of six brightly colored Baby Bugatti IIs, a Chiron Super Sport 300+, and a Veyron Grand Sport Vitesse World Record Edition certified by “La Maison Pur Sang.”

You’ll be happy to hear that the new customer didn’t just show up at the factory alone; he was initiating his six children to the Bugatti experience with the classic-inspired mini cars he bought. Or, as Bugatti put it, “he wanted them to experience the magic of Molsheim for themselves.” 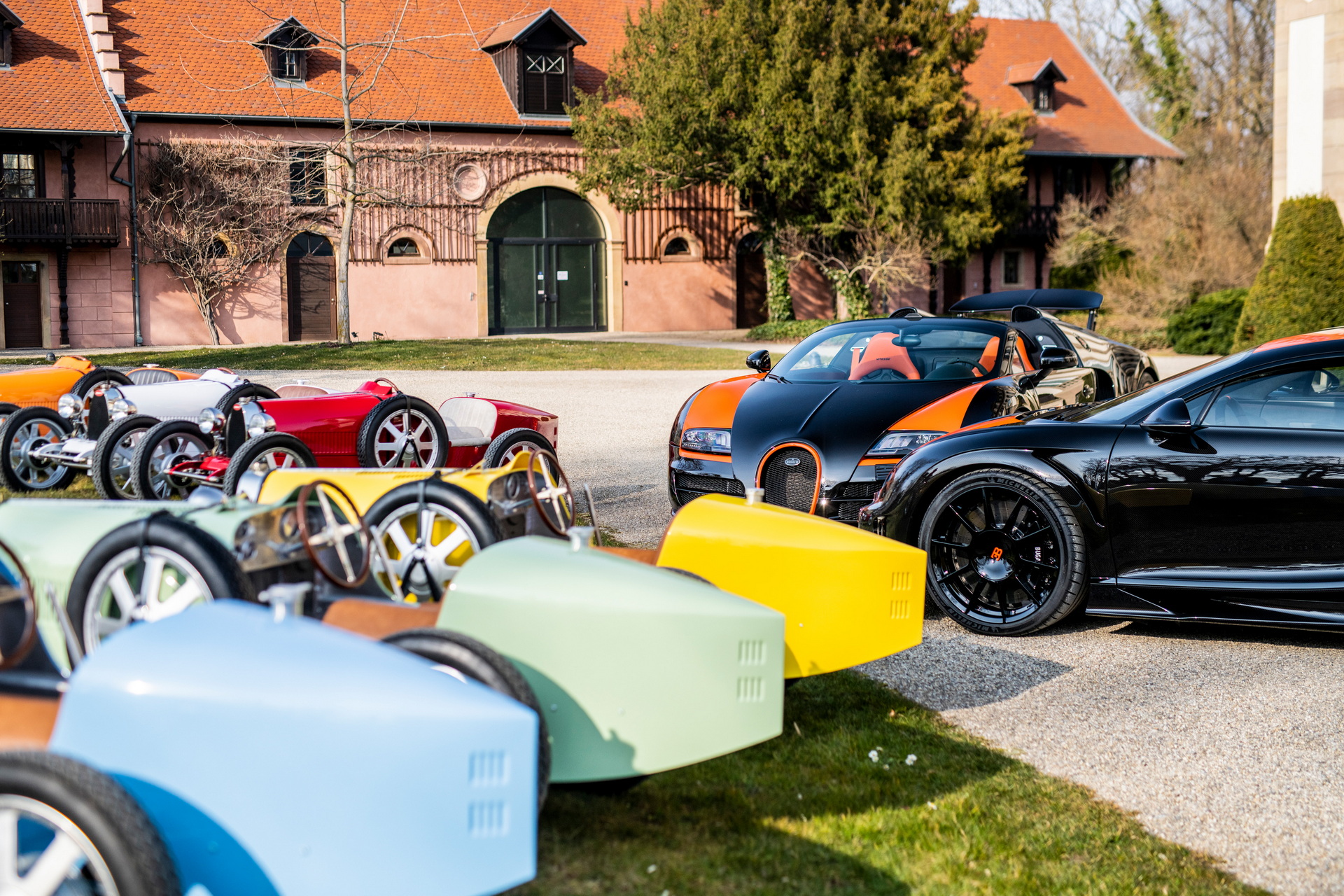 For their trouble, the family was given a tour of the family’s former stables, the intricately engineered Orangery, and the grounds of the Chateau. They also got a tour of the atelier, where a Type 41 Royale and a Type 35 racer were being restored by Bugatti.

Of course, this isn’t the owner’s only experience buying these wildly expensive hypercars, so Andy Wallace, Bugatti’s official test driver, was on hand to surprise the new owner since the two have struck up a friendship in their years interacting together.

Bugatti calls the handover display one of the more noteworthy examples of its customer service experience. The automaker, catering to the ultra-rich, works hard to make them feel special and this is just the latest example of it doing so.

And here I am, still eating my beans.