Hennessey is adding a new model to its lineup with a roadster version of the Venom F5 Hypercar. The company teased the model on its Facebook page, saying it would unveil the car at The Quail on August 9, 2022.

To be revealed as part of the festivities during the world-famous Monterey Car Week, the small-scale automaker and tuner said that the car will share its engine with the Venom F5 coupe. That means that it will be powered by a 6.6-liter, twin-turbocharged V8 engine that is dubbed the Fury and makes 1,187 hp (885 kW/1,203 PS).

The addition will likely add new build spots for those interested in buying the Venom F5 coupe, which sold out in August 2021. That model was recently clocked going 271.6 mph (437 km/h) at the Johnny Bohmer Proving Ground in Florida, though the car is theoretically capable of hitting 311 mph (500 km/h), according to the company.

The Hennessey Venom F5 was first revealed in December 2020 and was designed to celebrate the company’s 30th anniversary. It was named after the F5 class of tornadoes, which feature winds of up to 318 mph (512 km/h).

In addition to the Venom F5 Roadster, Hennessey also recently announced that it is working on a six-wheeled, $3 million EV that it has named “Project Deep Space.” When it revealed the car in December 2021, the company said that it was one of three all-new products it planned to produce over the next 10 years. 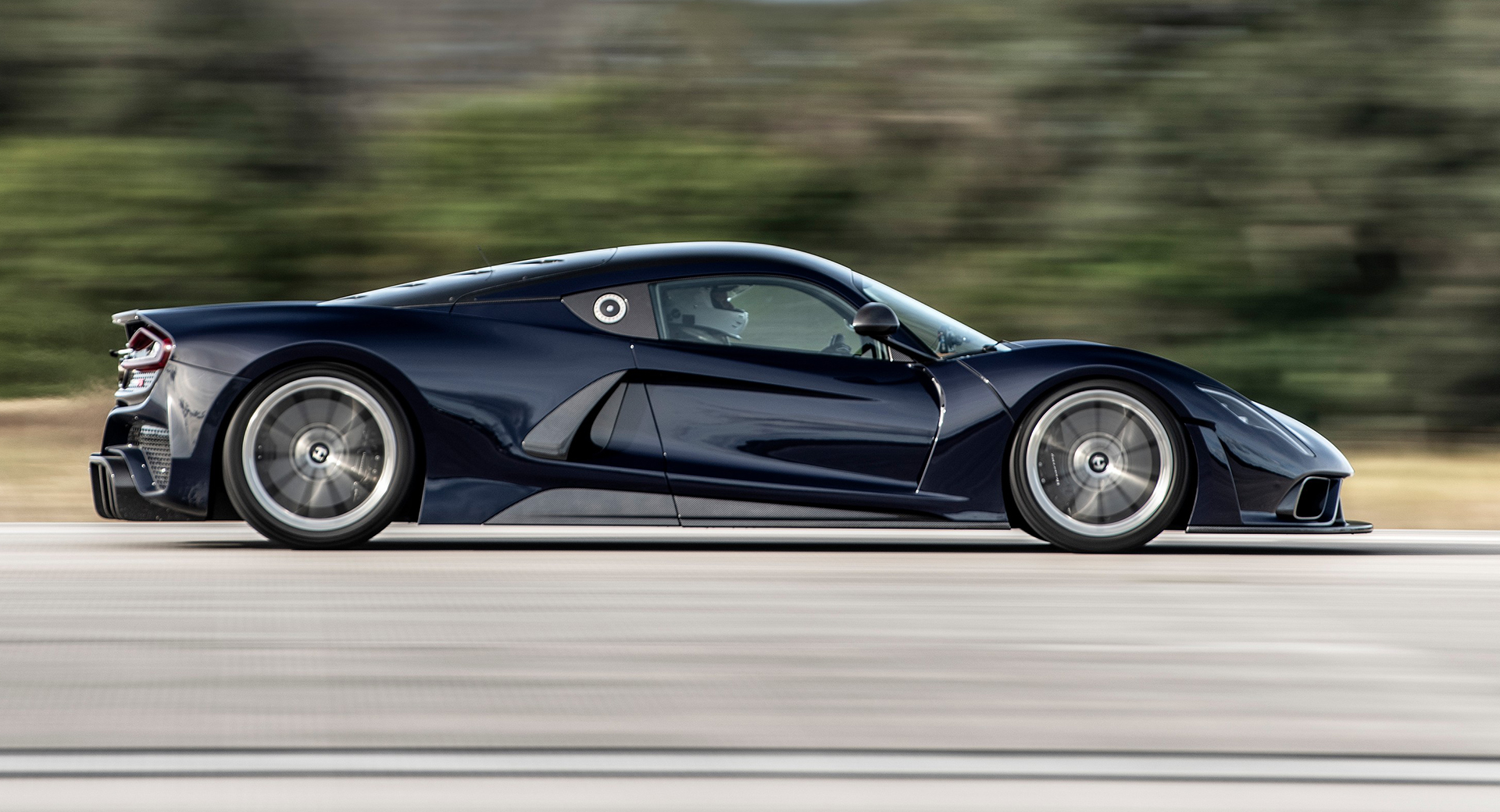