After the introduction of the first Lotus SUV, the Eletre, many fans expressed concern about the future of the company. Hopefully, the opening of a new sports car-focused production center named for the brand’s founder will help quell those concerns. The new production facility at Hethel, the brand’s home since 1966, is a major part of its plan to maintain an athletic ethos.

The Chapman Production Center is the latest piece of the £100 million ($125 million) package Lotus is investing to revitalize its UK facilities. Clive Chapman, son of founder Colin Chapman, was on hand to be a part of the opening.

“I am honored to have been part of this significant day in the history of Lotus. For the Chapman family it is extraordinary to witness Lotus on the path to becoming a global car manufacturer,” he said. Now owned by Geely, many Lotus vehicles including the Eletre will be constructed in Wuhan, China.

Read Also: The Evanora Imagines The Ultimate Lotus Speedster For The Track 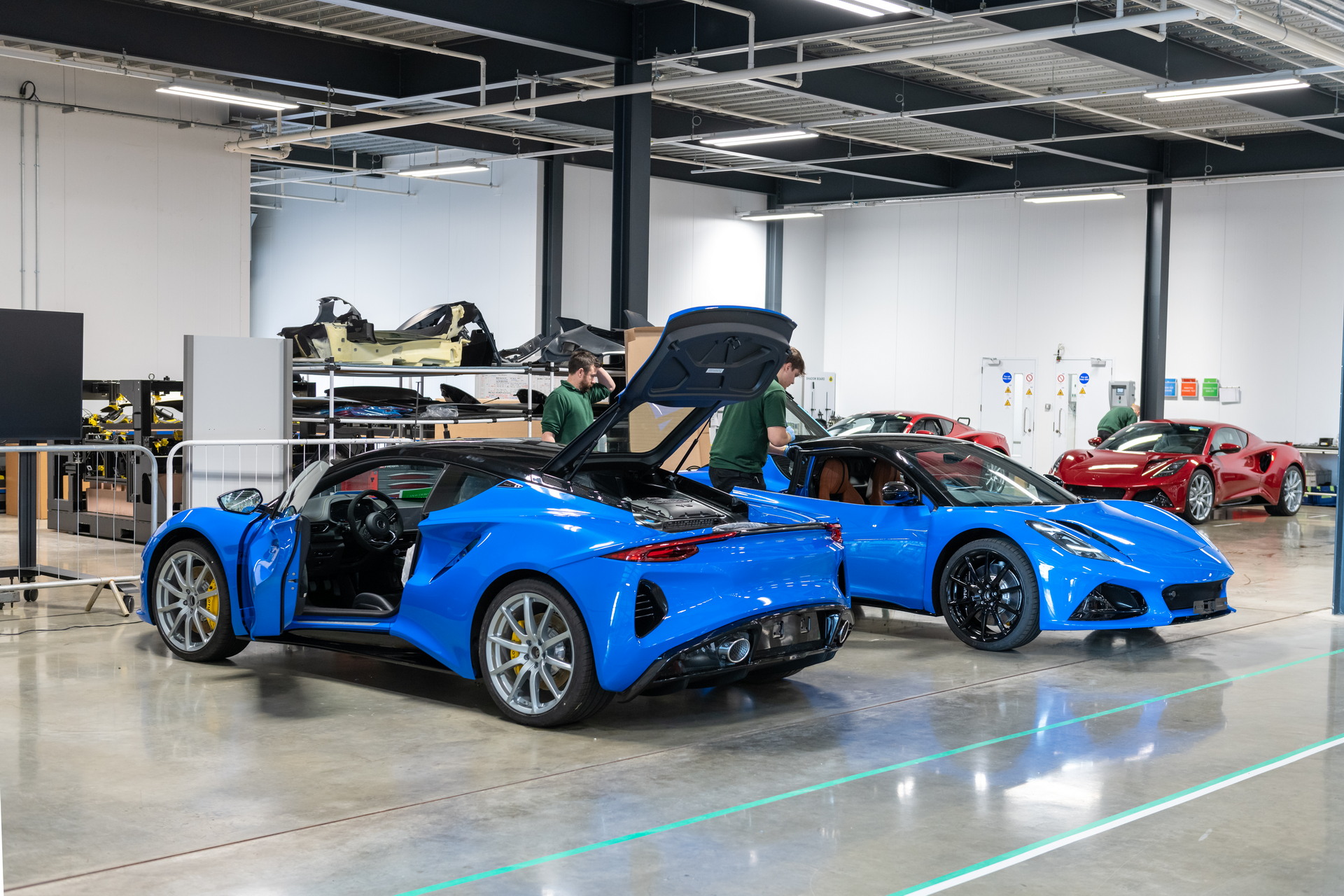 Matt Windle, Managing Director of Lotus, said: “Lotus is transforming from a UK sports car company to a truly global performance car business and brand, and the new Chapman Production Center is a symbol of us delivering on that ambition. We are proud of our past successes and excited about our all-electric future, which was started all those years ago by our founder Colin Chapman, and I am honored that Clive and Jane could join us to mark this occasion.”

Lotus says that it will aim to build around 5,000 cars each year in the new state-of-the-art facility. It’s already in the process of making the last internal combustion car the brand will ever make, the Emira.

Just yesterday, we saw a new teaser that seems to have hinted at a new track-focused Emira variant. While we can’t be sure if it’ll be something of a GT4 fighter or something totally different, we can be fairly certain that it too will be built at the new production facility.

In addition, future Lotus sports cars will be built at Hethel as well and all of them get track-tested as a part of the final sign-off process before delivery. We’re excited to find out what’s next for this new production facility.