Lotus is cooking up something good and it plans to reveal it on Wednesday, May 5, it announced today with a teaser video. Though still shrouded in mystery, the new model may be a track-focused Emira.

The British automaker released a short 13-second video on Facebook that shows little of the car but is scored by an internal combustion engine and features a driver in a carbon fiber racing helmet. The clip also takes place entirely on a racetrack and the steering wheel in the driver’s gloved hands doesn’t look like the road-going version, suggesting that this model may be a dedicated track car.

The video ends with clipped text that appears to say Emira and something else, though we can’t make it out entirely. The tags used are also interesting as they are #emira, #lotus, and #limitless.

Lotus announced a thoroughbred version of the Emira for GT4 racing, in September and promised a live debut in 2021, though that appears not to have happened yet. So far, the company has shown just renderings of the exterior of the vehicle.

Despite that, we know that it will be powered by a 3.5-liter supercharged V6 engine that makes 400 hp (298 kW/405 PS) that is paired to a six-speed xTrac paddle-shifted gearbox. It gets racing suspension from Ohlins, high-performance Alcon disc brakes, and loses a little weight. It tips the scales at 1,260 kg (2,778 pounds) and has redesigned aerodynamics to make it handy on track. Lotus said in September that it would have a limited number of these ready for the 2022 racing season, with more coming for the 2023 racing season.

Whether Lotus reveals a new track-focused vehicle, or this is simply the live debut of the Emira GT4 remains to be seen but either way, the car that the automaker presents should be impressive. 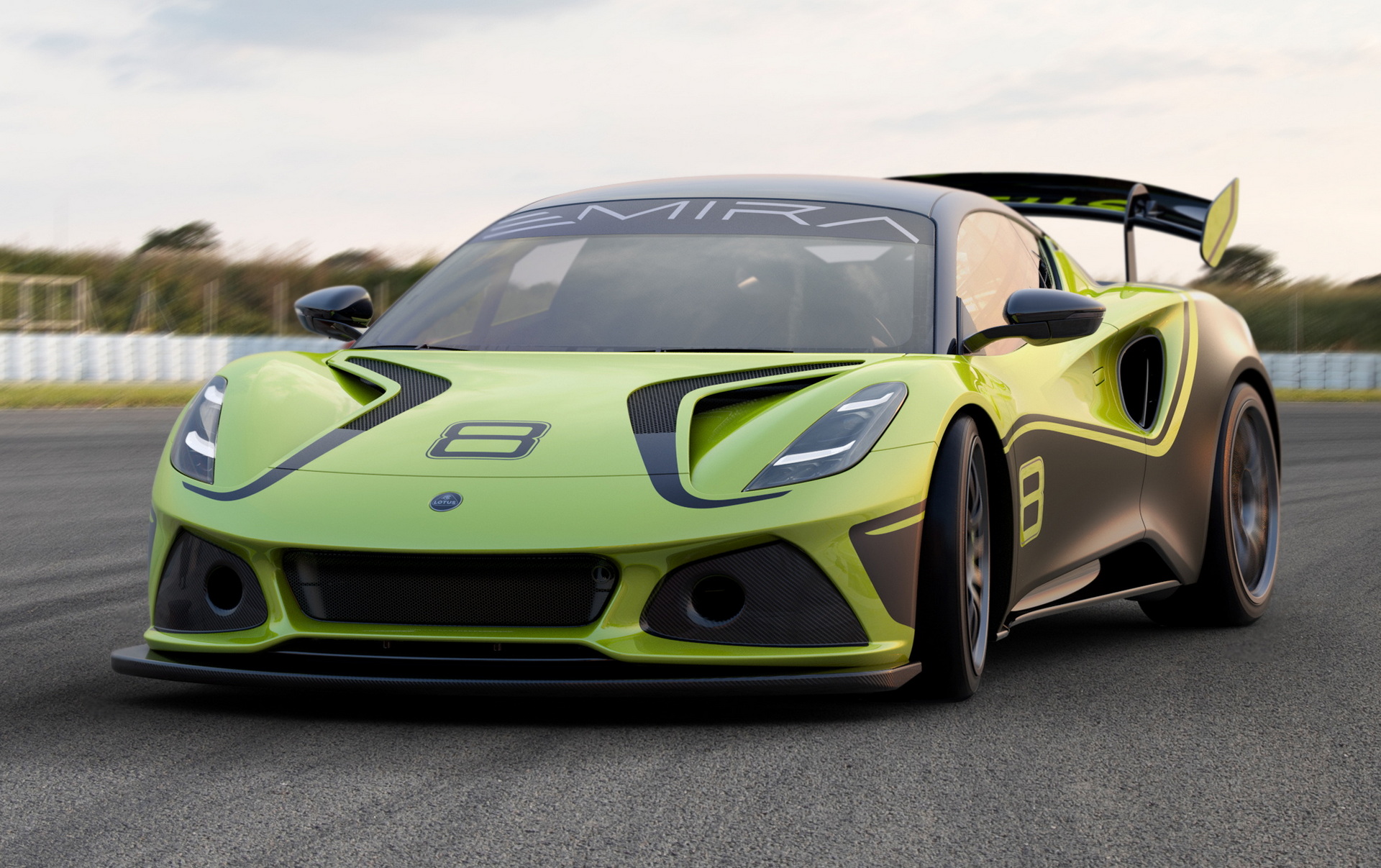