At an age where the whole industry is pushing for electrification, Stellantis made headlines with the introduction of its 3.0-liter Hurricane turbocharged straight-six.

The engine will be featured in the entire Jeep Wagoneer lineup in 2023, but before that happens, a limited number of 2022 Grand Wagoneers will be available with the high output version, which produces 510 horsepower and 500 lb-ft of torque. The EPA has now released fuel economy ratings for that model.

The new Hurricane six-cylinder trumps those fuel economy numbers thanks to its smaller displacement and turbochargers. 20 miles per gallon is achievable on the highway, as well as 14 in the city and 17 combined. Two-wheel drive specification adds one more MPG to the highway rating of both the six and eight-cylinder models.

Read More: Stellantis Just Dropped Its Own 2JZ Twin-Turbo Straight-Six Called Hurricane With Up To 500 HP 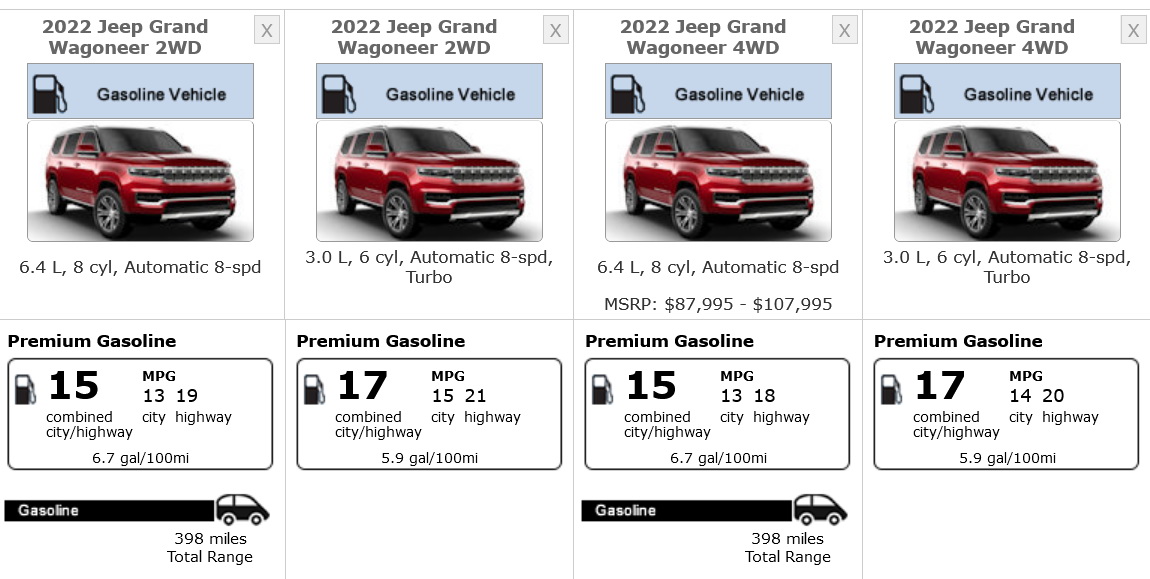 Okay, so maybe the numbers themselves aren’t that jaw-dropping, but it’s worth noting that the new engine was able to beat the V8 not only in fuel economy but power figures as well.

When the 2023 Wagoneer debuts with the new straight-six, the fuel economy numbers should rise due to the standard engine’s output of 420 horsepower and 450 lb-ft of torque. Jeep said when the engine was released that the standard output version would be tuned for fuel economy, so we’re expecting even more impressive results from this mill.

With seemingly no downsides, there aren’t too many reasons you’d pick the V8 over the six-cylinder, which could be bad news for the future of the eight-cylinder in the brand’s models. The Wagoneer L and Grand Wagoneer L already uses the new turbocharged six instead of a V8, and it’s likely that more models will follow this trend. 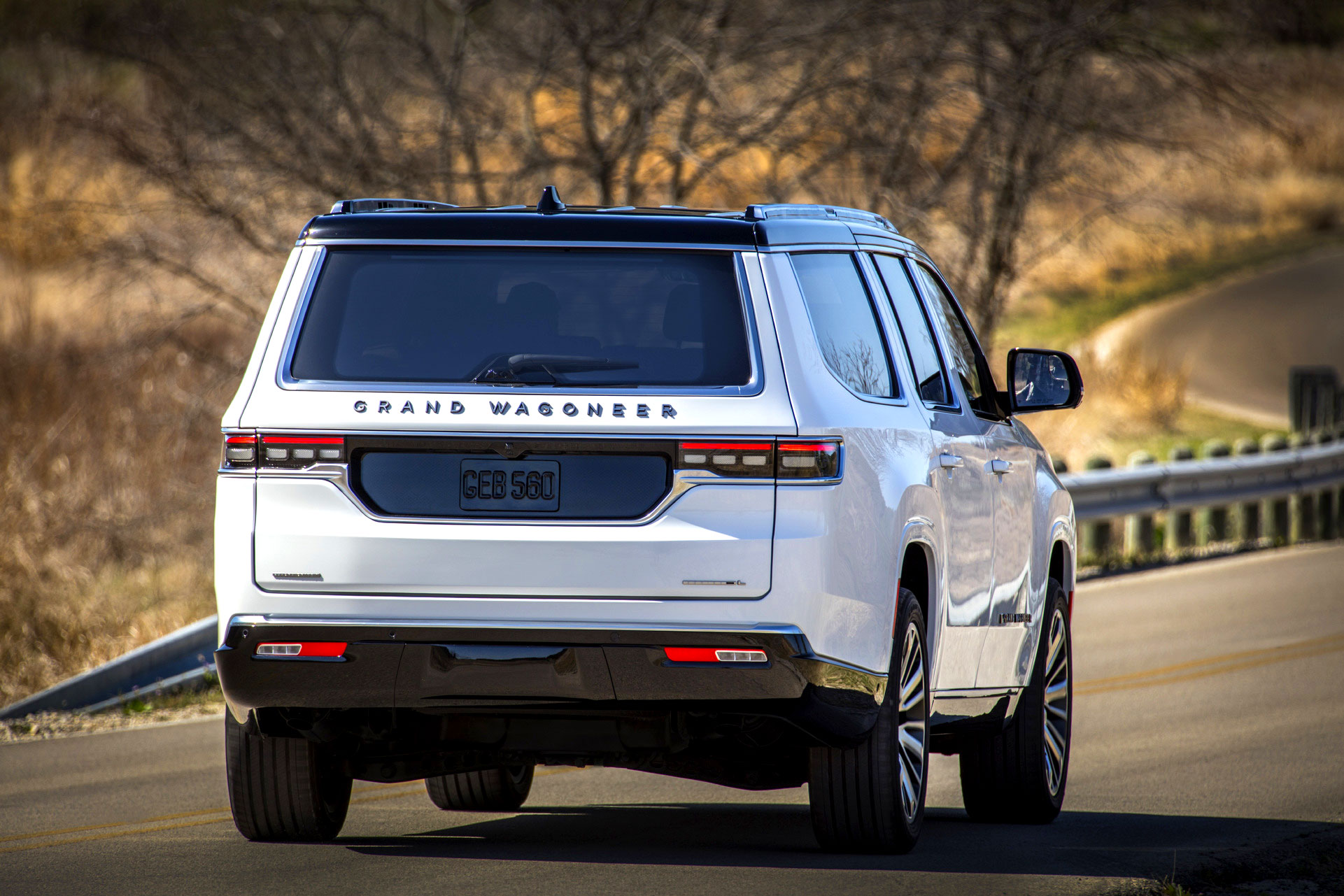