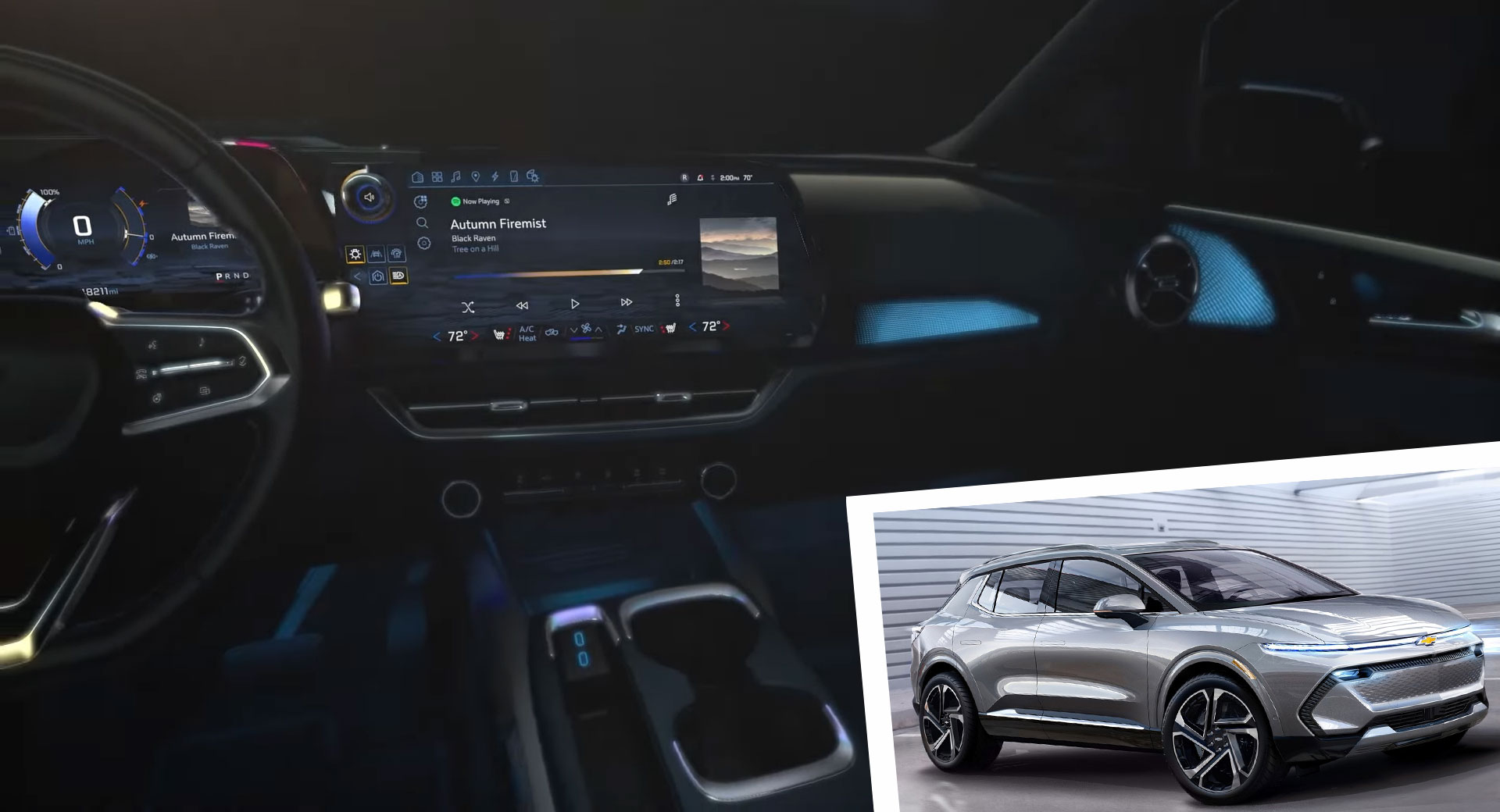 Chevrolet’s electric revolution continues as the company has released a new video of the 2024 Equinox EV.

The latest clip is focused on the interior and it shows the crossover will have a digital instrument cluster and a modern infotainment system with a widescreen display. They’re joined by a floating center console, metallic accents, and illuminated trim on the dashboard and door panels.

Other notable highlights include a minimalist shifter, dedicated climate controls, and circular air vents at the outside edges. Previous photos have also revealed the model will be offered with the Super Cruise semi-autonomous driving system that allows for hands-free operation on more than 200,000 miles (321,869 km) of compatible roads in the United States and Canada.

The exterior isn’t much of a mystery as Chevrolet has already shown the model in multiple guises including the sporty RS trim. While there are subtle differences between trims, the Equinox EV features an edgy front fascia with a fully enclosed grille and a slender light bar. The crossover also has a rakish windscreen, flush-mounted door handles, a prominent shoulder line, and wraparound taillights that are connected by a thin illuminated strip.

The Equinox EV will be launched in the fall of 2023 and it promises to be an affordable electric crossover that starts around $30,000. Chevrolet has been tight-lipped on specifics, but the model will ride on the Ultium platform and the automaker has already confirmed the crossover will be offered in both fleet and retail guise.