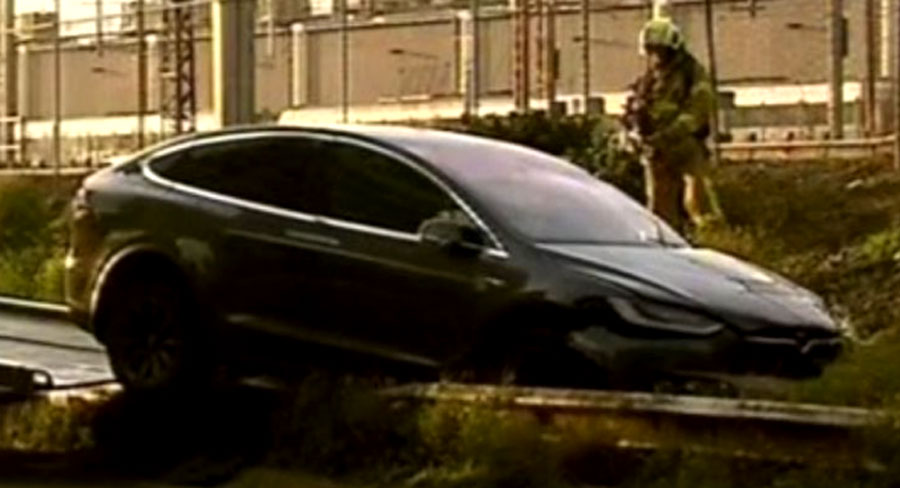 An Australian man is lucky to have escaped without injury after an accident that saw his Tesla Model X veer off the road and onto a guardrail. The driver claims that the electric vehicle was in “Autopilot” mode when the accident occurred.

The driver told Australia’s 9News that he was driving south on Wurundjeri Way in Melbourne on the afternoon of Friday, May 13, when the accident happened. The events occurred during rush hour while the vehicle was driving at around 60 km/h (37 mph).

He claimed that the vehicle was in Autopilot and behaving normally when, all of a sudden, it started shaking and veered off the road, eventually mounting the guard rail. The impact was violent enough to tear one of the Model X’s front wheels clean off.

The position of the accident made recovering the vehicle challenging for fire crews, who worked to move the vehicle onto a car hauler without doing too much damage to the underbody, where the batteries are kept.

The owner of the vehicle said he owned the vehicle for three years and had never experienced any issues with Autopilot before. Tesla’s advertising of the system has come under fire, though.

Although the Californian company claims to regulators that Autopilot (and the related FSD) system is a Level 2, self-driving system, it has been accused of overselling its abilities to the buying public, leading to dangerous behaviors, such as sleeping behind the wheel.

A recent study, meanwhile, has shown that, although it and other advanced driver assistance systems can handle driving situations in which all of the rules of the road are being followed, they fare less well when something unexpected (such as a bicycle crossing the road) happens.