We already know that the 2023 Ford Bronco Raptor’s $68,500 base price makes it twice as expensive as a base 4-door Bronco, and requires $20,000 of extra outlay versus the Bronco Wildtrak. But judging by official economy figures it looks like the purchase price isn’t the end of the expense for Raptor buyers.

Bronco fans on the Bronco6G forum recently got a look at a window sticker for one of the hot new Ford trucks, revealing that the high performance Raptor is rated at just 15 mpg city, 16 mpg highway, and 15 mpg overall. That compares with a 20/22/21 mpg rating for the 2.3-liter four-cylinder Bronco in entry level trim.

But to be fair to the Raptor, that’s not really the whole story. Order your 2.3 Bronco in trail-loving Badlands trim with a manual transmission and those numbers tumble to 16/18/17 mpg, which is actually worse than the 17/18/17 mpg figures attributed to the 2.7-liter V6 Ecoboost Badlands with the 10-speed automatic option.

So maybe the Raptor’s 15 mpg combined rating, while hardly welcome given how gas prices have rocketed over the last year, isn’t as bad as it first looks. And you do at least get a big jump up in performance for your small jump down in economy. The 2.3-liter Bronco makes 300 hp (304 PS), and the 2.7 cranks out 330 hp (335 PS), while Ford says it’s targeting over 400 hp (406 PS) for the Raptor courtesy of a tough iron-block 3.0-liter Ecoboost V6.

Power is transmitted to the road via a 10-speed gearbox, similar to the one found in the F-150 Raptor and Ranger Raptor. The four-wheel drive system will feature seven different “G.O.A.T” modes for off-road exploration including a Baja mode that actives a turbo anti-lag system designed for “high-speed desert runs.”

Reaction to the Raptor’s economy figures on the Bronco6G forum seemed mixed. Some joked about the bad timing of buying such a thirsty car when gas in some states has topped $6 per gallon, and highlighted how out of touch the estimated annual fuel cost figure of $2,350 is because it is based on a $2.35 gallon.

But others claim they’re not concerned because their existing Broncos already achieve more than the official mpg figures, while another faction says it simply doesn’t care: when your back catalog of vehicles included classic muscle cars and big-block trucks that return close to single-digit economy, 15 mpg is almost Prius territory.

H/T to Doug at Bronco6G 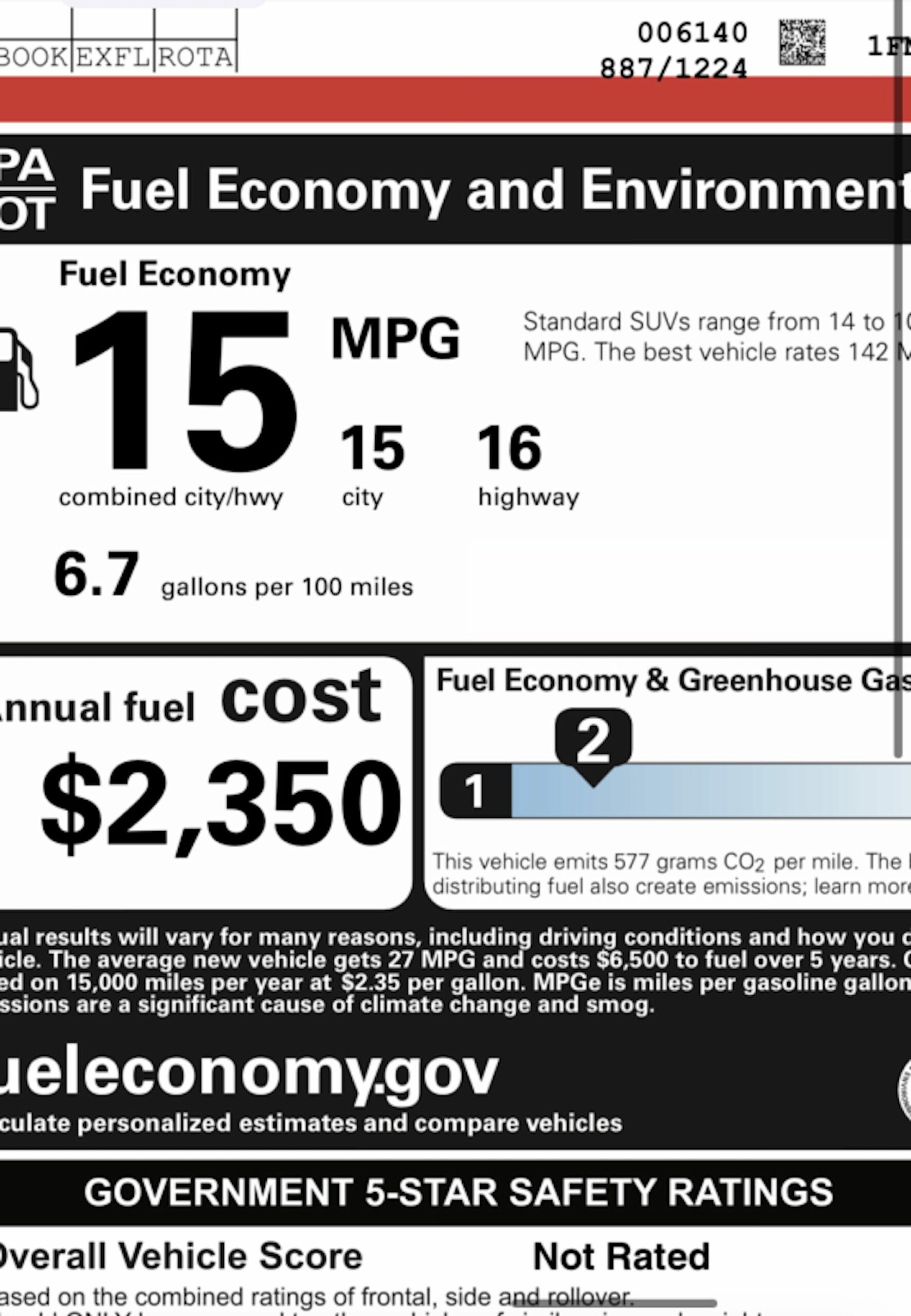