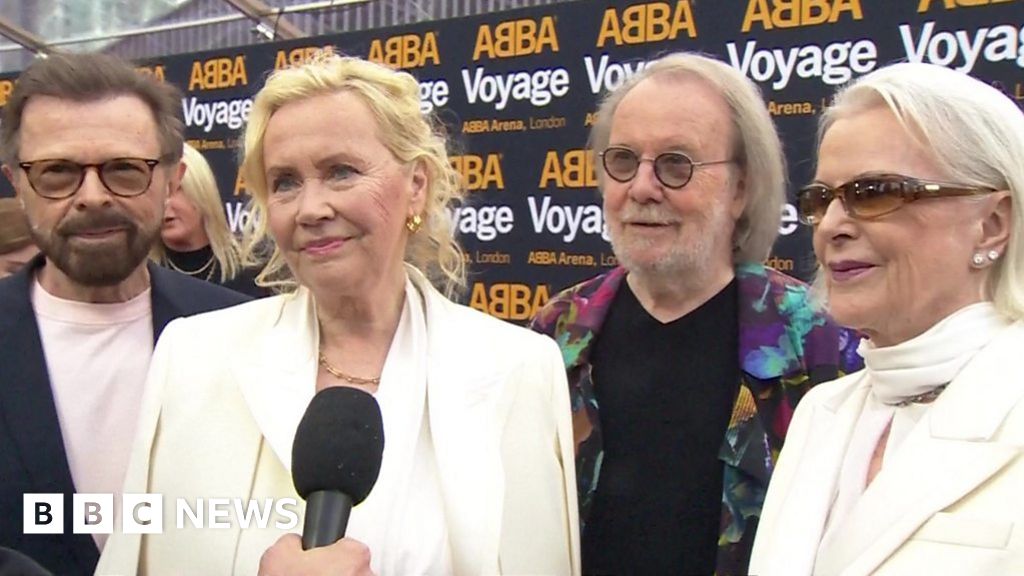 All four members of the Swedish band ABBA have reunited on the red carpet ahead of their Voyage concert in London.

This is the first time all four members have been interviewed together since the band announced they were reuniting last year.

The gig in London’s Olympic Park will feature avatars of the four stars, alongside a live band playing their greatest hits.