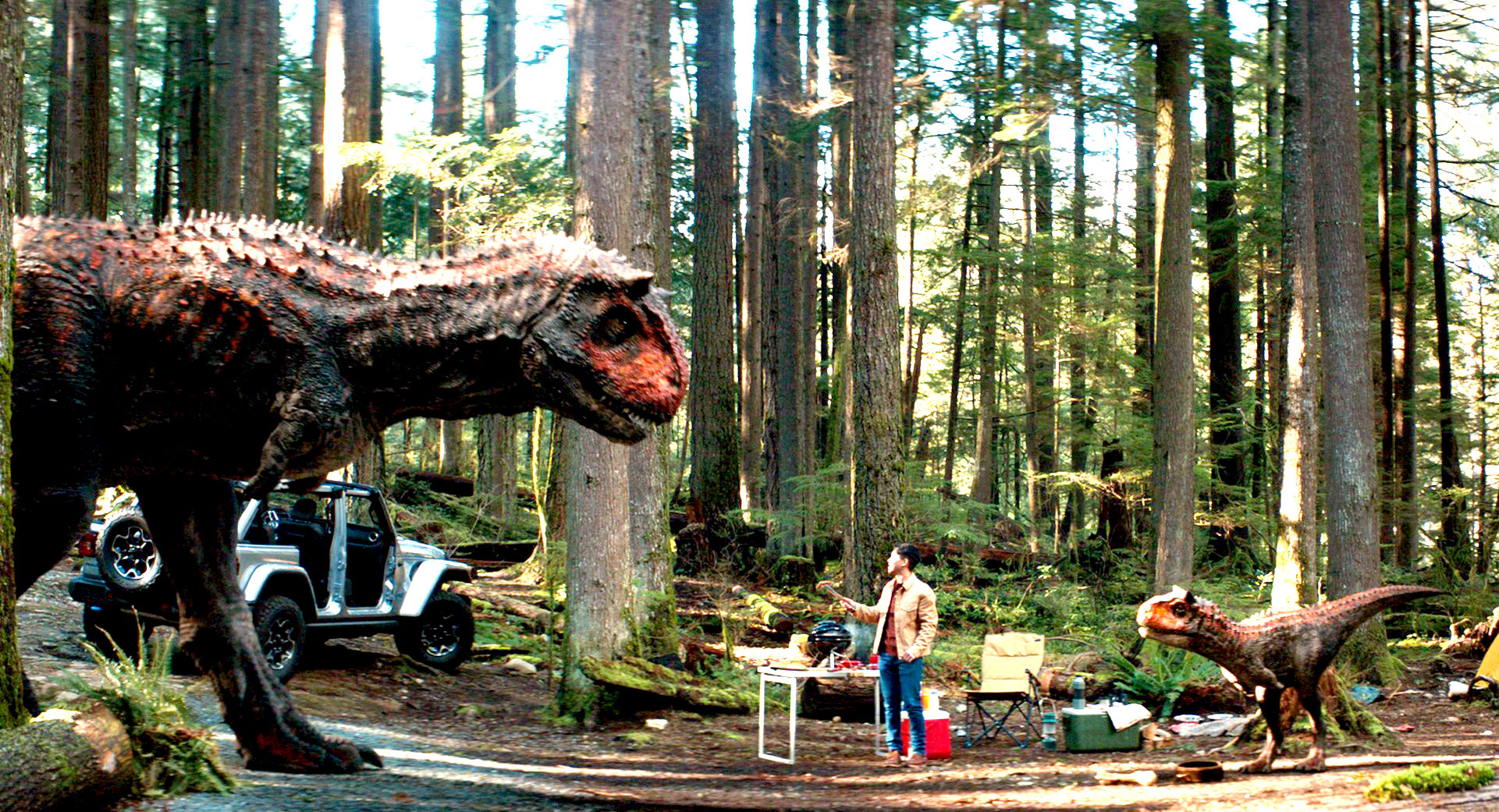 With the launch of Jurassic World Dominion just over a week away, Jeep is launching its own dino-centric campaign. Multiple Jeep vehicles appear in the film and a new commercial for the automaker features a new baby dinosaur that was created specifically for this purpose. As part of the campaign Jeep Wave members are even getting special early access to the movie itself.

While many Jurassic Park fans remember the Ford Explorers that are destroyed in the original film, it’s a pair of Jeep Wranglers that make up the vast majority of the driving scenes in the movie. Now, nearly 30 years since the release of that original film, Jeep is teaming up once again with the Jurassic franchise to highlight its products.

A new commercial called Jeep x Jurassic features a Jeep Wrangler 4xe customer who finds a baby Carotaurus in his front yard. What follows is a montage of antics experienced during his time caring for the juvenile theropod. The relationship seemingly ends with the customer being eaten when the pair come across the baby’s mother on a camping trip.

Thankfully, it’s all just a dream but Jeep wants to be sure that people associate the expansive blockbuster and its epic filming locations with the automaker itself. Three different Jeep products include a Wrangler, a Gladiator, and even a classic Grand Wagoneer. The Jurassic World Dominion campaign isn’t a new partnership for Jeep either. Before the release of ‘Jurassic World: Fallen Kingdom’, a similar commercial was released featuring Jeff Goldblum reprising his role as Ian Malcolm.

Those who have already purchased a Jeep and are part of the Wave program have a special opportunity too. On June 8th and 9th, multiple outdoor venues across the nation will screen Jurassic World Dominion for Jeep Wave members only. Locations for the movie include Miami, Los Angeles, New York, Detroit, Chicago, and Warwick, New Jersey.

Those who aren’t a part of the program will have to wait until the movie opens in theaters nationwide on June 10th. Does this sort of campaign amp up your interest in the film or the automaker? Perhaps Jeep needs to offer a limited-edition Jurassic Park package instead.